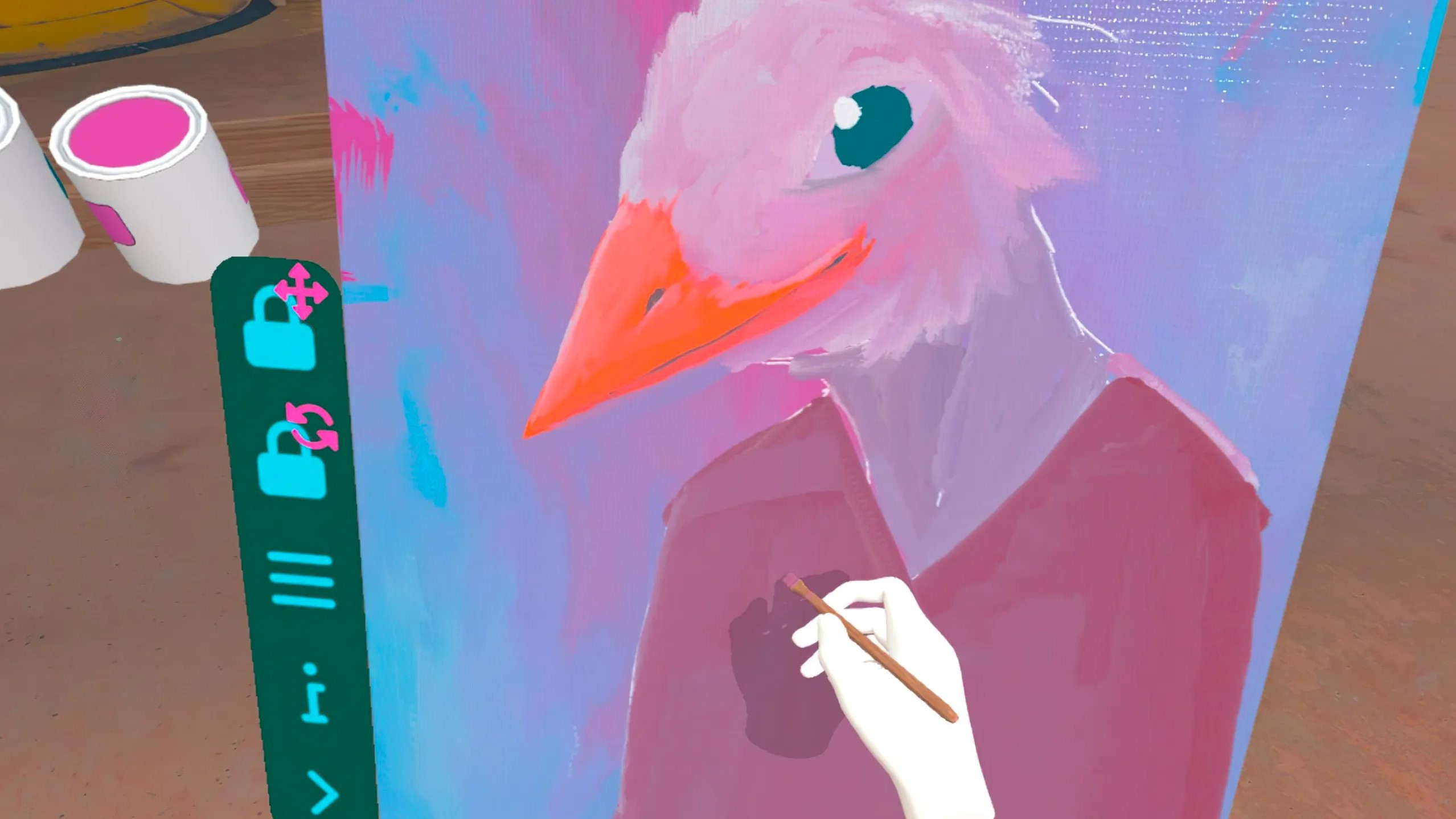 There’s a few really great art apps for VR already, like Tilt Brush, Kingspray, and Gravity Sketch, but few focus solely on painting on virtual canvas. Now Painting VR, a painting simulator that lets you mix and use fresh paint while creating on realistic canvases, is officially out of is Early Access period on App Lab, coming to the Meta Quest Store for Quest and Steam for PC VR headsets.

Update (April 15th, 2022): Painting VR arrived on the official Meta Quest Store for both Quest and Quest 2, and to Steam for all SteamVR headsets for the first time. Priced at $20, the app lets you mix colors, dip your brush in and start painting.

Check out the new release trailer below to see Painting VR in action, replete with finger painting. The original article detailing its launch on App Lab follows below:

Original Article (May 11th, 2021): Developer Oisoi.studio bills Painting VR as an app that’s “very hands-on, easy to understand, and aimed at all ages.”

“Play around and feel the relaxing satisfaction of putting unlimited amounts of fresh paint on a huge canvas,” Oisoi, says. “Teach yourself the basics of colors, the painting process and composition. Sharpen your skills by experimenting with the tools and techniques at hand, and become part of a new wave of digital artists. All without having to bother about cleaning up afterward.”

Check out the trailer below to see Painting VR in action:

Painting VR is available via Oculus App Lab for Quest, and is priced at $10.

Painting VR is planned to stay in early access on App Lab for “about a year,” the studio says, with updates coming every trimester.

The studio says its second update will add more creation tools, whilst the third update will focus on “connecting with the world and other users.” A fourth update will introduce the ability to add new environments and tools through the game’s upcoming market place.

The art app is currently only available for Quest and Quest 2, however the studio says it’s considering a port for other VR platforms as well.