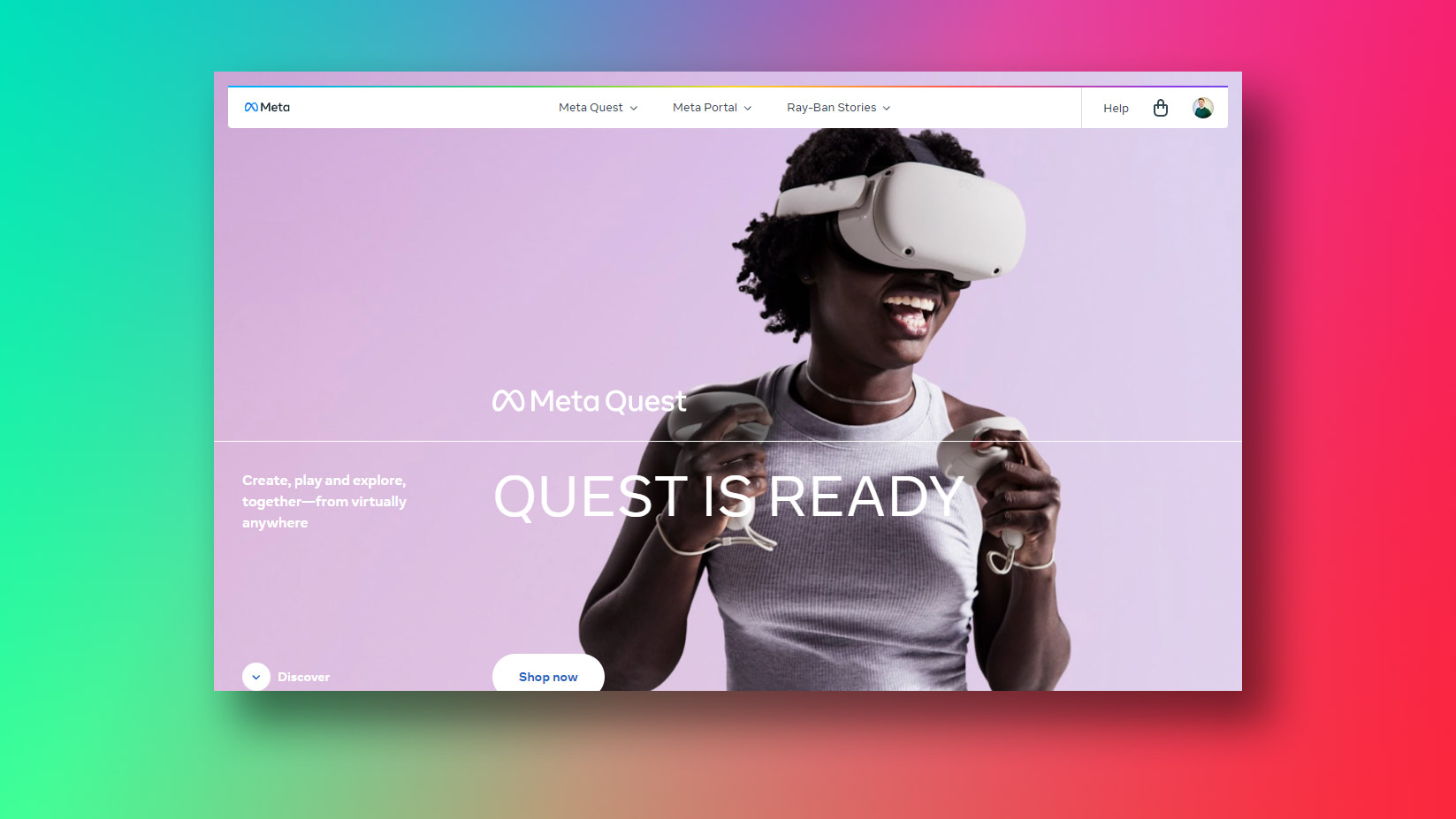 Alongside the announcement of the company’s first retail store, Meta has begun redirecting visitors of the longstanding Oculus.com website to its new Meta Store.

Facebook announced back in late 2021 that it would rebrand itself to Meta and eventually dissolve the Oculus brand. In 2022 the company has steadily taken steps to make this a reality, including rebranding its flagship VR headset, Oculus Quest 2, as Meta Quest 2. The company has also pushed the Meta Quest brand elsewhere by replacing the Oculus logo in various places.

But one steadfast holdout was Oculus.com, the URL of company’s front-facing VR division for many years, which housed the storefront for the company to sell headsets along with its VR app catalogue. Even after the site’s content had fully moved to Meta Quest branding, the URL still read Oculus.com.

Today Meta continued its move to erase the Oculus brand; if you visit Oculus.com you’ll now be redirected to store.facebook.com/quest. The new site is a unified storefront for all of Meta’s hardware products, which right now is just Quest, Portal, and Ray-Ban Stories.

The move came at the same time the company announced it will be opening its first retail store which will also feature all of its hardware products.

Meta must have been in a rush to make the switch, as it oddly dropped Oculus.com URL in favor of a Facebook.com URL (instead of a Meta.com, which the company appears to control).

A large portion of the VR community were blindsided by Meta’s decision to dissolve the Oculus brand which has held very positive sentiment despite the growing unpopularity of the Facebook brand which owned it (prior to the change to Meta). The brand was so iconic that it’s still common to see people refer to any of the company’s headsets as ‘the Oculus’.

Oculus founder Palmer Luckey, who was booted from the company back in 2017, suggested that Meta should have embraced the Oculus name even more deeply, rather than dissolve it.

“If anything, they should have renamed the whole company Oculus [instead of Meta]. It isn’t just the best brand in their stable, it is one of the most positively associated brands in existence,” Luckey said recently on Twitter. “Not even Quest branding will survive in the long run. It will all be replaced by Meta.”

For execs at Meta, however, the move makes sense. The company has made a big pivot toward focusing on the metaverse and wanted to point its hardware and software in that direction in a unified way. Instead of Oculus Quest, Facebook Horizon, and Facebook Portal, now it’s Meta Quest, Meta Horizon, and Meta Portal.

Only time will tell if the branding move was the right choice—or even if it really matters at all—but the general sentiment among XR industry & enthusiast folks is that the Oculus brand was liked and will be missed.

But Oculus.com isn’t completely dead. Not yet, anyway. Although Oculus.com now redirects to a Facebook.com URL, the Oculus.com domain still houses the company’s entire VR app catalogue and its VR developer resources; meanwhile, the Quest companion smartphone app, which is required to use the headset, is still called ‘Oculus’. Though it seems likely these too will be retired in favor of Meta branding before the year is out.