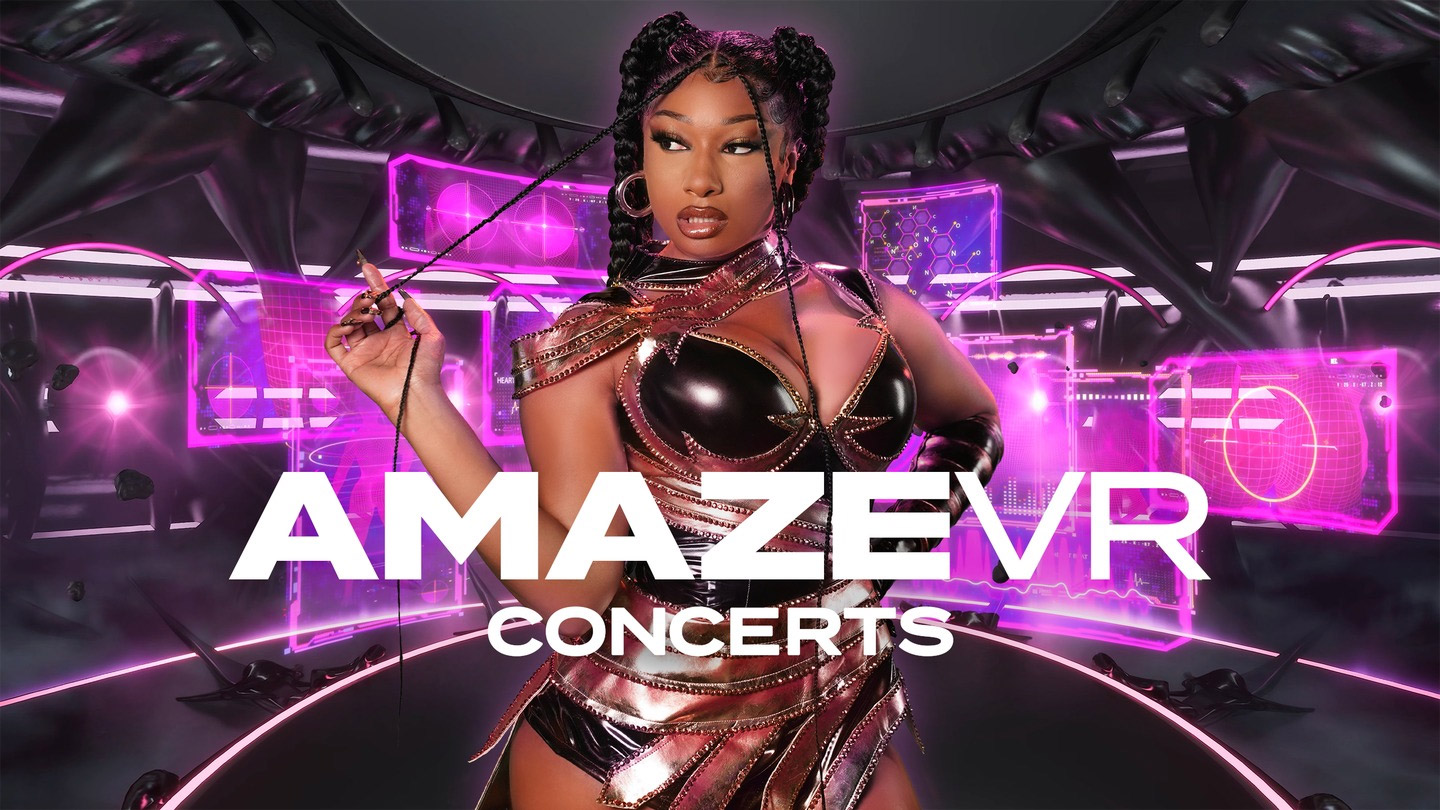 Megan Thee Stallion’s music might not be my personal cup of tea, but I know good tech when I see it—and I was floored when I hoped into the recently released Megan Thee Stallion VR Concert experience to find one of the highest quality VR live action performances I’ve ever seen.

The app was developed by AmazeVR, which worked directly with Megan Thee Stallion to capture high quality 3D footage of her performances with a moving camera, making it feel like you’re floating right next to her as she sings and dances. The live action capture is integrated with a pre-rendered CG environment, and the app smartly adds some minimal real-time elements into the scene to blur the line between pre-rendered and real-time. All in all it’s a very well executed and on-brand take on a VR concert experience (though sadly missing the key ability to watch with friends).

The excellent capture quality actually made it ever so slightly unnerving to be that close to the artist, who in some of the performances is essentially giving you a personal strip tease. And while functionally there’s no nudity, the performance definitely couldn’t be called ‘safe for work’.

That in itself was interesting; Megan Thee Stallion VR Concert is only available on App Lab at this point, it is to my knowledge the most ‘adult’ piece of content Meta has yet allowed onto App Lab. Although App Lab is an official but unlisted ‘shadow store’ for Quest content, developers still need to abide by Meta’s content guidelines.

This appears to be one of the clearest examples yet of an app toeing that line—thus, the Megan Thee Stallion VR Concert sets an important precedent.

This isn’t the first time we’ve seen developers test the boundaries of App Lab. One of the first examples we saw was The Unity Cube, which tested to see if Meta would allow onto App Lab a technically sound app that was completely devoid of meaningful content. They did. Another app showed us that Meta would permit triple-digit pricing on App Lab—at least for a clearly legitimate app.