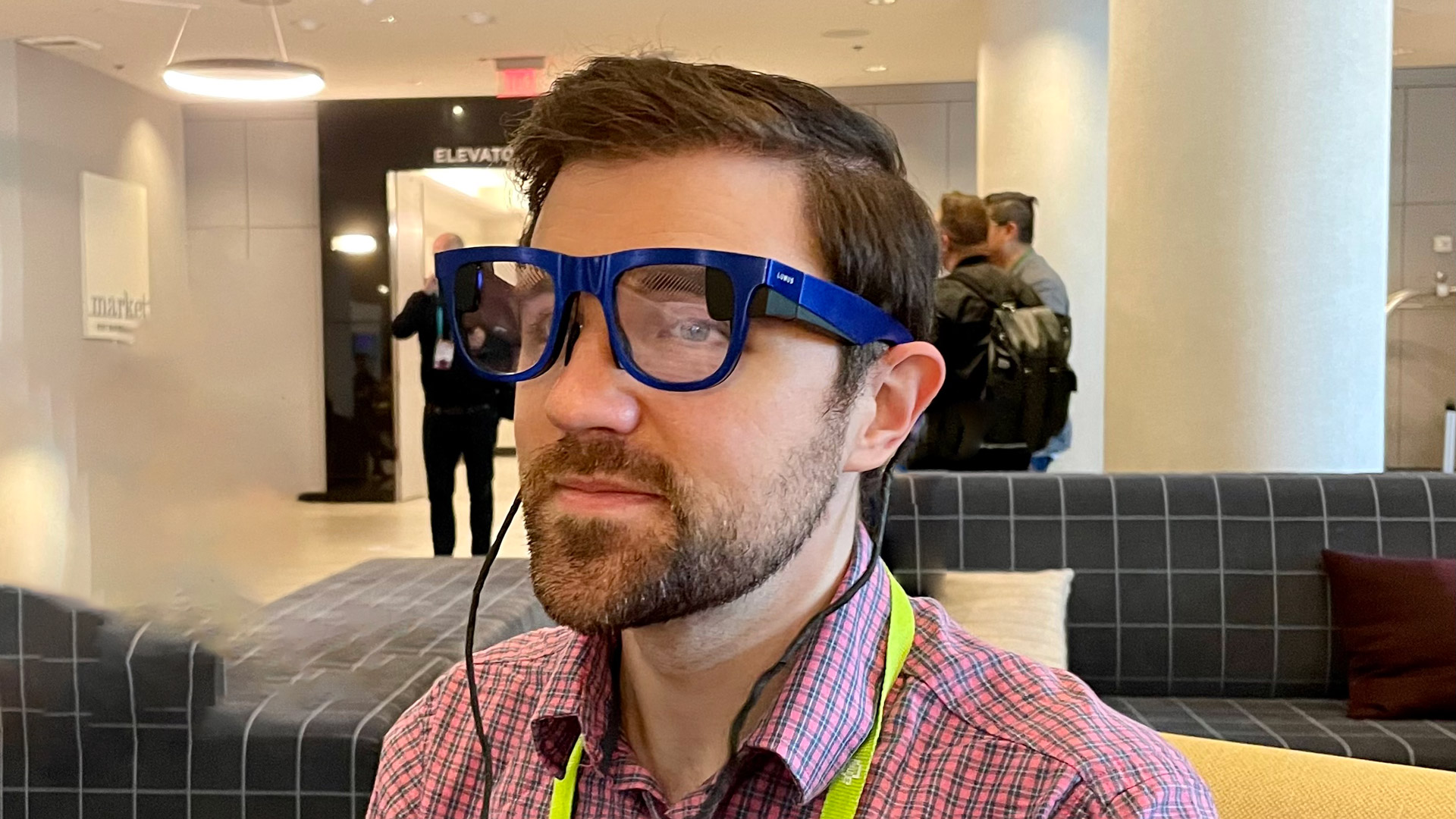 Lumus’ latest waveguide, dubbed Maximus, is now even more compact thanks to 2D image expansion. With impressive image quality and a more compact optical engine, the company is poised to have a leading display solution for truly glasses-sized AR headsets.

Lumus has been touting its Maximus waveguide since as far back as 2017, but since then its waveguide display has improved and shrunk considerably, thanks to so-called ‘2D expansion’ which allows the optical engine (the part of the waveguide display which actually creates the image) to be considerably smaller without sacrificing quality or field of view. The improvements have moved the company’s display solution closer than ever to actually looking and working like a pair of glasses.

For comparison, here’s a look at the first time we saw Maximus back in 2017. It had thin optics and a fairly wide field-of-view, but the optical engine was huge, requiring a large overhead structure.

The company’s latest Maximus waveguide has shrunk things down considerably with 2D image expansion. That means the light is reflected twice to magnify the image vertically and then horizontally before bouncing it into your eye. Doing so allows the optical engine (where the display and light source are housed) to be much smaller and mounted on the side of the glasses while retaining plenty of peripheral vision. 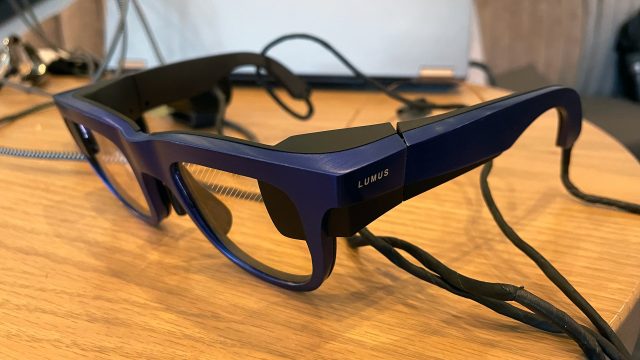 What you’re seeing here is a fully functional display prototype (ie: working images through the lens, but battery and compute are not on-board) that I got to check out at last week’s AWE 2022.

Here’s a look at how the optical engine has been shrunk when moving from 1D expansion to 2D expansion. It’s clear to see how much easier it would be to fit the left one into something you could really call glasses.

Actually looking through the prototype glasses you can see a reasonably wide 50° field-of-view, but more importantly an impressively uniform image, both in color and clarity. By comparison similar devices like HoloLens 2 and Magic Leap tend to have hazy color inconsistency which often shows a faint rainbow haze from one side of the view to the other. Our friend Karl Guttag captured a great through-the-lens comparison from a similar Lumus prototype:

Brightness in the Lumus Maximus glasses is also a major advantage, so much so that these glasses don’t need to dim the incoming light at all, compared to many other AR headsets and glasses that have sunglasses-levels of tinting in order to make the virtual image appear more solid against even ambient indoor light. Lumus says this Maximus prototype goes up to 3,000 nits which is usable in broad daylight.

The lack of heavy tinting also means other people can see your eyes just as easily as if you were wearing regular glasses, which is an important social consideration (wearing sunglasses indoors, or otherwise hiding your eyes, has a connotation of untrustworthiness).

The image through the glasses is also quite crisp; the waveguide is paired with a 1,440 × 1,440 microdisplay which resolves small text fairly well given that it’s packed into a 50° field-of-view. The company says the waveguide in no way limits the potential resolution—all that’s needed is a higher resolution microdisplay. In fact the company has previously shown off a similar version of this prototype with a 2,048 × 2,048 display, which was measured to achieve a retina resolution of 60 pixels per-degree.

Lumus’ waveguide offerings clearly have a lot of advantages compared to contemporaries, especially with overall image quality, brightness, and social acceptability. The big question at this point is… why aren’t we seeing them in consumer products yet? 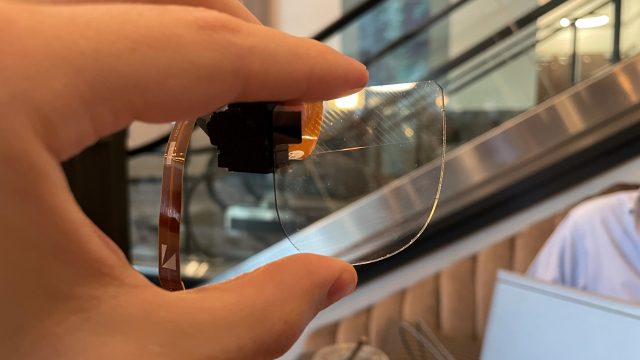 The answer is multifaceted (if anyone from Lumus is reading this, yes, that’s an intentional pun). For one, what Lumus is showing here is a display prototype, which means the displays are functional, but the glasses themselves have none of the other stuff you need for a pair of standalone AR glasses (ie: battery, compute, and sensors). You can of course offload the compute and battery into a tethered ‘puck’ design, but this significantly reduces the consumer appeal. So those other components still require some miniaturization R&D to be done before everything can fit comfortably into this form-factor. 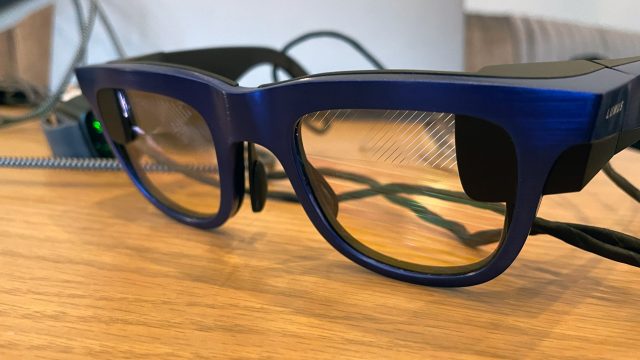 Another reason is manufacturing costs. Lumus insists that its waveguide solutions can be affordably manufactured at large scales—even for consumer-priced products—and has the backing of major electronics manufacturer Quanta Computer and glass manufacturing specialist Shott. But manufacturing at small scale may not be reasonably affordable when it comes to a device priced for the consumer market. That means waiting until a big player is ready to place a big bet on bringing an AR device to consumers.

For Lumus’ part, the company says it has been working closely with several so-called ‘tier-1’ technology companies (a category which would include Facebook, Apple, Google, and others) for years now. Lumus expects to see the first major consumer product incorporating its waveguide solution in 2024.