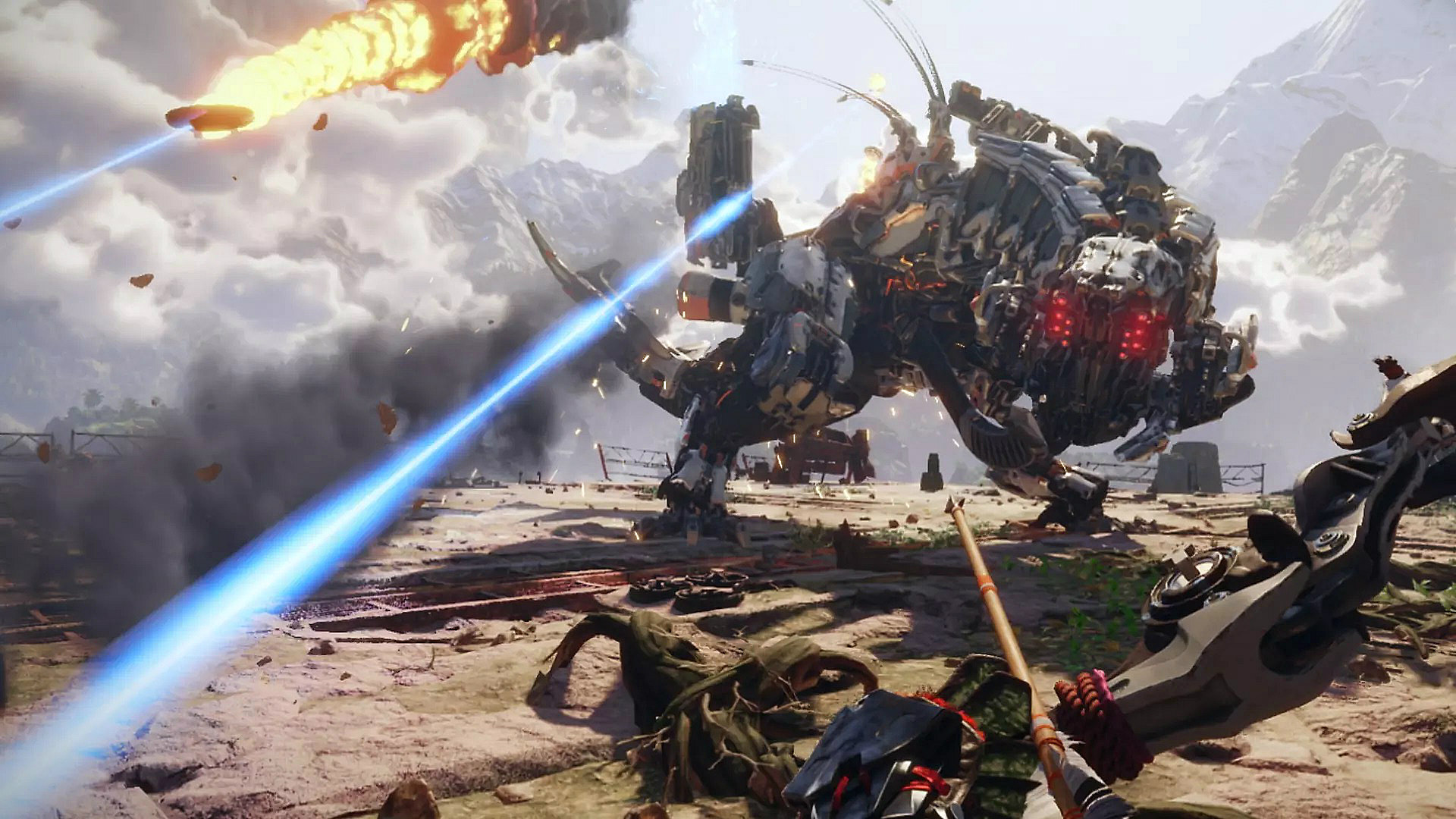 Horizon Call of the Mountain, an exclusive title headed to PSVR 2, got its first gameplay trailer earlier this month which suggested VR’s first Horizon series game would be more than just an ‘experience’. Now Sony has tossed out now new clips alongside an expanded description of the game, which promises “multiple paths to take.”

Developers Firesprite and Guerrilla Games are still playing it pretty tight-lipped on just how in-depth Horizon Call of the Mountain will be; it’s first gameplay trailer suggested it will be significantly more than just a short Horizon-flavored experience.

Now the studios have updated the Horizon Call of the Mountain landing page to include a new game overview:

Conquer colossal peaks, overcome fearsome machines and uncover a hidden danger to the world of Horizon – as you answer the call of the mountain in an immersive new adventure for PlayStation VR2.

Enter a living, breathing world of dangerous machines, tribal lore, exciting quests and new and returning characters. Explore a diverse landscape – embark on a journey with multiple paths to take where you’ll have to look all around you to uncover the secrets of the mountains.

The “multiple paths” could mean a few things: it might point to the possibility of a branching story that lets you choose your own adventure, or it may just suggest there are several actual paths you can take through the world in your journey up the mountain, all of which lead to the same conclusion.

It also appears there won’t just be singular boss fight interludes like we saw in the gameplay trailer (at the bottom of the article), as the studios threw out some new gifs on the updated page as well to show off encounters that will require you to fight multiple enemies at once. We’ve strung them all together here:

What’s more, the clips state they’ve been captured on PSVR 2. That’s an encouraging sign that Horizon Call of the Mountain is aiming for a pretty high degree of visual polish.

Granted, there’s still no official release date for the game—or PSVR 2, which is rumored to arrive anywhere from Q4 of this year to early 2023.

Check out the gameplay trailer from earlier this month below: