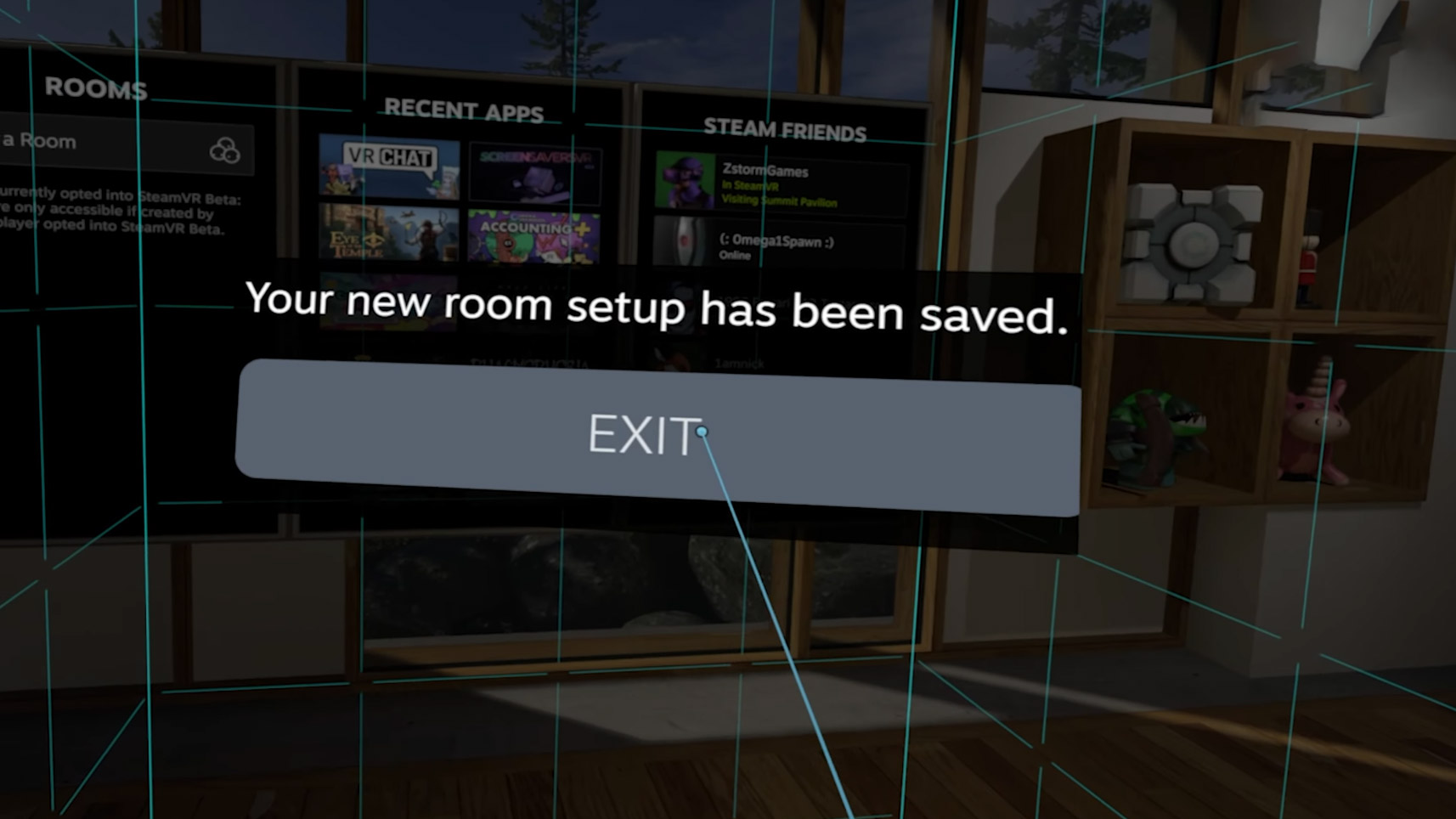 A recent SteamVR beta release included a hidden feature that allows the user’s playspace boundary to be set up in a passthrough mode which could eventually be used for existing SteamVR headsets or a future headset from Valve.

Users of Quest or Rift S will be familiar with passthrough playspace setup. This when you outline the boundary of your playspace while actually wearing the headset and using its cameras to look at the room around you. The feature significantly streamlines the playspace setup process compared to looking an another display (like a computer monitor) while trying to create your boundary.

Despite having their own on-board cameras, SteamVR headsets like Index and others have yet to adopt this convenience, but that could soon change.

VR YouTuber Brad Lynch recently discovered a hidden playspace setup feature that was contained in a beta release of SteamVR. Unlike the platform’s existing playspace setup feature, this one guides the user through the process while they are actually wearing their headset. Similar to what we see on Quest, the setup procedure has users reach to the ground with their controller to establish the floor height. And where on Quest users trade their playspace boundary with a controller, the hidden SteamVR setup has users ‘push’ the boundary walls away from them to expand their playspace to the correct size.

SEE ALSO
The Metaverse Saved My Life, Now I’m Using it to Save Others

The feature is still clearly in development and right now doesn’t properly enable a passthrough view, but we can be almost certain it’s meant to be a passthrough playspace setup because the user needs to be able to see the room around them in order to safely create their playspace boundary from within the headset.

It isn’t clear at this point if the new feature is intended to be used with existing PC VR headsets that have cameras on them (like Index or Vive Pro 2), or perhaps even Valve’s rumored standalone headset.

The latter seems plausible considering that passthrough playspace setup is essentially a requirement for any 6DOF standalone VR headset, and that’s because unlike with PC VR, there’s no PC screen to relay setup instructions to the user. It’s possible this could instead be achieved using a companion device like a smartphone, though we haven’t seen any headsets take that approach to date.

Regardless of whether or not there’s a new headset to take advantage of the feature, we’d be happy to see it come to existing headsets, like Index, which have on-board cameras that have gone almost entirely unutilized. Hopefully other native SteamVR headsets will be able to tap into the feature too.

Brad Lynch also found a handful of other interesting changes hiding in the same beta release of SteamVR—check out the full video to see them all.