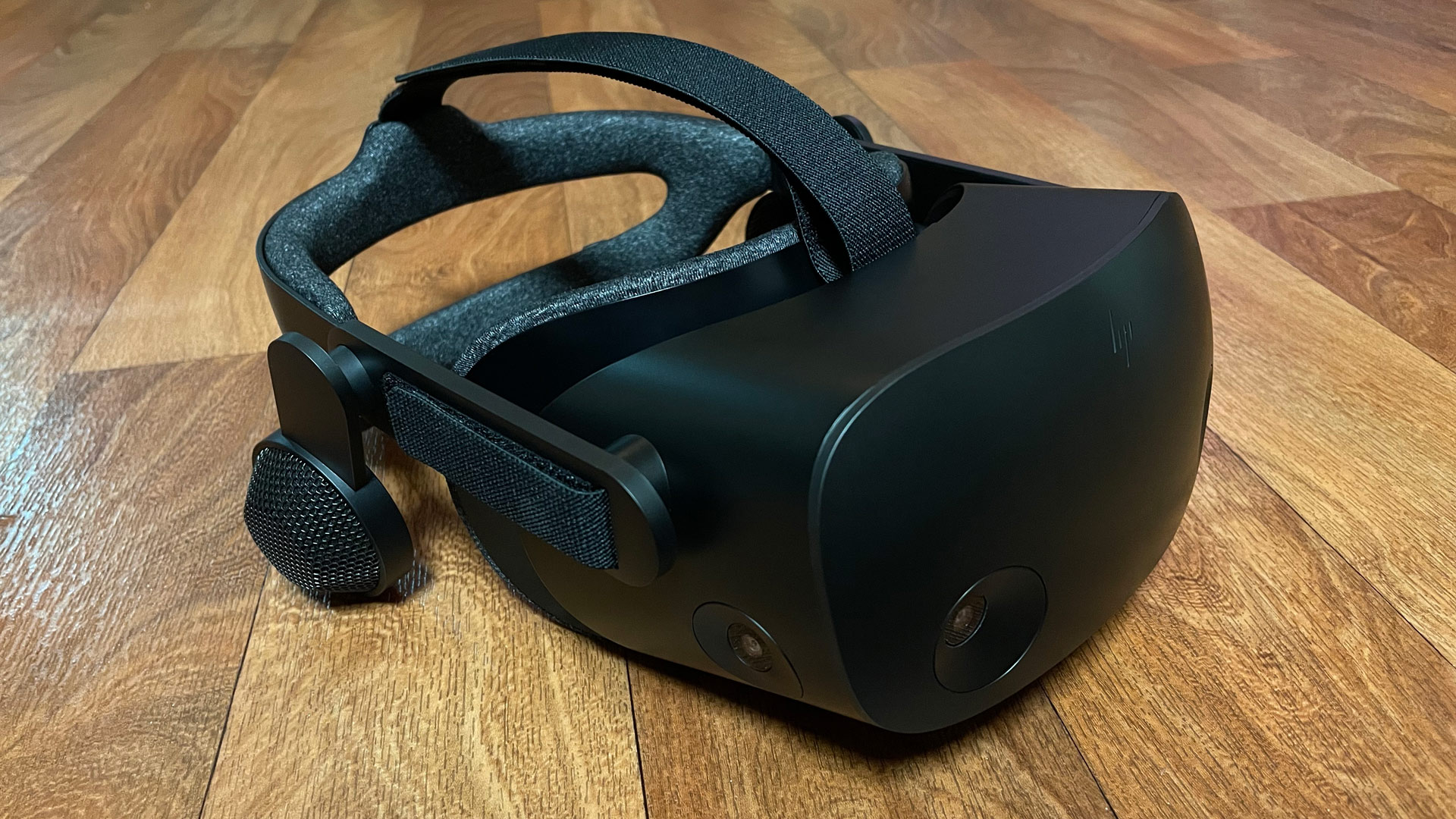 Last month HP announced that it was releasing a new Reverb G2 headset with some tweaks designed to improve field-of-view and controller coverage. We got out hands on the new headset and put it through the paces.

Reverb G2 is a decent headset and in our review we really loved the clarity of its display and lenses, but were a bit let down by the limited field-of-view. And even though the headset had notably better tracking coverage compared to prior Windows VR headsets, it still had some blind spots that were easy to notice during regular use.

Now HP has released a slightly updated version of the headset in the US which hopes to specifically address these issues, along with improving compatibility with AMD GPUs. We got our hands on the new Reverb G2 and compared it to the original.

The Reverb G2.1 comes with a new facepad which can be reduced from the original fixed eye-relief distance of 15mm to 9mm. This is accomplished with a simple spacer which comes pre-installed in the G2.1. In my experience with the original G2, there was a good deal of field-of-view left on the table because of the fixed eye-relief. In theory, removing the spacer to drop down to 9mm should help people like me get closer to the headsets maximum field-of-view.

Indeed, removing the spacer brought a noticeable improvement in both vertical and horizontal field-of-view. Here’s a look at measurements comparing the field-of-view of the G2 and the G2.1.

You can see that using the 9mm setting on Reverb G2.1 increased my horizontal and vertical field-of-view by 16° and 10° respectively.

Compared to running the same field-of-view test with the facepad completely removed, I got the very same results (because at that point the screen becomes the limiting factor over eye-relief). That means that the 9mm setting of the Reverb G2.1 allows me to perfectly maximize the headset’s field-of-view.

Now I want to be clear… this might not be the case for everyone using the headset; it depends entirely on the topology of one’s face. Some people may already be getting the maximum field-of-view (or close to it) at 15mm, and going down to 9mm would only serve to reveal the edges of the display instead of expanding the field-of-view.

As for me, the 9mm setting was just right in that it maximized the headset’s field-of-view without revealing the edges of the display—which is generally preferred because the hard boundary of a display is somehow more immersion-breaking than the soft boundary of a lens.

There’s really only one downside to this change and that’s a slightly smaller nose cavity, no matter if you’re using the spacer or not. If you have a big nose and the original G2 feels tight there, the G2.1 could put bothersome pressure on your nose.

The spacer itself is such a simple part and I’m really glad HP went out of its way to include it in the new version of the headset to make it easier for everyone to dial in the eye-relief to get the most from the field-of-view.

The spacer is perfectly formed to the headset and snaps onto its magnetic attachment points, and then the facepad snaps over top of it using the same magnets.

If you’re curious, yes you can use the new spacer and/or the new facepad with the original Reverb G2; both will fit perfectly onto the headset (you can also use the old facepad with the new headset). However, using the new spacer with the original facepad (which would take you to a 21mm eye-relief) sort of works, but the two parts lack a perfect seal which causes some light leakage that can be annoying.

In addition to adding a spacer to offer two eye-relief settings, HP also says it made some adjustments to the cameras on Reverb G2.1 to improve tracking coverage. The company estimate an improvement of 30% area, specifically “resolving blind spots above and below the waist.”

This one is more difficult to objectively test, but as I prodded the limits of the tracking area on both the G2 and G2.1, it was clear to see that coverage on G2.1 was better, most notably in the vertical direction.

Whereas with the original G2, it was easy to find the point of tracking failure above my head when the controller was even still within the visible field-of-view, with G2.1 the tracking didn’t fail until it was out of sight off the top of the field-of-view.

Similarly, when dropping the controllers down toward my waist, tracking on Reverb G2.1 held for noticeably longer than the original G2.

This has reduced but not eliminated an annoyance on the original headset: seeing the tracking regularly fail when your hands are down low and you’re using a long implement like a laser pointer in a menu. Now that happens less often in menus, and in moment-to-moment gameplay it’s less likely that you’ll notice it.

Coverage out to the sides remains strong thanks to the headset’s side-mounted cameras; I didn’t notice any improvements on the sides (but then again I never noticed issues with side coverage it in the first place).

As far as I can tell, the tracking coverage change to Reverb G2.1 is a straight improvement with no downsides. Tracking coverage is still not quite up to par with something like Quest, but it’s better than it was.

At this point I might even go as far as saying that tracking coverage on Reverb G2.1 is good enough for the vast majority of VR experiences. If only HP could improve the headset’s tracking latency overall (and some WMR-related finickyness) it would be hard not to recommend Reverb G2.1 as the best value PC VR headset on the market.

Telling the New Reverb G2 Apart From the Old

We’ve reached out to HP to ask how one could identify the new Reverb G2 from the original, because so far we haven’t found any sure-fire way to tell them apart from the outside. We looked at the model number, FCC ID, and other informational markings on the headset and couldn’t find any clear differentiator.

If two headsets came out of a sealed box in front of you, telling them apart would be as simple as seeing which one has the spacer in the facepad.

Another clue would be that the new Reverb G2.1 has a slightly larger breakout box on its cable (with a small button) than the original G2… but again, the cables are removable so you could be looking at the original G2 headset which happens to be using a new cable or vice versa. We’re also not sure if the cable with the larger breakout box is brand new for the Reverb G2.1, or if the cable shipped out previously with the older headsets before the other tweaks.

In any case, we hope HP will be back to us with a reliable method to tell the old from the new.