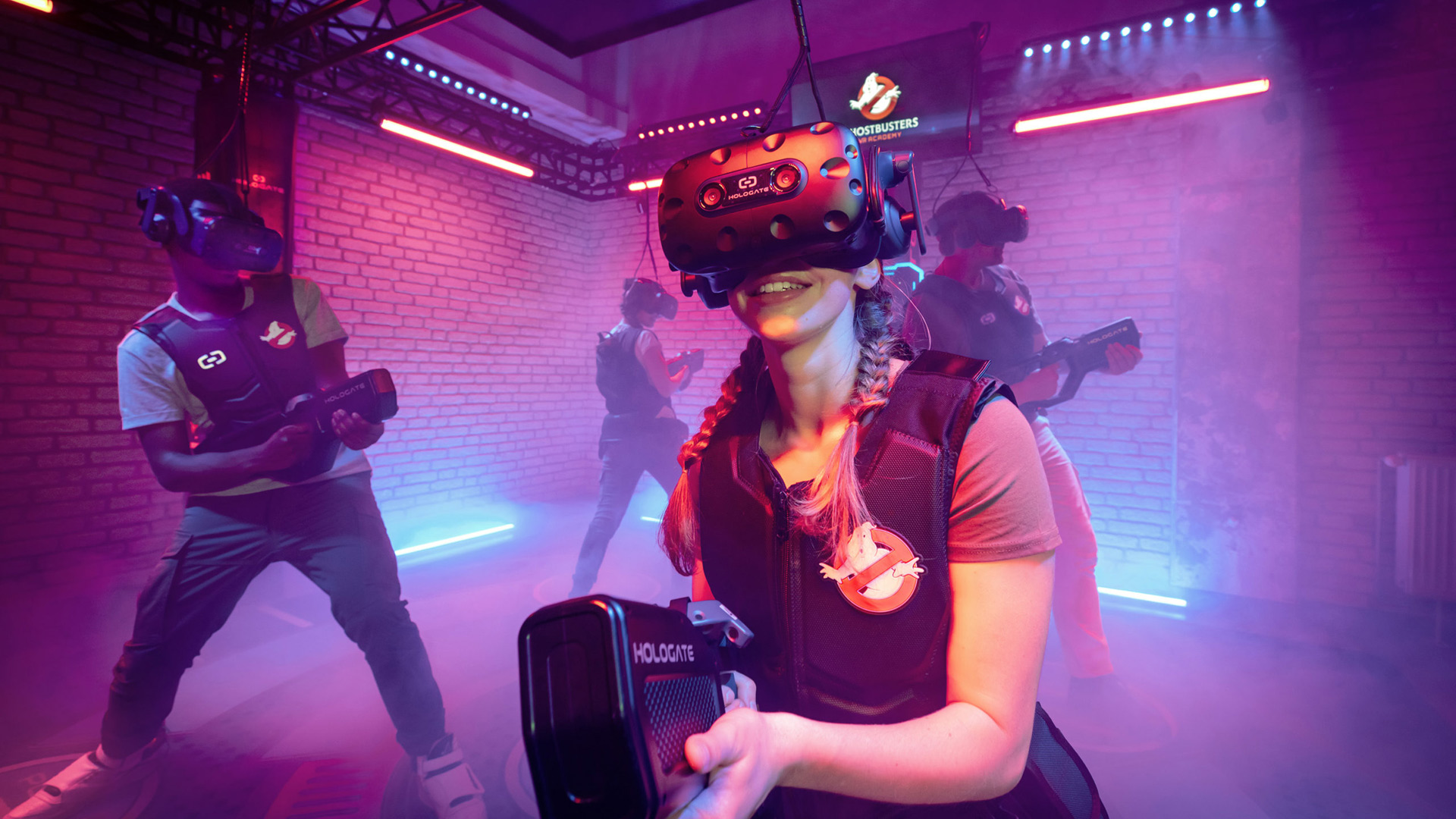 Ghostbusters VR Academy—built by Hologate and published by SPVR—is rolling out to 400+ of the company’s locations worldwide by the end of 2022, the companies say. Hologate has designed out-of-home Ghostbusters games for both its free-roaming ARENA shooter platform and BLITZ, its motion simulator platform.

In the ARENA game, Hologate visitors will engage in Ghostbusters training by strapping on a proton pack and cooperating as a team in what the company calls “high-risk ghost encounter scenarios – all under the safeguard of academy grounds.”

The BLITZ game is a bit more of a thrill ride, where visitors race each other around in a prototype ECTO vehicle. Hologate’s motion platforms can perform up to one meter (3.2 feet) of vertical lift and a 30-degree movement in every direction.

Ghostbusters VR, a four-player cooperative adventure VR game initially announced for Quest 2, is also headed to PlayStation VR2. There’s no release date for PSVR 2 just yet, so we aren’t sure when the game is scheduled to arrive.

First unveiled at the Meta Gaming Showcase in April, Ghostbusters VR is a four-player co-op game developed by veteran VR studio nDreams. In it, players solve mysteries in the Ghostbusters universe while tracking, blasting, and trapping ghosts across what the studio calls an “extensive and engrossing campaign.”

Check out the announcement trailer below: