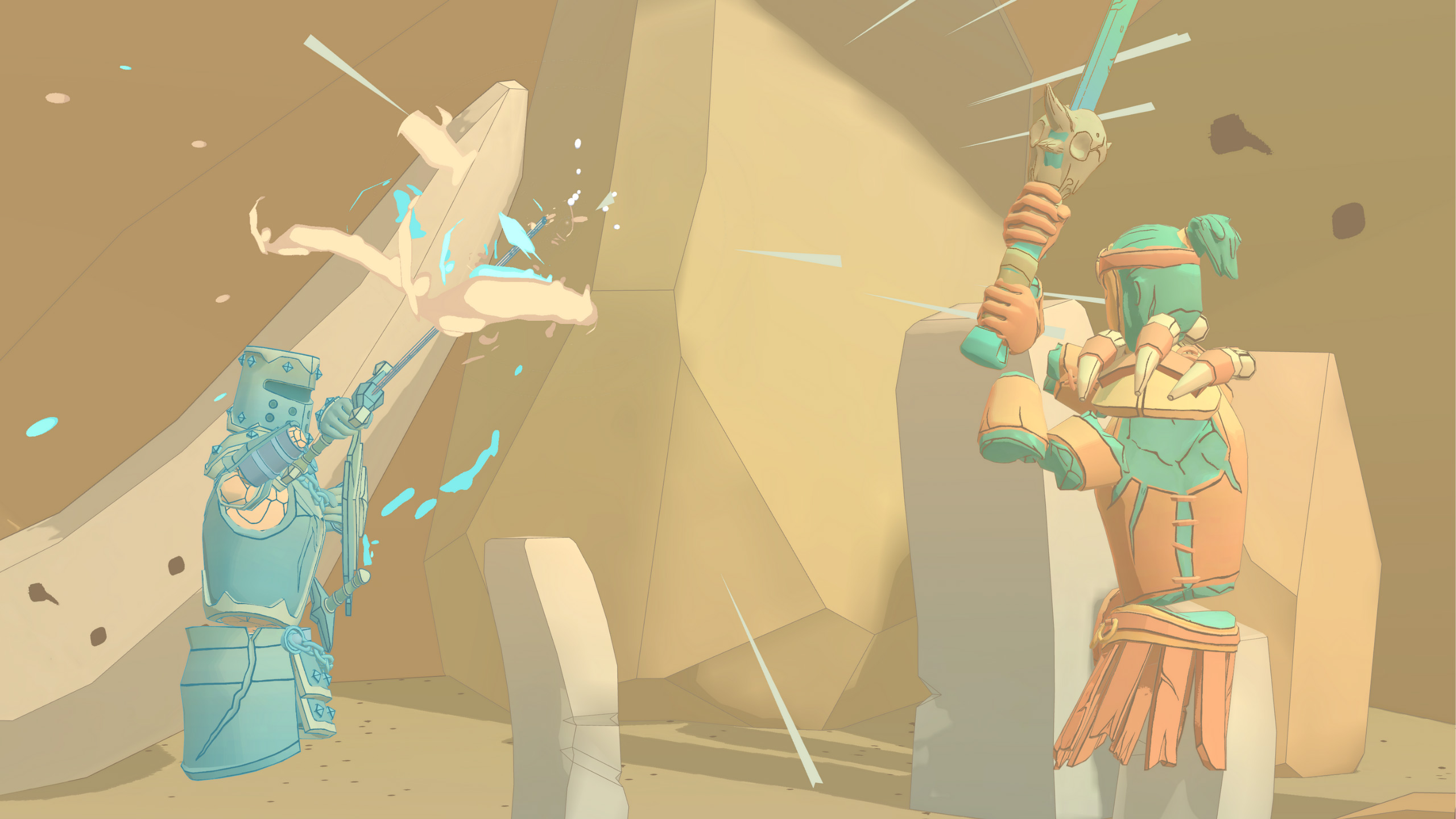 Developed by Trebuchet and published by Fast Travel Games, Broken Edge is a multiplayer fantasy sword-dueling action VR game where you choose your fighter go head-to-head against another player online.

The studios say each weapon and fighter offers “unique stances and movement patterns that reflect the specific martial arts, which can be performed to activate temporary perks. Experience real fencing tactics in battle, while swords will break at the point of impact and eventually regenerate to help execute a winning strike.”

Broken Edge is slated to release on Meta Quest 2 and SteamVR headsets “later this year,” the studios say.

Here’s some more specifics from Fast Travel and Trebuchet:

All characters are equipped with unique weapons, coupled with their own distinctive martial arts style. Learn to master these ancient fighting patterns to awaken the energy of your blade and dominate your foes online.

Move and swing your sword freely as you would in real life, then apply tactical skills to block incoming blows and break your opponents’ weapon at the point of impact!

Anybody can pick a sword

The duels in Broken Edge take place in a dream-like surreal setting with vivid colors. It’s the perfect place to hone your skills and take part in the global contest to climb the ranks online!