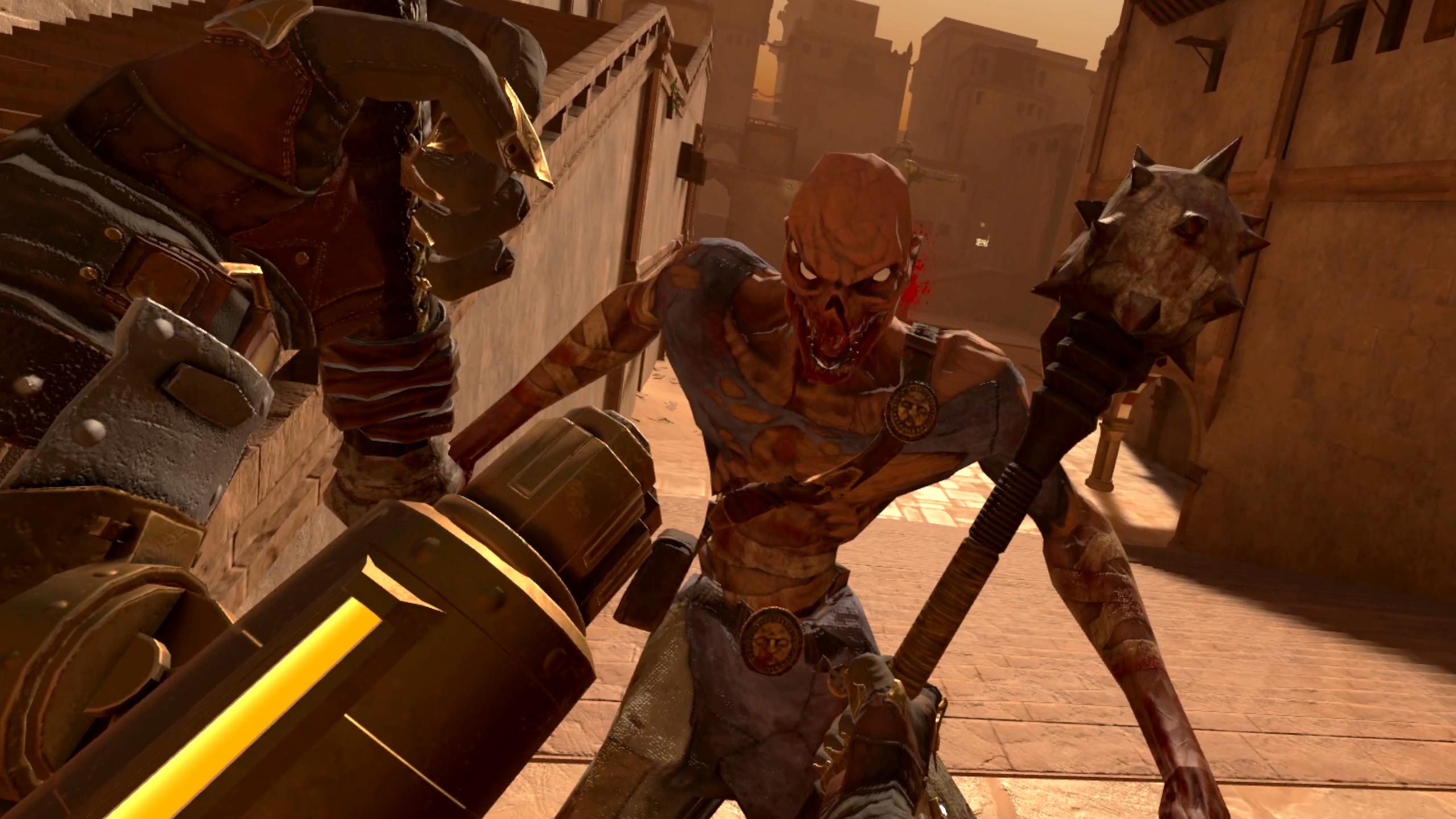 Fast Travel Games, the studio and publisher behind VR titles such as Cities VR (2023), Wraith: The Oblivion – Afterlife (2023), and Apex Construct (2018), unveiled a new VR co-op action title called EVERSLAUGHT Invasion which is slated to arrive on Meta Quest 2 in early 2023.

Set in the same universe as the PC VR action RPG EVERSLAUGHT (2023), developer MobX Games and publisher Fast Travel say the fast-paced VR first-person shooter is intended for two players, although it also supports single player in what the studios call “high-octane combat” thanks to the game’s focus on high-flying locomotion that will let you dash, jump off cliffs, or fly to an enemy with the help of a hookshot tool.

The Meta Quest 2 exclusive puts you in the boots of a hero of the secretive Cleric order who must defeat the evil and ever-expanding faction of the Corrupted. The game includes three unique classes with their own tools and play styles: Warrior, Rogue or Vanguard. We’re hoping to learn more about each class as we get closer to the early 2023 launch window.

Like you’ll see in the game’s announcement trailer, EVERSLAUGHT Invasion puts heavy emphasis on frenetic action thanks to the game’s hookshot mechanic, which lets you traverse the map at high speeds or dispatch enemies with a single blow. You’ll also gather loot and unlock new skills and weapons through what the studio calls a “deep progression system.”

“We’ve used the original EVERSLAUGHT universe to create a brand new co-op action game filled with satisfying combat and great replayability,” said Gihad Chbib, Founder at MobX Games. “While we can’t reveal everything just yet, we’re confident that fans of the original and new players alike will be thrilled with this interpretation.”

Here’s how MobX Games describes it:

HIGH MOBILITY ACTION: Engage huge waves of monstrosities in high-octane combat by dashing, jumping off cliffs or grappling to an enemy with the hookshot.

ARMY OF TWO: Even the odds of survival by fighting back to back with a fellow hero in a crusade of frantic co-op action.

3 DISTINCT CLASSES: Pick between Warrior, Rogue and Vanguard, each with their own unique play styles and toolsets.

DEEP PROGRESSION SYSTEM: Gather loot and unlock new skills & weaponry, then spend time in the airship to upgrade your hero for the next mission.