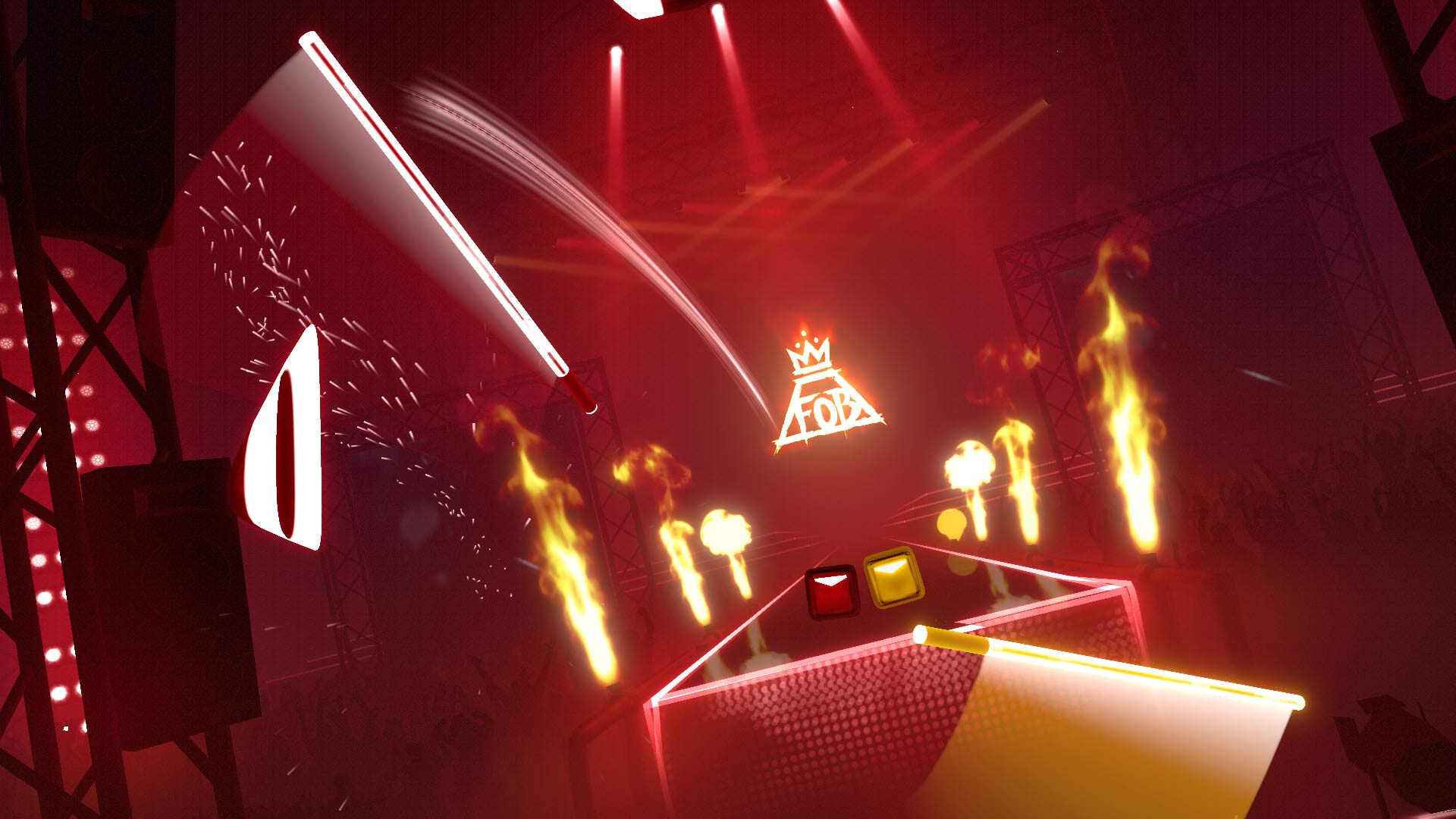 Beat Saber, the popular block-slashing rhythm game, is getting a new paid music pack soon that will feature eight tracks from Fall Out Boy.

The American rock band announced the news via Twitter, and included a full tracklist too. Listed below, the music pack spans the band’s early 2000s period as well as more recent tracks from when it returned from its 2009 – 2013 hiatus.

Like the band’s live shows, the tracks are said to be “filled with pyro,” with the pack’s trailer showing off a stage, lighting effects, and a stream of fire eruptions.

“That’s why our first VR collab had to have a TON of it… this will be the biggest rock show that Beat Saber has ever seen,” says Fall Out Boy bassist and lyricist Pete Wentz.

The Fall Out Boy Music Pack is slated to release on all supported platforms tomorrow, March 31st, at 10: 00am PT (local time here). Individual songs cost $2, while the whole pack costs $11.

This follows the release of multiple music packs over the years, including tracks from Skrillex, BTS, Linkin Park, Timbaland, Greenday, Panic at the Disco!, Imagine Dragons, and a host of artists under the Interscope music label.