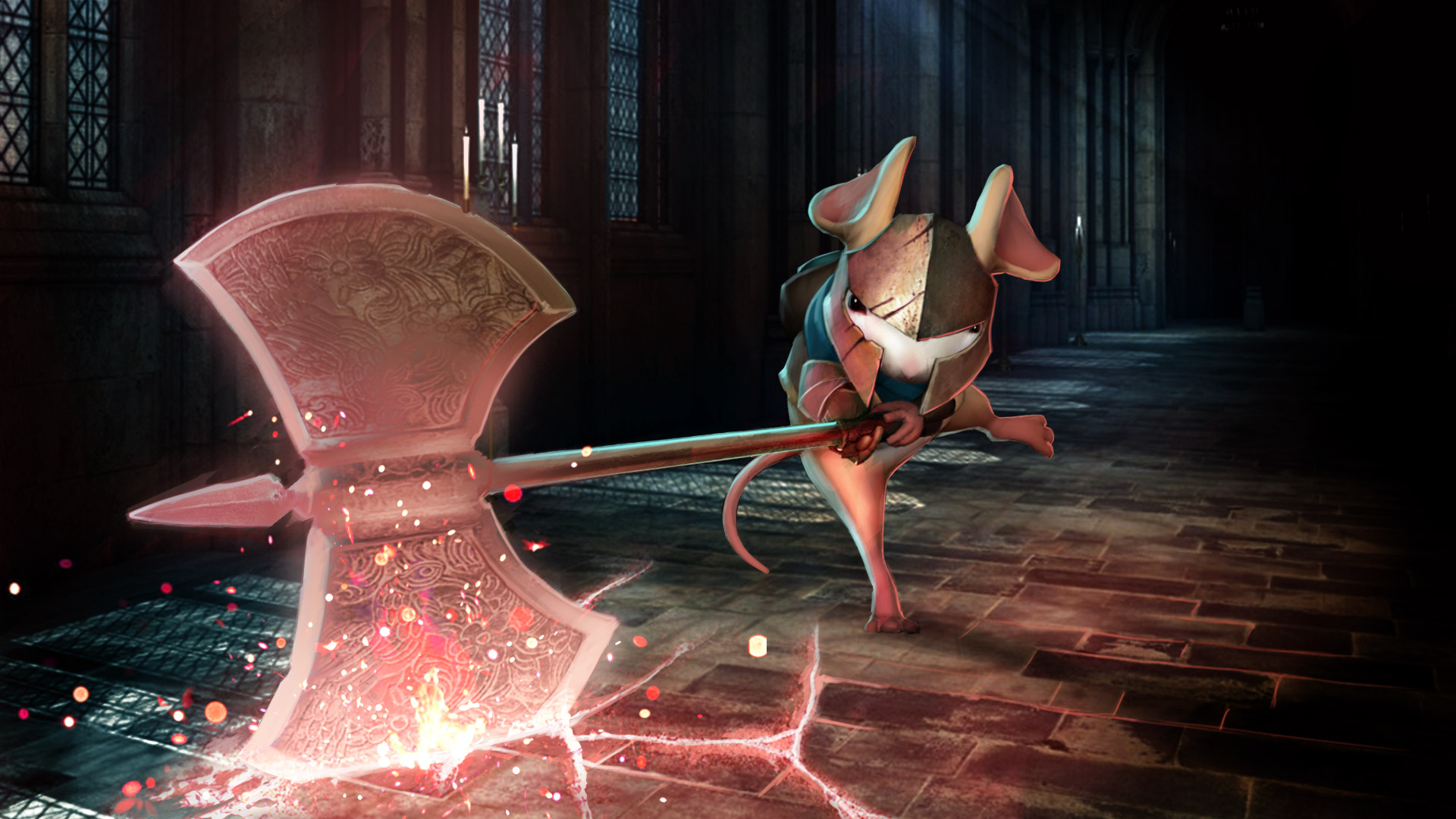 In an industry as young as VR there’s scarcely any original IP that’s had the time to become truly iconic. But if there’s one today that looks well on its way, the world of Moss is a strong contender. With the release of its debut title, Moss (2018), developer Polyarc entrusted big ambitions to a tiny hero, Quill, a character so recognizable it’s easy to forget that it’s not her name on the cover. Four years after the original, Polyarc doubled down on its diminutive hero with the recent release of Moss: Book II which takes the tale of Quill to new heights, further cementing the studio’s IP as a staple of VR gaming. To learn about how the studio has continued to hone its craft of VR game design, we sat down with Polyarc Design Director Josh Stiksma to get a glimpse behind the scenes at the game’s development and the art that inspired it.

Editor’s Note:  The exclusive artwork peppered throughout this article is best viewed on a desktop browser with a large screen or in landscape orientation on your phone. All images courtesy Insomniac Games; special thanks to artist Darren Quach.

One of many things that sets Moss: Book II apart from many other VR titles is how seamless the game is—that is to say, everything that happens in Book II, from combat to narrative to environment, feels like it’s part of a single cohesive, believable, and beautiful fantasy world.

Book II takes players not just on a figurative journey, but a literal one too—you’re there alongside Quill’s every mouse-sized step; her adventure forms a nearly unbroken path both physically through the game world and temporally through the story.

As you can imagine, this didn’t happen by accident. But putting it all together would be a bit like trying to build a puzzle before you know what each piece looks like. Polyarc, however, was up to the challenge.

Design Director Josh Stiksma told me the studio started by drafting a rough, high-level map outlining some of the narrative and gameplay moments the team had in mind.

“With a rough idea of the overworld mapped out visually, we fleshed out ideas for the individual areas and dungeons. With some concepts firmed up, we then went back and forth trying to massage the world pieces together with the narrative and gameplay beats. This took a long time to get all the connections between locations making sense and lined up with our pacing goals,” he said. “Admittedly, a lot of this isn’t unique to VR and came from our previous experiences in AAA [game development]—but there are many nuances along the way. One challenge that I’ll share is the amount of time we spent thinking about the complexity of the map and worrying about if the player will get lost. The design and art team worked together closely to ensure the different dioramas felt connected and the player could make sense of where they were in the world by looking around the beautiful environments.”

Indeed, the environmental art and direction is a highlight of Book II. The studio deftly wove the game’s golden path through a world full of iconic sights that are as beautiful as they are memorable, making them perfect landmarks help the player keep track of their place within the broader world.

For instance, there’s a huge castle that acts as something of a hub for the game. As you explore beyond its walls you can almost always catch a glimpse of it in the distance to remind you just how far you’ve traveled.

And there’s something to be said about the dichotomy of the game’s two scales: mouse-scale and human scale. The environments in Book II fuse both together in a skillful and meaningful way.

As Quill, you walk through individual blades of grass, tip toe across branches, and clamber up small rocks. But as the player (who exists in the world at human scale) you see the entire patch of grass, the whole tree the branch is connected to, and the hill where the rocks fell from in the first place.

The real magic of this formula comes when the game bridges those two scales. Throughout the game you’ll reach out to Quill to heal her, power her up, or help her change weapons. You’ll also push, pull, and twist various obstacles within the world that would otherwise be impassable by Quill alone.

Book II really hammers this synergy of scales home with what is perhaps its most iconic boss fight. If you haven’t played the game yet, the following includes spoilers!

Continue on Page 2: Forging a Fight »