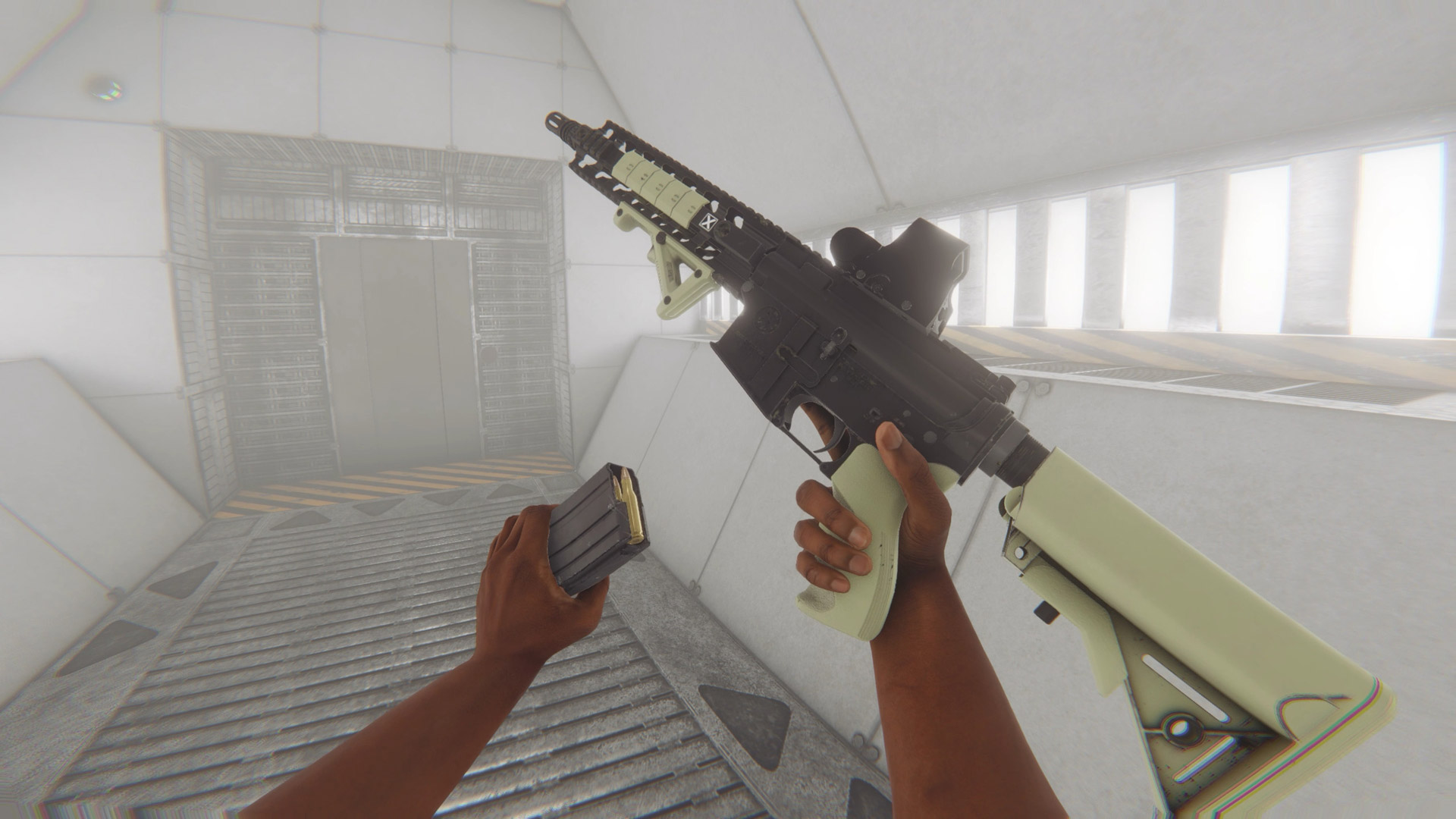 Bonelab the anticipated followup to VR physics sandbox adventure Boneworks (2019), is due to launch next week after a surprise release date announcement from developer Stress Level Zero. Along with the game’s release date, new Bonelab gameplay shows a unique avatar-swapping mechanic.

Developer Stress Level Zero has been quietly toiling away on Bonelab over the last few years… perhaps too quietly. So we’re surprised to see the studio today announce a sudden release date for Bonelab: next week on Thursday, September 29th. The game is set to launch simultaneously on Quest 2 and SteamVR (the original Quest will not be supported).

Alongside the release date announcement, the studio also dropped the best look at Bonelab gameplay yet, featuring a unique avatar-swapping mechanic which allows players to quickly switch between various characters with unique sizes and attributes.

The fluidity of avatar-swapping, combined with Stress Level Zero’s signature shooting and physics-driven gameplay, looks like a really interesting combination that we can’t wait to try.

Bonelab is the clear followup to Boneworks, a physics sandbox adventure that pushed the limit of physical simulation for gameplay interaction in VR, a method that we found could be both magical and frustrating in our full review of the game.

There’s little info on the scope of the game beyond the gameplay trailer above and the nuggets of info shared on the game’s official Steam and Quest store pages:

Sentenced to death, you embody an outcast escaping fate. Discovering a pathway to a hidden underground research facility. A series of challenging experiments and discoveries await. A road to the truth calls from the void.

Physics to the core

Using a variety of ranged, melee, and exotic physics weapons, engage enemy encounters with an entire armory at your disposal.

Be anyone you want

Custom avatar importing enables you to play through the game looking however you want, with physical stats to match.

After discovering an underground lab in MythOS city, you will have access to a variety of game locations including arenas, obstacle courses, tactical trials, sandboxes, experimental modes, and user generated levels. Collecting items, avatars, and clues from these locations enable you to progress through the mysterious story.

In addition to its release on PC VR, Bonelab is the first time the franchise will launch on Quest 2 and we’re looking forward to seeing how the standalone headset handles the game’s heavily physics-driven gameplay.