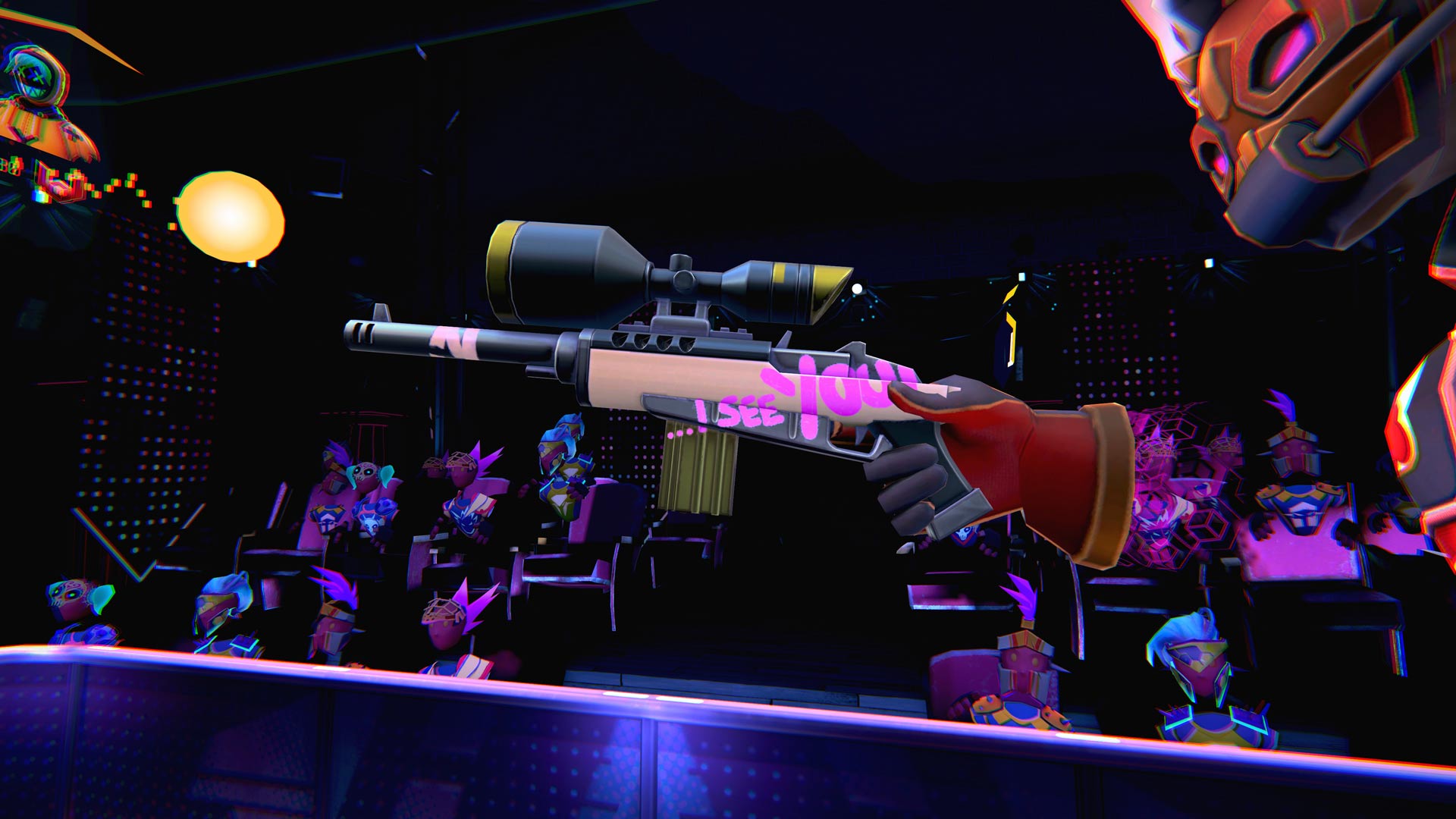 The popular 1v1 dueling game is now available for free on the Quest Store and SteamVR, bringing along with it additions and upgrades such as new weapon attachments and skins, a revamped in-game store, improved Passthrough on Quest 2, and all-new full-color Passthrough on Meta Quest Pro.

If you bought the game before today, December 15th, the studio is throwing in what it’s calling a ‘Golden Gratitude Pack’, which it values at $50+ in in-game items.

The pack is said to include the Golden Gratitude Clamos and Golden Gratitude Viper skins, which you can’t get if you haven’t purchased the game prior to today. It’s also giving prior customers 1,160 Blasts, its in-game currency for cosmetic items such as character skins, tool skins, banners, arenas, and podiums.

The decision to go free-to-play comes as somewhat of a shock, as the studio raised the price of Blaston from $10 to $20 back in January. Resolution seems to be pumping out more titles than ever though, as we’ve gotten to go hands-on with many of the games and updates announced today, and today’s update puts it more in line with Ultimechs in how the company plans to transition the award-winning dueling shooter into a software as a service (SaaS) model.

Blaston is also headed to both Pico Neo3 Link and Pico 4 sometime in 2023. You can find it for free today on Quest and SteamVR.