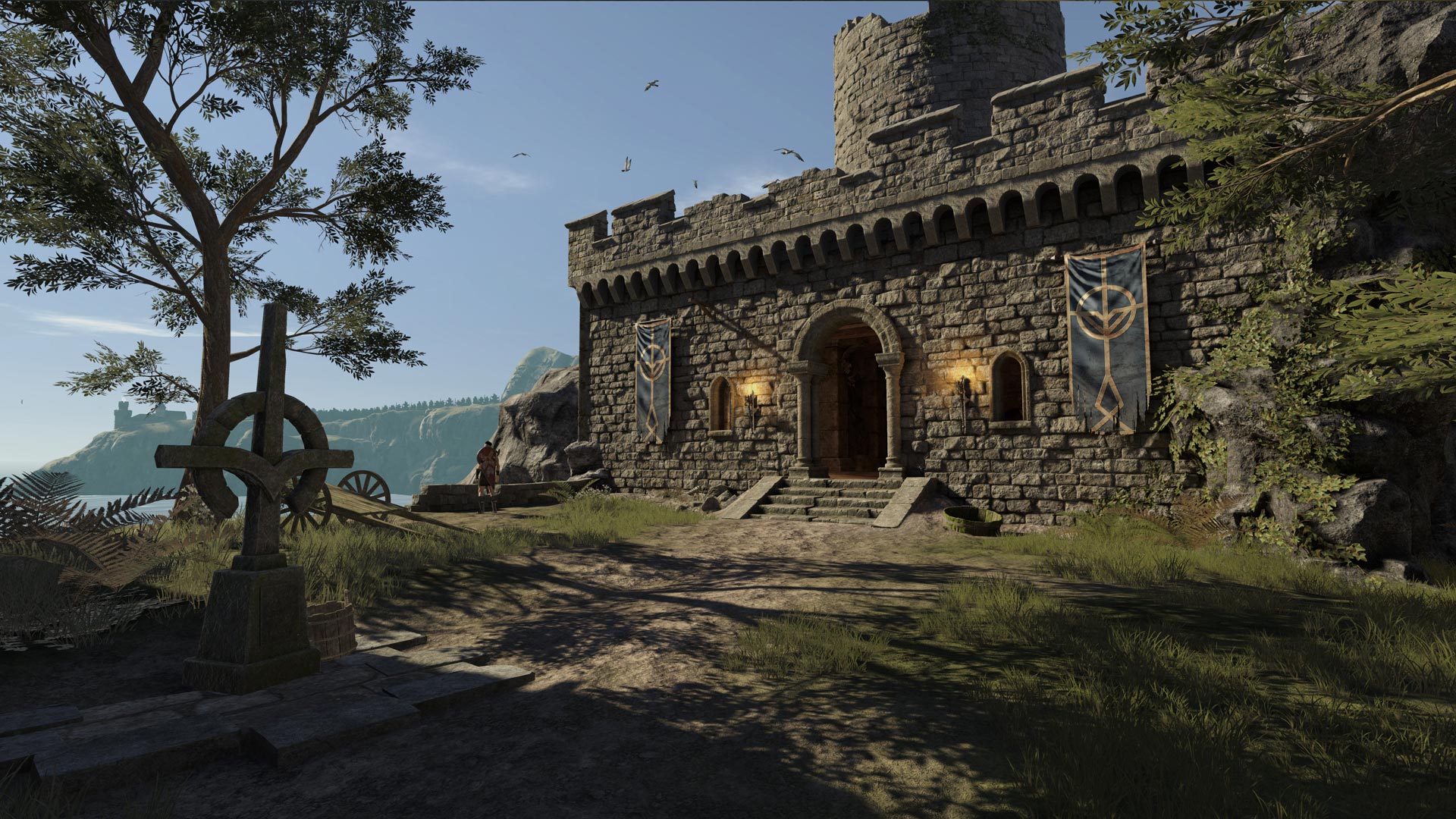 Blade & Sorcery, VR’s favorite melee combat sim, is continuing to see steady updates. The game’s next update, U11, looks to be a doozy with the studio planning to add an expanded magic system, stealth mechanics, a graphical overhaul on PC, and plenty more.

Expected in the next few months, the Blade & Sorcery U11 update is going to bring a host of improvements to the popular game which will expand the way players can play.

Magic is getting a makeover in Blade & Sorcery, starting with a heavy rework of visual and sound effects for the game’s spells, as the studio noted in a preview earlier this month.

Spells are also getting tweaks (and in some cases new functionality); developer Warpfrog says its design goals for the game’s magic system is for Fire to be a “direct damage spell,” Gravity to be about “utility and versatile function,” and Lighting to lean toward “crowd control.”

To that end, the Fire spell is getting a ‘merging’ capability which allows the player to combine a charge from both hands into a “Kamehameha”-style attack called Meteor. Spell staves are also getting in on the action; now players can combine their Fire spell with a staff to use it to sling fireballs or slam it on the ground to launch homing fireballs.

As for the Gravity spell, players will now be impacted by their own Gravity Bubble which can let them reach greater heights, especially when combined with the new Gravity Jump feature which provides a boosted jump when players launch the Gravity spell from both hands at the ground. Similarly, both hands can be used pointed downward to slow-fall and glide.

Combining Gravity with a staff will allow the wielder to pick up objects and swing them around as if they’re weightless—great for using rocks to smash enemies with.

Lighting will also have some special moves when combined with a staff; pressing and holding the alt-use button will generate an electric arc that remains in the air for a moment which can stun and maim enemies. Slamming the Lighting staff on the ground will launch out a shockwave which stuns everyone in the vicinity.

The studio has also teased a brand new “Soul” spell, though say it probably won’t make it into the game until after the U11 update.

In February the studio noted a bevy of other features in the works for Blade & Sorcery’s U11 update.

Expanded stealth mechanics will make sneaky playstyles more viable. AI has been reworked, the studio says, to more realistically respond to sneaking players. For instance, enemies will be alerted to your presence if something is thrown in front of them, if they find a dead body, spot the player holding a torch, or hear the player clanging weapons together too loudly.

A new light-based visibility system means players will be able to sneak through dark areas more reliably, especially when crouching. Similarly, bodies hidden in dark areas will be harder for enemies to see.

An armor system is also coming to the game to allow players to equip themselves with individual pieces of armor. Players will be able to mix and match various pieces, which the studio says will play a big role once the game’s shop is released where players can buy better armor from currency earned in the game. An inventory system is also in the works to give players a way to stash loot found in dungeons.

Player body customization will be improving in U11 as well; the studio says it plans to allow players to customize their avatar’s faces and skin tones.

Enemy animation improvements are also in the works, though the studio says it doesn’t yet know exactly how much of it will make it into the Blade & Sorcery U11 update.

“The goal of [animation overhaul] is to make the AI more responsive in defending itself through parrying, while relying less on dodge-jumping backwards. Enemy attack animations will be improved by replacing derpier attack animations with video captured combat animations that are being custom made. And finally, some of the sillier behaviours would be ironed out, such as not having AI thrust with an axe, etc,” the studio writes.

Blade & Sorcery players on PC will get an extra treat with the U11 update. According to the studio’s latest teaser, there’s some major improvements to environmental visuals on the way (that won’t be brought to the Quest version of the game).

“One of the most major changes has been to the lighting tech used; in short, everything in the environment now receives dynamic, realtime lighting from a much bigger variety of light sources. Before this change, static objects had their lighting fully “baked-in”, and received dynamic lighting from only a few sources such as hand-held torches,” the studio writes. “In the [U11] update, static objects receive beautiful dynamic lighting from nearly every light source in the game, most notably from the sun, and the result is much more vibrant and crisp than ever was possible before. To keep performance high, most shadows are still baked in and static.”

Beyond the lighting improvements, there’s been significant work done to enhance the look of brick and stone in the game. Players will see much more geometric detail in the game’s masonry, and the studio notes that “these are individual bricks that are true 3D and can be interacted with, collided with, climbed, etc,” and not just cranked-up tessellation.

And for those worrying about performance, the studio says it took extra care with the graphical improvements, writing that “everything that was reworked is significantly more optimized than the old versions.” Hopefully that means similar performance levels as before despite the visual improvements.

What We Know About the Blade & Sorcery U11 Release Date

Studio Warpfrog hasn’t committed to a firm release date for U11 yet, though they had previously set a goal for it to launch by the end of Q1. That’s… today—and the update isn’t here yet—which means it has slipped into Q2. The studio planned its next major update (U12) for Q3, so ostensibly we’ll see U11 drop within the next three months.

And it might be sooner rather than later; as of today the studio says it has just about moved on to bug testing, one of the last steps before finalizing the U11 update to go out to the public.

Warpfrog has said previously that updates are likely to hit PC first and then come to the Quest version of the game, Blade & Sorcery: Nomad, in the months following.