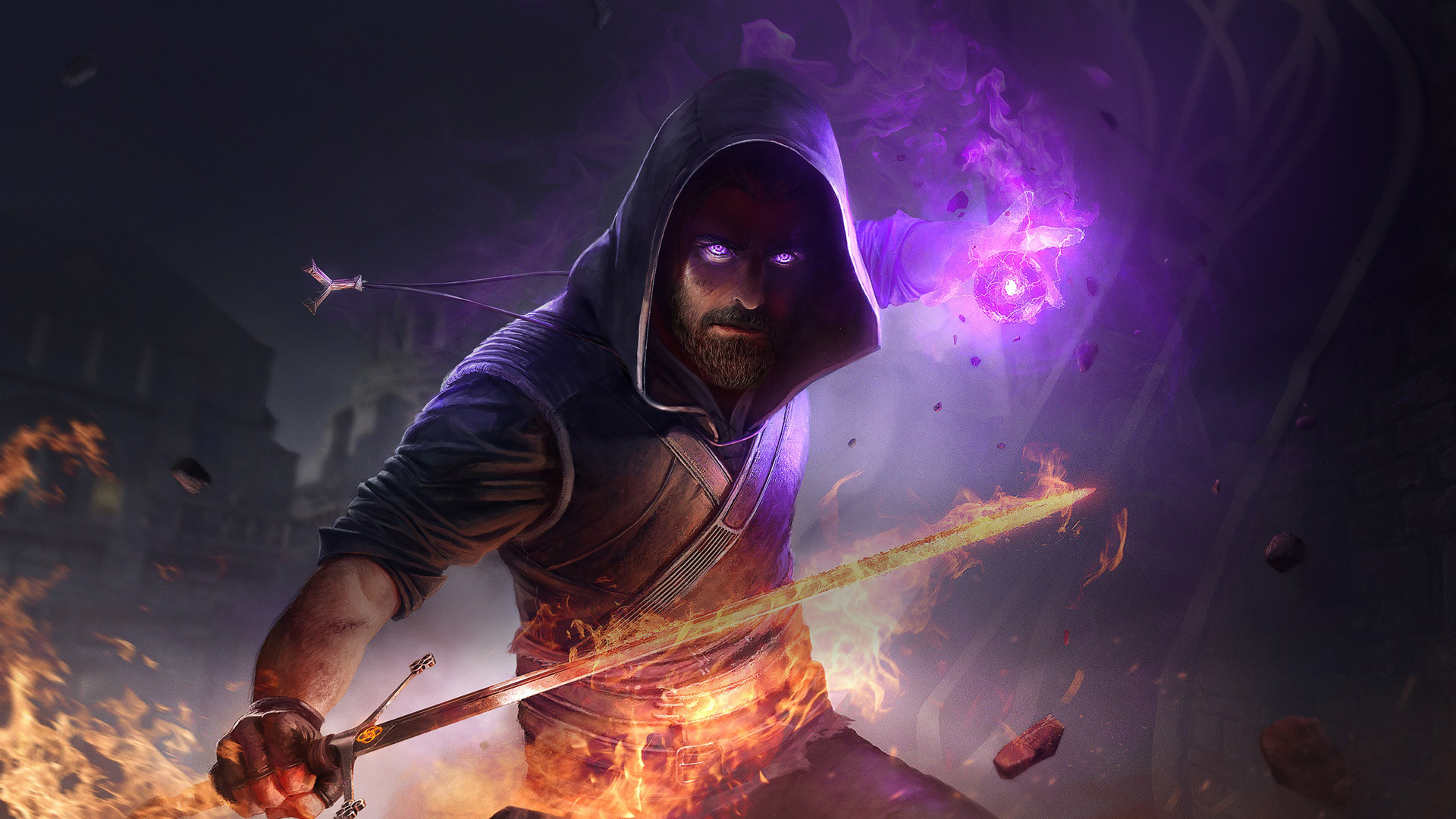 In just seven months, Blade & Sorcery: Nomad, the Quest port of the popular PC VR game, has amassed more reviews than any other paid Quest game, except one. What explains the game’s staggering popularity?

Update (June 27th, 2022):  It was clear right out of the gate that Blade & Sorcery: Nomad was seeing a level of popularity on Quest that exceeded nearly every other game on the platform. At our most recent check the game has surpassed SUPERHOT VR to become the second most-reviewed paid game on the platform, just seven months since release. 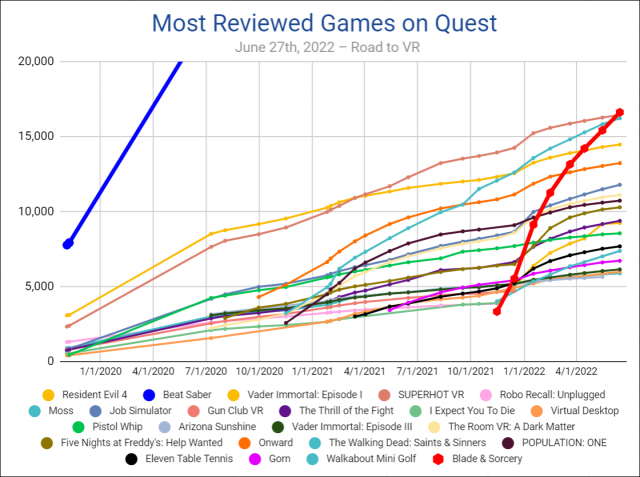 An impressive accomplishment indeed, though even at second place Blade & Sorcery: Nomad still has less than half of the reviews of Quest’s killer app, Beat Saber. Granted, the latter has had significantly more time to amass those reviews. Looking at the most-reviewed Quest games over time, it looks like Blade & Sorcery: Nomad has actually accelerated out of the gate a bit faster than Beat Saber, though there is a significantly larger install base of Quest headsets today compared to when Beat Saber first launched on the platform. 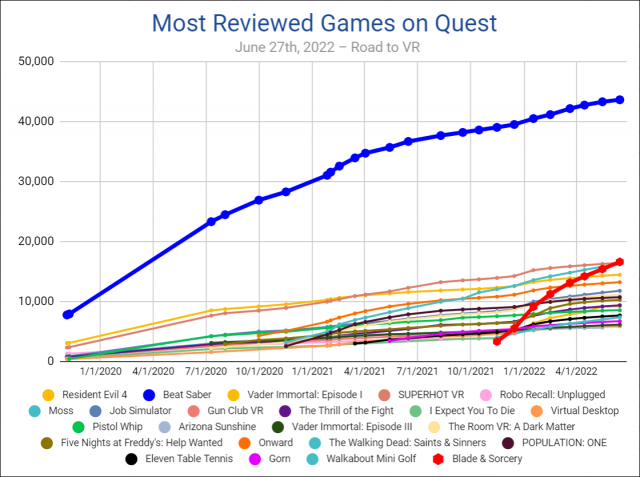 Given the numbers, we’d estimate Blade & Sorcery: Nomad has sold around 830,000 units on Quest so far, to the tune of $16.6 million in revenue (assuming all sales at the full USD price).

See Also: Our latest look at the 20 best rated and most popular Quest games

The original article, which first identified the game’s unique momentum with some quotes from the developer, continues below.

Blade & Sorcery is a fan-favorite melee combat sim that’s been available on PC VR since 2018. It finally came to Quest in November of 2021 under the name Blade & Sorcery: Nomad [our review] and seems to have tapped into serious demand for its brand of up-close-and-personal melee action in VR.

Nomad has seen a meteoric rise among the most reviewed apps on the headset; in just a little over three months since launch, the game has found itself in the #6 position with more than 11,000 reviews. 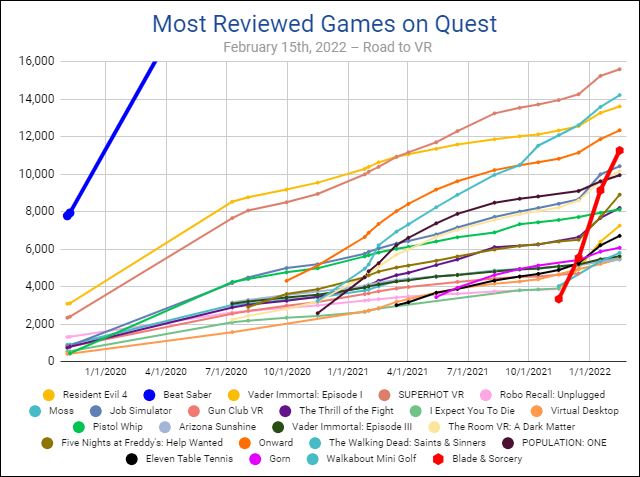 Comparing its rise side-by-side with the other most reviewed apps on the headset shows just how quickly it has overtaken other games in review count (which is a strong relative indicator of unit sales). Its pace shows little sign of slowing down, and it looks like Nomad is set to continue to overtake other titles in the near future.

If it makes it to #2 however, there’s still a huge gap to cross before it would even begin to approach VR’s killer app, Beat Saber. Though there’s something to be said about its immense pace. 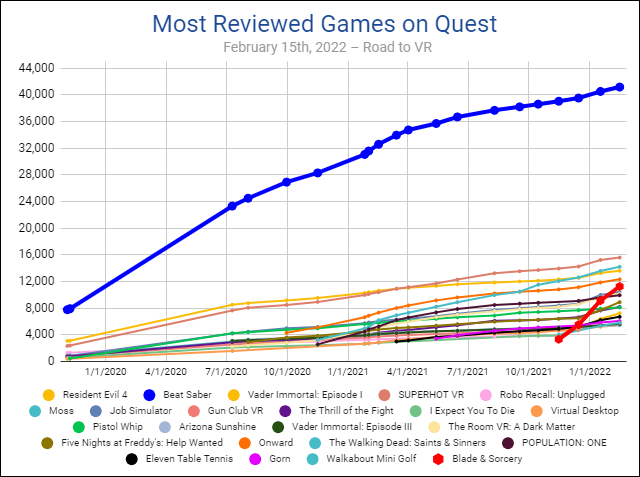 Given the numbers, we’d estimate Blade & Sorcery: Nomad has sold around 560,000 units on Quest so far, to the tune of $11.2 million in revenue (assuming all sales at the full USD price). It’s a tremendous success for indie studio Warpfrog, especially considering that its founder (which goes by the alias Kospy) is a first-time developer.

Beyond just being a game that people clearly want, there’s other factors that have surely contributed to Nomad’s speedy growth on Quest. For one, there’s many more Quest headsets out there today than when our graph view starts (back in late 2019). That means the game launched into a larger market than any of the games before it. It also launched just ahead of the 2021 holidays (which was huge for Quest), giving it visibility on the Quest store at just the right time.

And last but not least, there really isn’t anything quite like Blade & Sorcery: Nomad on the Quest store, giving the game a first-mover advantage on untapped demand for a melee combat sim. Yes there’s other melee games on Quest like Until You Fall, but that’s more of a fantasy experience with gesture-based combat. Blade & Sorcery, on the other hand, is more of a melee physics sim, with combat that’s distinctly brutal in comparison.

I spoke with Warpfrog’s Producer and Community Manager, who goes by the alias The Baron, to learn more about what the studio makes of Nomad’s success on Quest thus far.

“We knew that there was an audience for a standalone version of Blade & Sorcery from the amount of fan mail we would get from non-PC VR players requesting a port, and we were also hearing anecdotal reports from other VR devs that the Quest player-base was more robust than PC VR,” said The Baron. “So we were confident that Nomad would at least do okay on the Quest market, but honestly the response from the Nomad fanbase has been incredible and far beyond our best hopes.”

SEE ALSO
‘No Man’s Sky’ Currently in Development for PSVR 2, Possibly Arriving as a Free Update

As for whether there are any clear differences in player behavior between the PC and Quest versions of the game, The Baron said that engagement metrics look similar and he suspects this is thanks to the game’s underlying design.

“Blade & Sorcery is one of the few VR games that is completely blessed to have a high replayability and retention value, and the player metrics show that on average Nomad players are playing the game about as much as PC VR players, both in play sessions and overall hours played,” he said. “This suggests it is the Blade & Sorcery game design formula that is resonating with players more so than any particular version [of the game] or headset.”

Blade & Sorcery was already a well known success among PC VR enthusiasts, and while it’s no surprise to see it received well by the Quest playerbase, what is surprising is how little influence the game’s success has had on the broader VR game marketplace. While there’s a handful of indie projects going after the melee combat sim genre, none of VR’s well known studios have picked up the proverbial dagger to take a stab at this end of the VR marketplace.