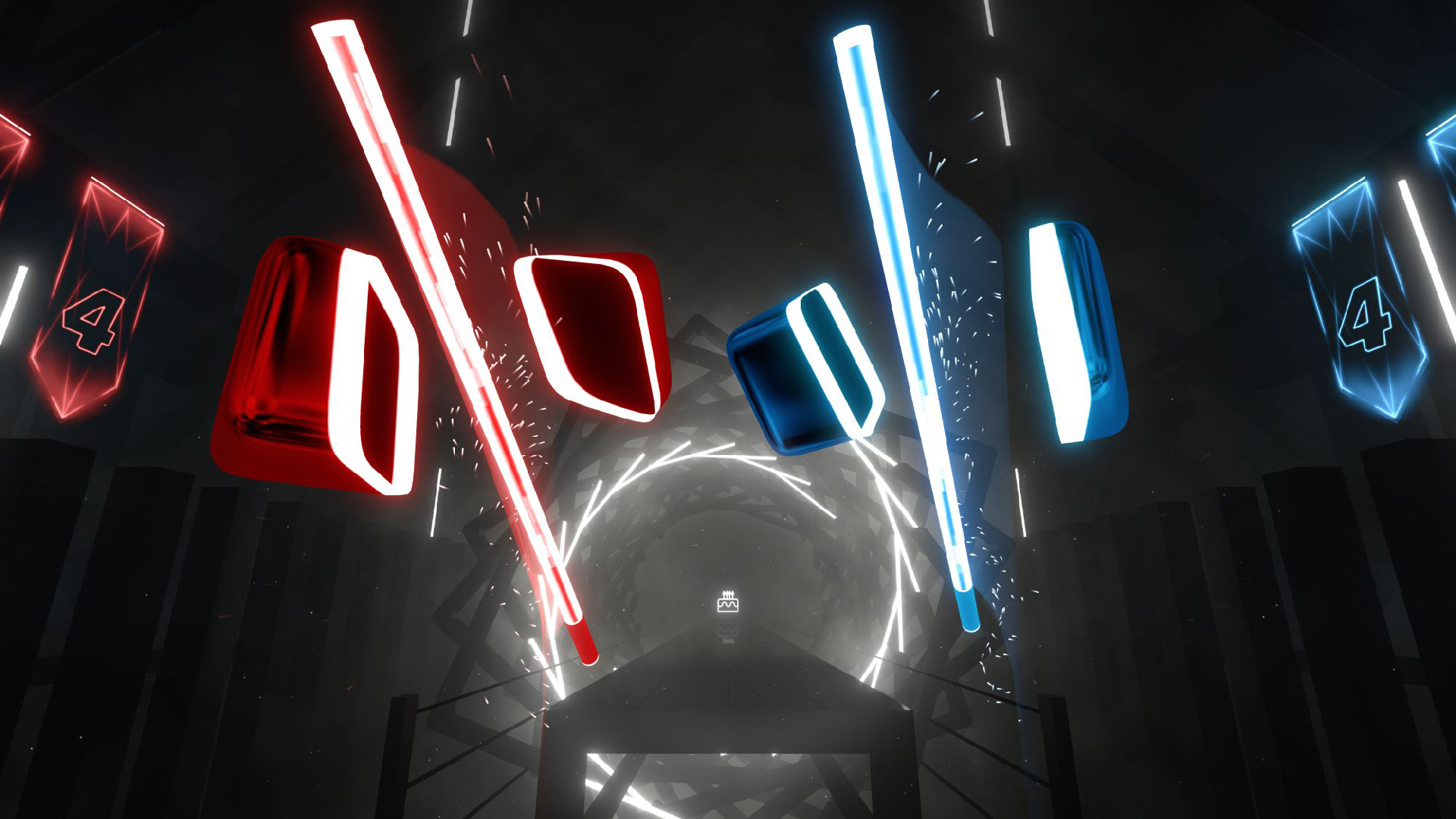 Here’s a quick preview of Camellia’s remix of 100$ Bills:

There’s also a new anniversary themed environment, which Beat Games says in a blog post includes cakes and banners. Called ‘The Second’, the new level is a remake of the original OST 1 environment (aka ‘The First’).

Over the last four years, developers Beat Games was acquired by Meta (then Facebook) which saw a near-constant release of paid and free DLC. Meta’s deep pockets allowed the studio to cut deals with record labels which has seen content from high-profile artists such as Skrillex, BTS, Green Day, Timbaland, Linkin Park, and Imagine Dragons, not to mention the Interscope Music Pack featuring tracks from the likes of Kendrick Lamar, OneRepublic, Limp Bizkit, and Maroon 5.

The most recent release was the game’s Electronic Mixtape which brought tracks from Madeon, Deadmau5, Fatboy Slim, and more.

Available across all supported devices, including Quest 2, SteamVR headsets and PSVR, you can find both songs in the ‘Extras’ section of your song library.