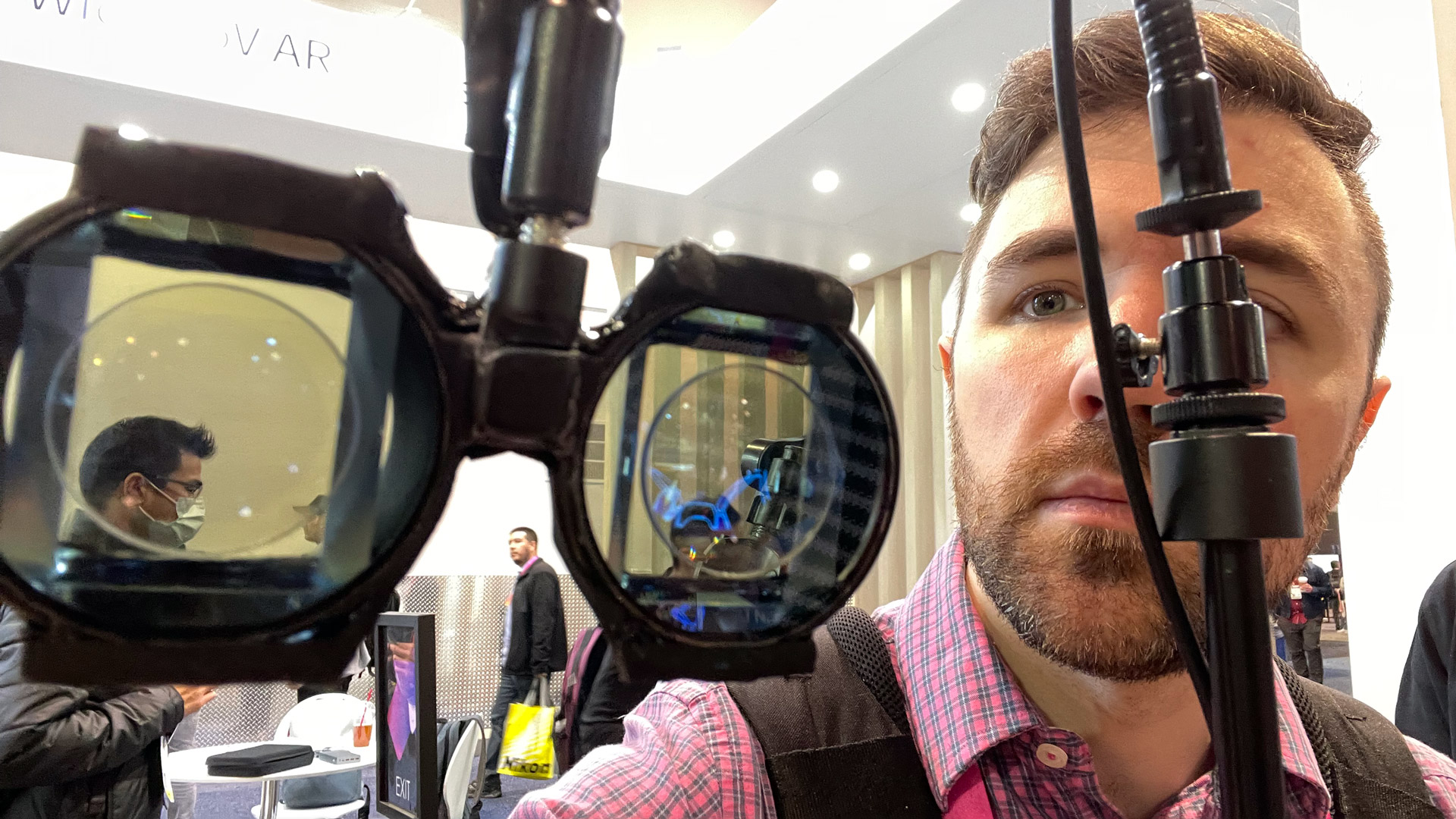 AntVR, an early VR startup which struggled with several XR headset projects that ultimately didn’t find traction, has reemerged with novel optics which can instantly transition between AR and VR modes.

Founded in 2014, AntVR is the China-based VR startup originally behind an early crowdfunding campaign for a PC VR headset (which didn’t ultimately catch on) and a more recent crowdfunding campaign for an AR headset which wound up tanking the company after failing to raise enough money to get the headset out the door. The company claims it has since drastically shrunk its staff and picked up some R&D work which earned enough money to refund backers of its failed AR headset.

And now the company is back with something that’s actually quite interesting. At CES 2023, AntVR was showing off its ‘mixed waveguide AR optics’, which uses a novel approach to keep a slim profile, while at the same time including a dimming feature to instantly switch between see-through AR and full VR modes. Although the company demonstrated their tech working in a pair of glasses frames, AntVR doesn’t plan to manufacture its own headset this time around, but instead is hoping another company will license the optical design and integrate it into their own headset.

Naturally, the most visually immersive among them (the 120° FoV) was the most interesting to me, and it also stands apart from the other two because it uses two displays per-eye (or you might call it two halves of a display, per-eye). Near as I can tell, this is how it works:

There’s essentially half of a display above the eye, and half of a display below. Both images are guided through the lens, then fused to form a single image as the light heads toward the eye. It’s a neat approach because it means the width of the whole display pipeline can essentially be cut in half, which is how these optics manage to stay relatively thin while providing a wide field-of-view. Granted, at 10.5mm, these are definitely still thicker than glasses lenses (which other companies have achieved), but certainly more compact than many birdbath optics that we see with top-mounted displays.

And the AntVR optics have another little trick up their sleeve: an instant dimming function which allows you to switch between transparent AR and full VR at the press of a button.

While the dimming didn’t cut out 100% of the incoming light, it was definitely up there at maybe 90%, which provided an effective backdrop to focus on the virtual content in front of you without being distracted at what’s on the other side of the glasses.

This kind of dimming isn’t new (almost certainly achieved with LCD), but it ‘s interesting to see it in action and imagine the possibilities of a future headset that might include this instant switching functionality.

The AntVR prototypes were rather crude, and there’s a lot of questions left to be answered before knowing if they’d be truly practical in a headset; things like maximum transparency, distortion of the real world, color-reproduction, power consumption, cost, if they can be canted, and how much of a seam between the two images will be apparent in real-world use (the demos at CES were mounted in place, so there was no head-tracking to test with). And frankly, one serious potential challenge with this setup is how much it may distort the user’s eyes when see by outsiders—nobody wants to walk around with that ‘coke bottle glasses’ look.

Still, the compact form-factor spurred by the half-and-half display layout, and the combination of instant opacity switching makes these quite interesting and something I’ll be keeping my eye on.