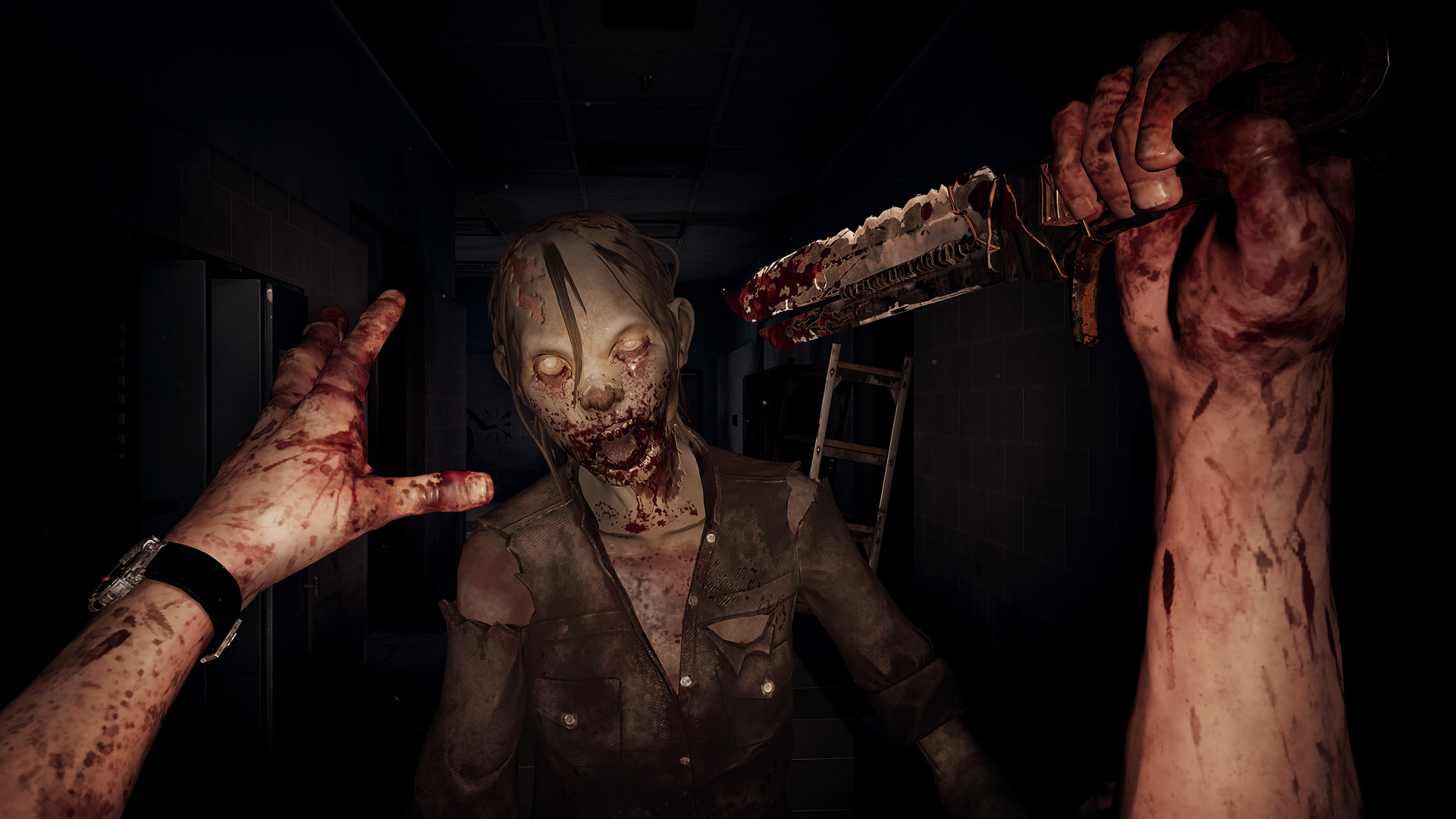 Steam is looking to knock the cobwebs from your wallet this week by offering up some very spooky savings on PC VR games. Here’s a look at our favorite games currently on sale that are sure to give you a fright this Halloween.

Steam’s Scream Fest takes place from now until November 1st. You’ll find hundreds of games on sale, but these are ten of our favorite horror, thriller, and spooky survival games that you should consider picking up:

Bloober Team’s VR adaptation of the popular PC game hits you right in the spine as this story-driven psychological horror runs you through a bone-chilling encounter with whatever is lurking in Maryland’s Black Hills Forest.

Kinetic Games four-player coop title lets you and VR or PC-bound players take on a haunted mansion. Grab your friends and your cadre of ghost hunting equipment to record and take on the mansion’s paranormal activity if you dare.

Steel Wool Studios made a killing on the original Five Nights at Freddy’s, and thankfully its control room-style gameplay translates really well to VR. Five Nights at Freddy’s: Help Wanted is a collection of classic and original mini-games set in the Five Nights universe that serves up all of the frights only Freddy Fazbear and his trope of tormenting bandmates can provide.

Created by Endnight Games, you find yourself reeling in a dense forest as the lone survivor of a passenger jet crash. Defend yourself from cannibalistic mutants as you build, explore, survive in this terrifying first-person survival horror simulator.

Arizona Sunshine studio Vertigo Games reenters the first-person shooter genre with this intense co-op shooter that lets you team up with three others to take on hordes of zomboids. It’s basically Left 4 Dead in VR.

If you haven’t nabbed this legacy VR zombie shooter from Vertigo Games, you should definitely consider it. Although featuring two-player co-op, Arizona Sunshine should probably be effectively considered a single-player game now since the cross-play multiplayer hype has faded over the years. The frights sure haven’t though.

This beloved indie horror game from Albino Moose got a VR fix update this summer that lets you take on 1,000 rooms of horrifyingly cute terror in a VR headset. It’s not all 16-bit cuddliness though, as you might just run into unspeakably hideous monsters the deeper you go down the rabbit hole.

Skydance Interactive hit a homerun with this Walking Dead-themed adventure, putting you not only against hordes of deadly walkers, but the rival gangs of survivors that you can either side with, or fight as you scavenge the flooded ruins of New Orleans. Axe, meet head.

Dreadhalls is old but gold. This horror adventure has been haunting VR headsets for seven years now, and trapping unsuspecting adventurers in a DnD-style dungeon. By 2022 standards it might be a bit too basic of a premise to really bite into for experienced horror lovers, but at this price it’s hard to pass up for a night or two of timely spooks.

Armed with a battery hungry flashlight, you find yourself exploring what appears to be a quiet average looking home in a woodsy neighborhood. Before long, you discover you’re not alone as you discover the clues unraveling the horrifying mystery of what’s gone on in this house and struggle to survive the terror that hunts you.

Spot any good PC VR deals on Steam we should know about? Let us know in the comments below!