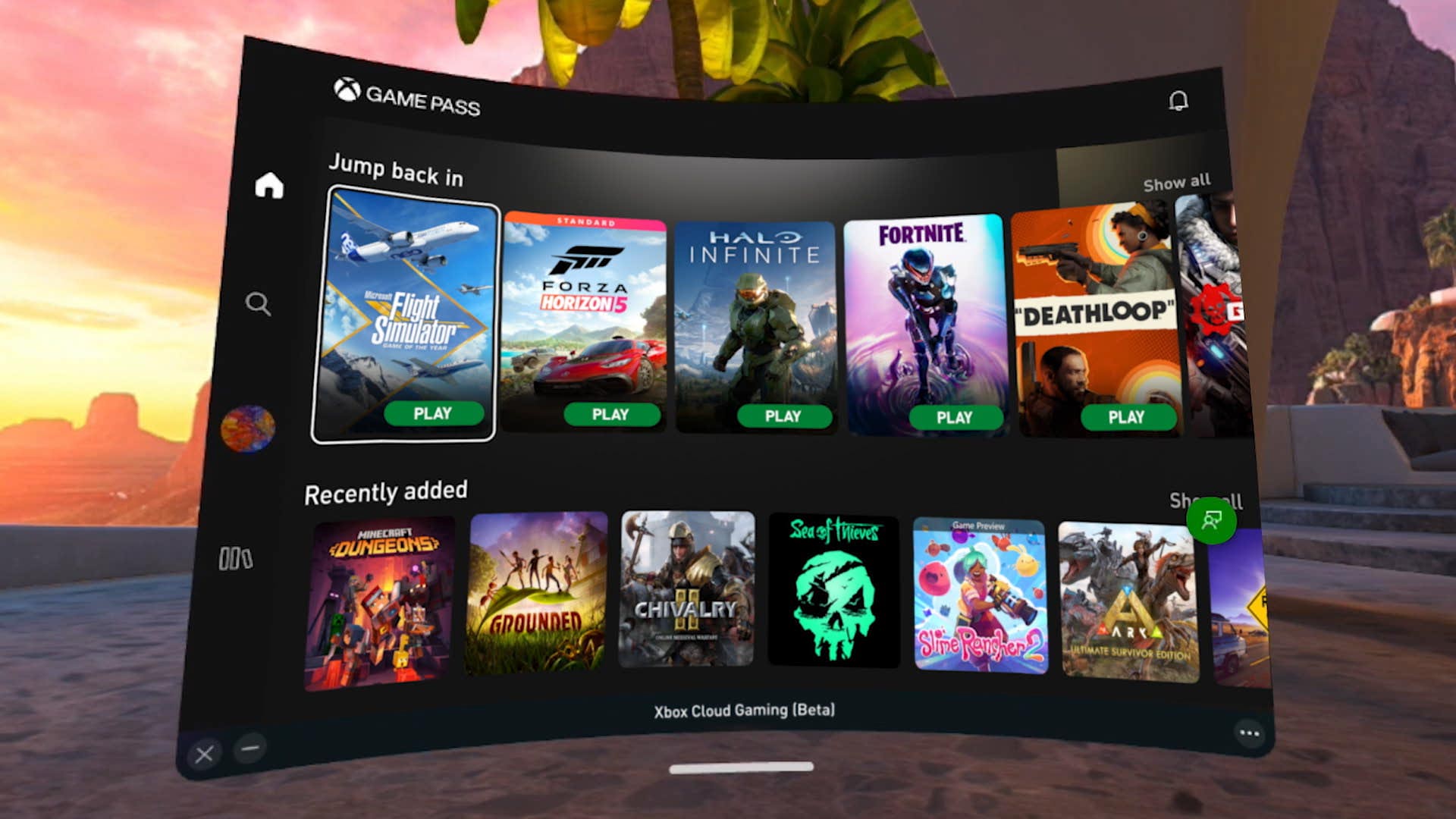 Quest 2 users will soon be able to play Xbox games thanks to a growing partnership between Meta and Microsoft announced at Connect that will not only bring Xbox Cloud Gaming to the platform, but also a host of Windows productivity tools.

At some point in the near future, you’ll be able to hook up an Xbox controller to your headset and play console games from the Xbox Game Pass Ultimate library.

Granted, you’ll be playing those games on a virtual 2D screen like you might in Bigscreen VR or Virtual Desktop, however the official integration means you’ll be able to go completely standalone if you were previously screen mirroring from a PC via Link or Air Link. While headed for Quest 2, it’s also presumably coming to the newly unveiled Quest Pro, which is capable of both VR as well as AR, thanks to its full-color passthrough capability.

The cloud gaming partnership with Microsoft comes alongside a wider push by Meta to launch a host of Windows productivity tools on Quest, which also comes with the ability to use Windows 11 via the cloud.

Microsoft has largely bowed out of VR following its launch of Windows PC VR headsets in 2017 (aka ‘Windows MR’), not to mention its historical lack of VR strategy for its Xbox consoles. Including the tech monolith in its plans for a more work-focused headset comes at a key moment in Meta’s march towards mass adoption though.

Speaking at Connect, Meta CEO Mark Zuckerberg distanced the company from its historically closed garden approach to app development, promising to become an arbiter of an open ecosystem as it moves towards its wider metaverse goals:

“In every generation there’s been an open ecosystem and a closed ecosystem. There’s Windows and Mac, and Android and iOS. Closed ecosystems focus on tight control and integration to create unique experiences and lock-in, although most of that value ends up flowing to the platform over time. Open ecosystems create value and grow through many companies working together, developers having lots of choices, and ultimately more people sharing in the upside of what is created. An interesting thing about the history of computing is that different models have won out in different periods; it’s not predetermined which will be the primary one this time around. But as someone who has experience building under both models, I strongly believe that an open, interoperable metaverse built by many different developers and companies is going to be better for everyone.”

Just who that “closed ecosystem” company is at this point remains to be seen. The only company that fits that bill better than Meta itself is Apple, which is most definitely looking to get into XR in the future. Both MR and AR headsets are rumored to arrive from Apple at some point down the road, although when is still very much subject to speculation.