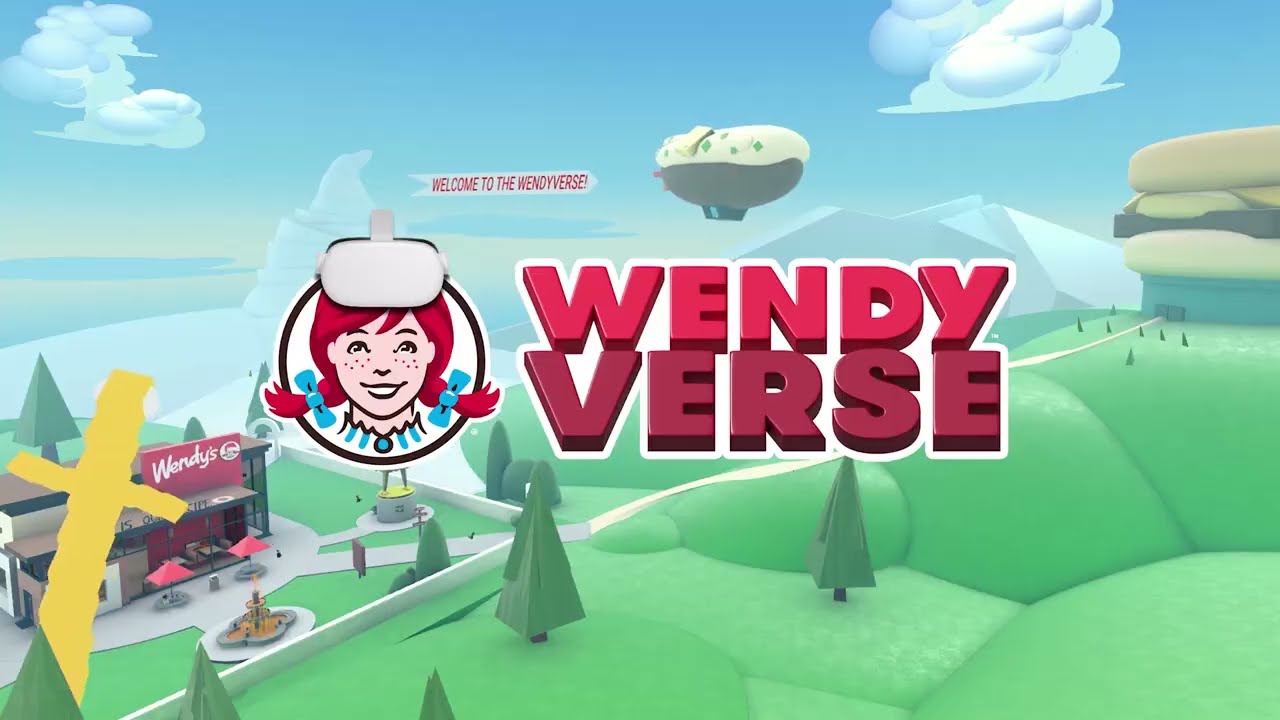 Wendy’s is more than a chain restaurant that serves square-shaped burgers. It’s also a marketing powerhouse that’s known for kicking off the trend of companies openly roasting their competitors (and other people) on Twitter. Now Wendy’s is taking a big first step into VR April 2nd with its upcoming ‘Wendyverse’, which will be hosted on Meta’s Horizon Worlds.

Horizon Worlds is Meta’s social platform for its VR headsets, Quest 2 and Oculus PC. Worlds still in a pretty early state—it’s only currently open to 18+ users in the US & Canada—however it’s already demonstrated its role as a brand engagement vehicle in the short few months after exiting invite-only beta.

Last month, Meta opened a virtual version of the arcade depicted in its Super Bowl Questy advert, which offered up VR users a host of mini-games and avatar costumes to mess around in. Granted, Questy’s was a fictional brand, but it must have been an intentionally appealing usecase of how brands could use Meta’s social VR platform to promote their wares.

The Wendyverse hype video shows off a very Questy-inspired space that includes its fair share of costumes and mini-games: a type of shuffleboard using a burger, a basketball court with a hamburger-shaped basketball, and a carnival-style darts game using straws and Frosties.

This comes amid Meta’s greater push to incentivize third-party developers to create for Horizon Worlds via a new program that’s offering training and over $500,000 in funding and cash prizes. Much like established social VR platforms like VRChat and Rec Room, Horizon Worlds emphasizes user-generated rooms as a big attraction.

If you’re interested in getting a crack at the Wendyverse, download Horizon Worlds on Quest 2 or Oculus PC and follows these instructions: