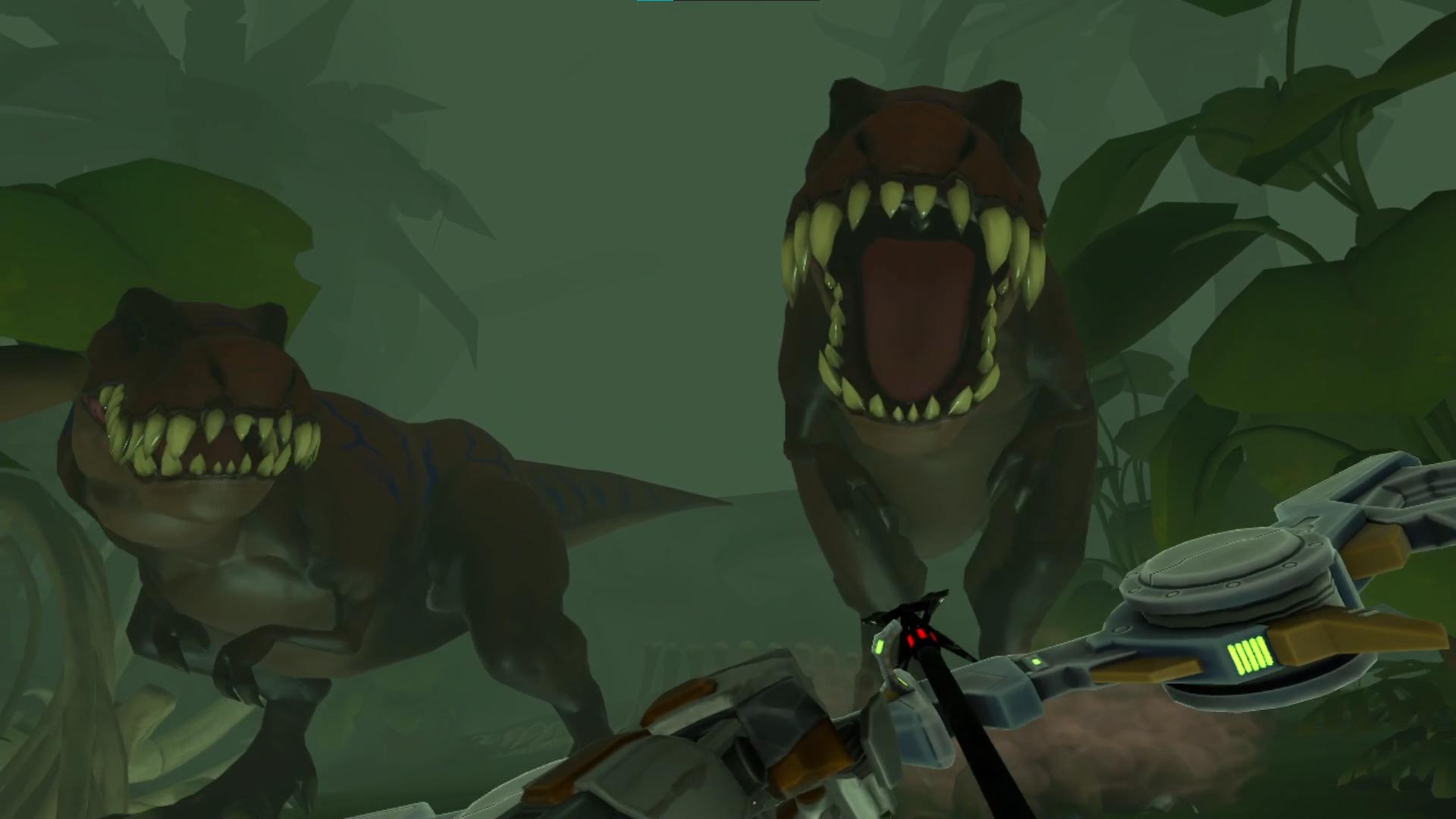 Phaser Lock Interactive, the VR studio behind Final Assault (2019) and Twisted Arrow (2017), announced an upcoming co-op dinosaur hunting game that pits you against a Jurassic Park’s worth of the mighty beasts—even Tyrannosaurus Rex.

Called Primal Hunt, the cross-platform co-op game gives you a variety of armor and weapons as you track down and fight the deadliest creatures to have ever walked the Earth.

The game, which is inspired by the Turok series and TV show Westworld, is slated to land on Meta Quest 2, HTC Vive Focus, and Pico headsets sometime in early 2023.

The studio also released a short teaser video (below the article) and a few images, showing off what looks to be a bow-heavy hunting experience that features plenty of pushback from the native fauna.

1 of 4
SEE ALSO
ByteDance’s Pico Interactive is Expanding to the U.S. to Compete with Meta

There’s still much to learn about Primal Hunt. Here’s how Phaser Lock describes it on the game’s website:

Face the ferocity of a pack of Raptors, the strength and power of a Triceratops, and the terror of coming face to face with a 30-ft Tyrannosaurus Rex, all in VR!

With a variety of armor and weapons at your disposal, you are poised to become the ultimate hunter…if you can survive. As you master each challenge, your prey will also become more dangerous as they are outfitted with advanced cybernetic enhancements and weapons, including carbine machine guns, rocket launchers, and more!

The studio promises that more information is coming, and that’s there’s also the possibility of a closed beta coming at some point this year.

We’ll be keeping our eyes out for all things Primal Hunt as Phaser Lock promotes its first game in the past three years since it launched Final Assault out of Early Access of PC VR headsets in 2019.