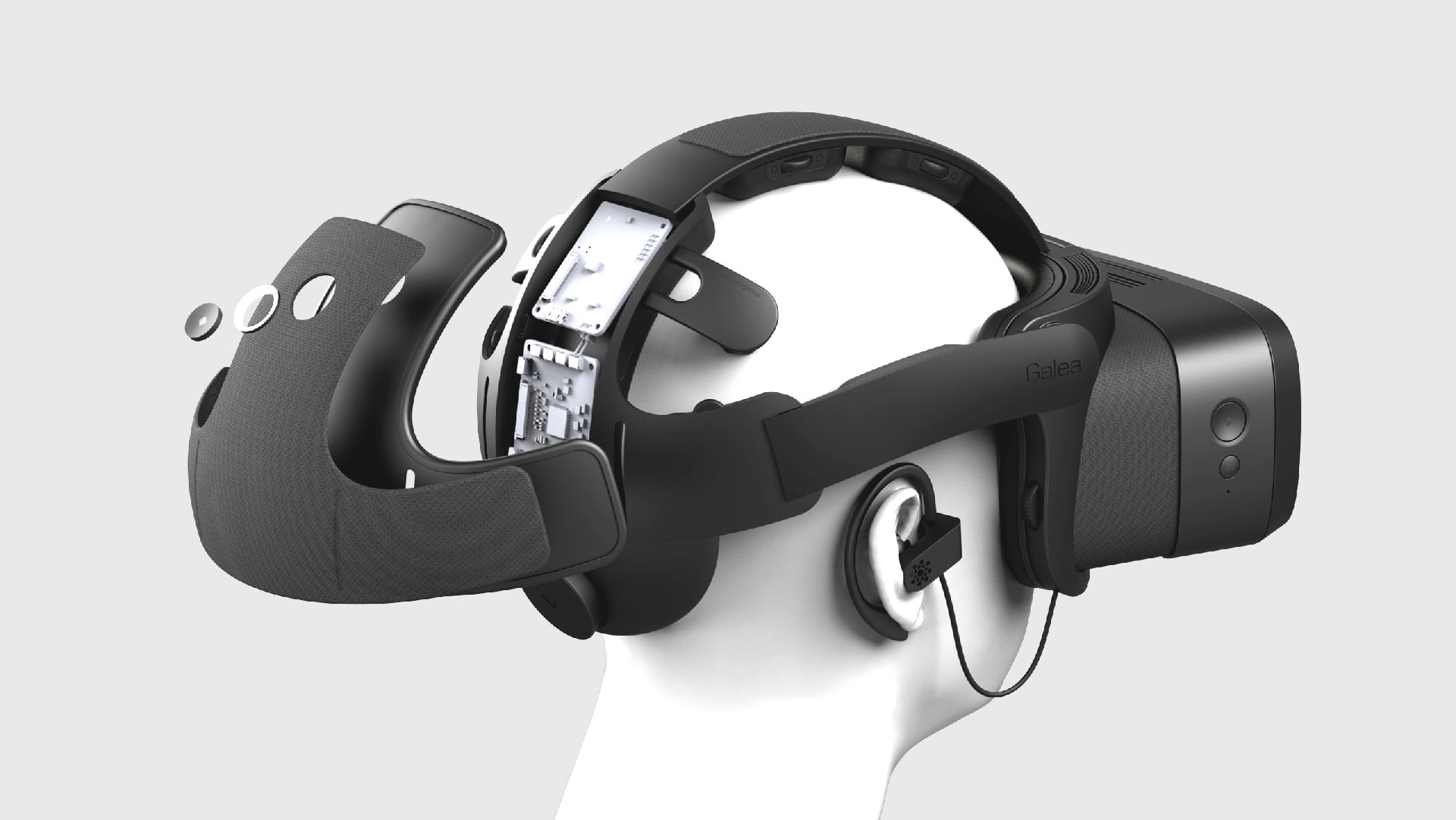 OpenBCI initially announced Galea back in late 2020, a hardware and software platform that’s designed to merge its brain-computer interface tech with XR headsets.

It’s an area of research that many companies are looking towards (such as Valve) in the hopes that such non-invasive devices could provide a host of new data. Knowing how a person reacts in real-time to virtual stimulus could give developers in the future more ways of serving up dynamic content.

Galea is said to include a suite of sensors including electroencephalogram (EEG), electrooculography (EOG) electromyography (EMG), electrodermal activity (EDA), and photoplethysmography (PPG) sensors, which are intended to measure data from the user’s brain, eyes, heart, skin, and muscles.

Varjo Aero is a pared down version of the company’s latest headset which offers industry-leading fidelity and advanced features for a cheaper (re: not cheap) price that makes the company’s offering more attractive to medium-sized businesses and wealthy VR enthusiasts. Without Galea, Aero is priced at $2,000 and features no annual fee—a far cry from the company’s previous enterprise headsets that range from $3,200–$5,500 (plus an $800–$1,500 annual fee).

OpenBCI and Varjo are opening pre-orders starting today, May 31st, specifically appealing to companies, developers, and researchers who have already applied to the Galea Beta Program. The headset-BCI combo is said include SDKs with ready-to-use building blocks for accessing the sensor data inside of Unity, Python, and several other common development environments.

Provided there are any units left after pre-orders, the companies will open up sale to the general public on July 1st, 2022. It’s not certain what price the companies intend to levy on the BCI-capable Aero though.

Read our review of Varjo Aero here and check out the full specs below for the headset (sans Galea).

Read our review of Varjo Aero here and check out the full specs below for the headset (sans Galea).