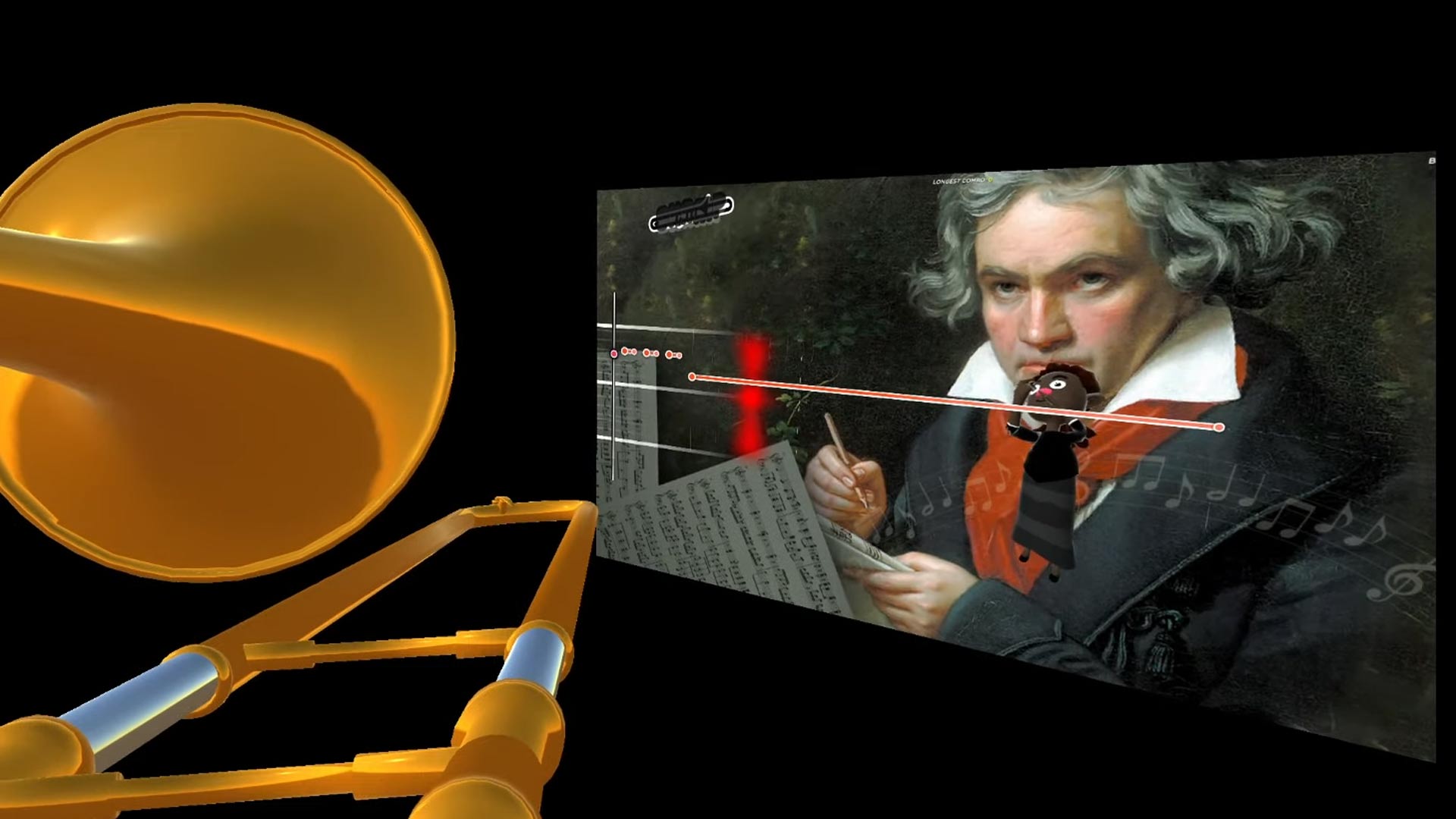 Trombone Champ is a new PC rhythm game from indie studio Holy Wow that’s charming, silly, but also painfully stuck in the flatscreen land of mouse and keyboard. Less than two weeks since its 1.0 release on PC, the game already has already garnered its first VR mod.

The mod, called BaboonVR, is brought to you by itinerant modder ‘Raicuparta’, who’s also known for having brought retroactive VR support to Firewatch, The Stanley Parable, and Outer Wilds to name a few.

In BaboonVR, the game screen is shown as a projection while you use hand controls to play the virtual trombone, sliding action and all. That’s it for now, however Raicuparta says the mod is still in early access, available as a one-time purchase on Itch.io, or by being a subscriber to his Patreon.

Raicuparta says that the current version is “still quite simple,” as it calculates pitch based on the relative distance from one controller to the other.

“So you don’t actually need to put the mouthpiece in your mouth yet, but it definitely feels cooler if you do,” Raicuparta says.

Of course, you’ll need a few things to start “boning”, or “troming down to bone-town” as is often said in the trombone community, depending upon the level of formality required:

The mod by itself is priced at $2, which is about right for an experience that doesn’t include force feedback breathing controls, optically-tracked trombone slide, realistic haptics replicating bell vibration, or a spit valve. Still, it’s not a bad deal.