Half-Life: Alyx’s Workshop Tools for modding have been out for a while now. This is a set of software utilities that allow anyone to create and install custom add-ons for the game and there’s already plenty to choose from. We tried out a bunch of mods to find out which are worth playing. 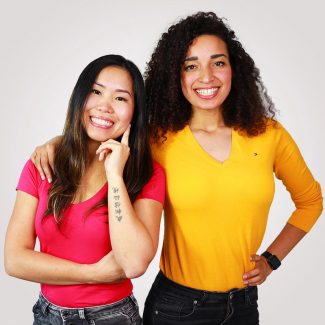 Cas and Chary VR is a YouTube channel hosted by Netherland-based duo Casandra Vuong and Chary Keijzer who have been documenting their VR journeys since 2016. They share a curated selection of their content with extra insights for the Road to VR audience.

These past couple of months I’ve tried about 20 different mods. Some mods are more like add-ons to the base game and can give the original campaign a whole new experience, while some feel like entire standalone campaign levels. Playing the game again and checking out these mods is an awesome way to extend your playtime in Half-Life: Alyx.

There are so many mods now, though, so if you’re wondering which to try first, here’s a list of my 10 favorites. I tried to make this list as varied as possible because I wanted to show a variety of mods.

If you don’t know how to install a mod, check out the video at around the 9: 12 minute mark. Don’t worry, it’s straightforward!

So, you’ve defeated the Combine. Now it’s time to relax, and the perfect place for that is in the Northern Star Bar, where you can dive into leisurely activities like pool. This bar also has a 4-lane bowling alley with working scoreboards and realistic feeling bowling balls. This is probably a mod you’d really only install and play once, but since it’s so different from other mods I wanted to include it as it shows what kinds of things are possible with the tools.

The name says it already, play Mini-golf in an atmospherically designed environment built from the ground up using assets from the base game. It’s a short seven hole course that you walk through yourself. Don’t forget to take in the views every so often!

Victory Mine is a mine level inspired by Half-Life 2: Episode 2 where you have to fight your way to the surface. You’ll go up against various types of Antlions and some Combine soldiers here and there. It’s a short campaign with intense battles that will surely test your skills, but if you have some time to look around this map is also atmospheric with beautiful lighting.

Glorious Gloves is an add-on that works with any part of the game. By turning it on, Alyx’s Gravity Gloves gain the original Gravity Gun from Half-Life 2. Now you can levitate, pull, or push objects away. You can also cause melee damage by punching with a closed fist. According to the mod’s developers, you can even complete 90% of the original game using only the Glorious Gloves without any guns.

This mod adds a spawn menu, which allows you to spawn different characters and items. This can be NPCs, props, ragdolls, weapons, and entities. This mod is a great way to get a closer look at all the interesting models that Valve built for the game. Maybe you’d like a closer look at Jeff?

Overrun is an adventure map with less exploring and more high-paced Combine action. I enjoyed my time with this one as it has gameplay elements of a dungeon game. You complete one ‘room’ by defeating all enemies, get some time to heal up before you move on to the next. These ‘rooms’ are small, but well-thought out with props and items that you can use to your advantage.

Mine Break is a mod series that feels like a standalone campaign. The mission story is about exploring an abandoned warehouse that’s full of valuable resources that could aid in fighting the Combine oppression. The first chapter has you exploring a dark, underground mineshaft, where you’ll find puzzles, scripted scenes, and encounter various enemies. It’s a well-paced campaign with a mix of exploration and combat. This one may not be for the faint-hearted, though.

Crash Course is from the same creator as Mine Break. It’s another excellent map that feels like a full campaign. It’s one that feels big as you’ll explore large open areas. Like the previous mod, this one also has scripted scenes and puzzles. I especially like how creator SadlyItsBradley also made creative use of the base game assets, some of which can surprise you. Overall, a fun one to go through. It’s less dark than Mine Break too, so probably more suitable for everyone.

Alyx Plays Minecraft is different as it’s a map that has all the Minecraft assets imported which makes it look like a completely different game.

You’ll be spawned in a Minecraft world where the Combine have stolen your diamonds and you must fight them to get them back. You’ll start outside in the forest, but soon you’ll enter the dark dungeons, which can get a bit scary, just like in Minecraft. If you’ve played Minecraft, you’ll especially love to explore this one, but even if you haven’t, the contrast between Alyx and Minecraft graphics is entertaining on its own.

Say Bye to Alyx Vance, you are now Alyx Bond. This is a four-part mod series with maps that are all based on the classic Nintendo 64 GoldenEye 007 maps. What’s interesting is that the devs of these mods decided to use the assets from the base game instead of importing their own.

The gameplay is fun, too; it feels like a complete, standalone campaign with combat that will force you to act strategically. Overall it’s impressive work and I would recommend this one to everyone.

That’s it! We hope you enjoy these mods. We’ll for sure dive back into Half-Life: Alyx every so often to check out new mods. Let us know what your favorites are in the comments!