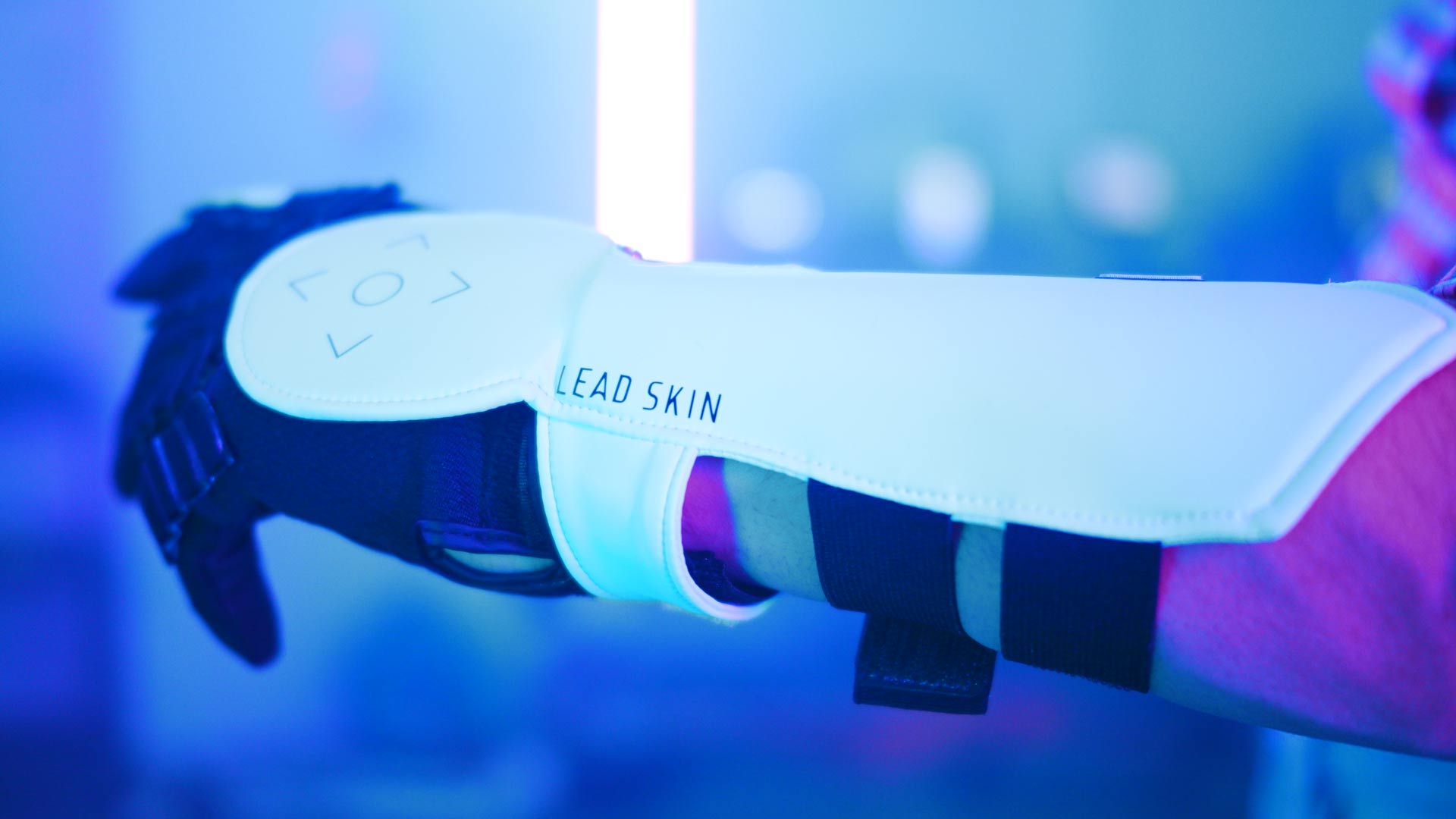 AI SILK is a Japanese wearable-tech startup that’s set to unveil a new haptic glove at CES 2023 next month which approaches both haptic feedback and finger-tracking in a different way altogether.

AI SILK is a Tohoku University spinoff that develops wearable products using their patented technology to produce smooth conductive fiber, turning them into electrodes that can be used for a number of things.

Called Lead Skin, the controller houses these conductive fibers, which not only provides finger-tracking and control buttons on the back of the gauntlet-style controller, but also an electrical haptic pulse that aims to simulate manipulating virtual objects.

Weighing in at 380g (~13.5oz), or about the weight of two Quest 2 controllers with batteries included, Lead Skin is said to measure the current impedance from the expansion and contraction of the fabric within, and then through deep machine learning-developed algorithms “understand the intended actions from glove wearers’ physical finger movements,” AI Silk says in a press statement.

Electrical pulses are sent to both the palm and fingers, which is a decidedly shocking departure from the standard haptic motor buzzes that we’ve seen in other VR gloves.

While specs are still thin on the ground, the flashy promo video is certainly something to behold, if not only for its peek inside the Japanese idol industry, which regularly host handshake events. It’s not clear how resistance training and face-punching fit into Lead Skin’s actual feature set, but the spot certainly looks electrifying, as our protagonist is recognized as the idol’s online training partner.

AI Silk’s Lead Skin haptic gloves will debut at CES 2023 between January 5-8, where we’ll have feet on the ground. Check back soon for more info on Lead Skin and all of the latest AR/VR tech out there at the biggest trade shows of the year.