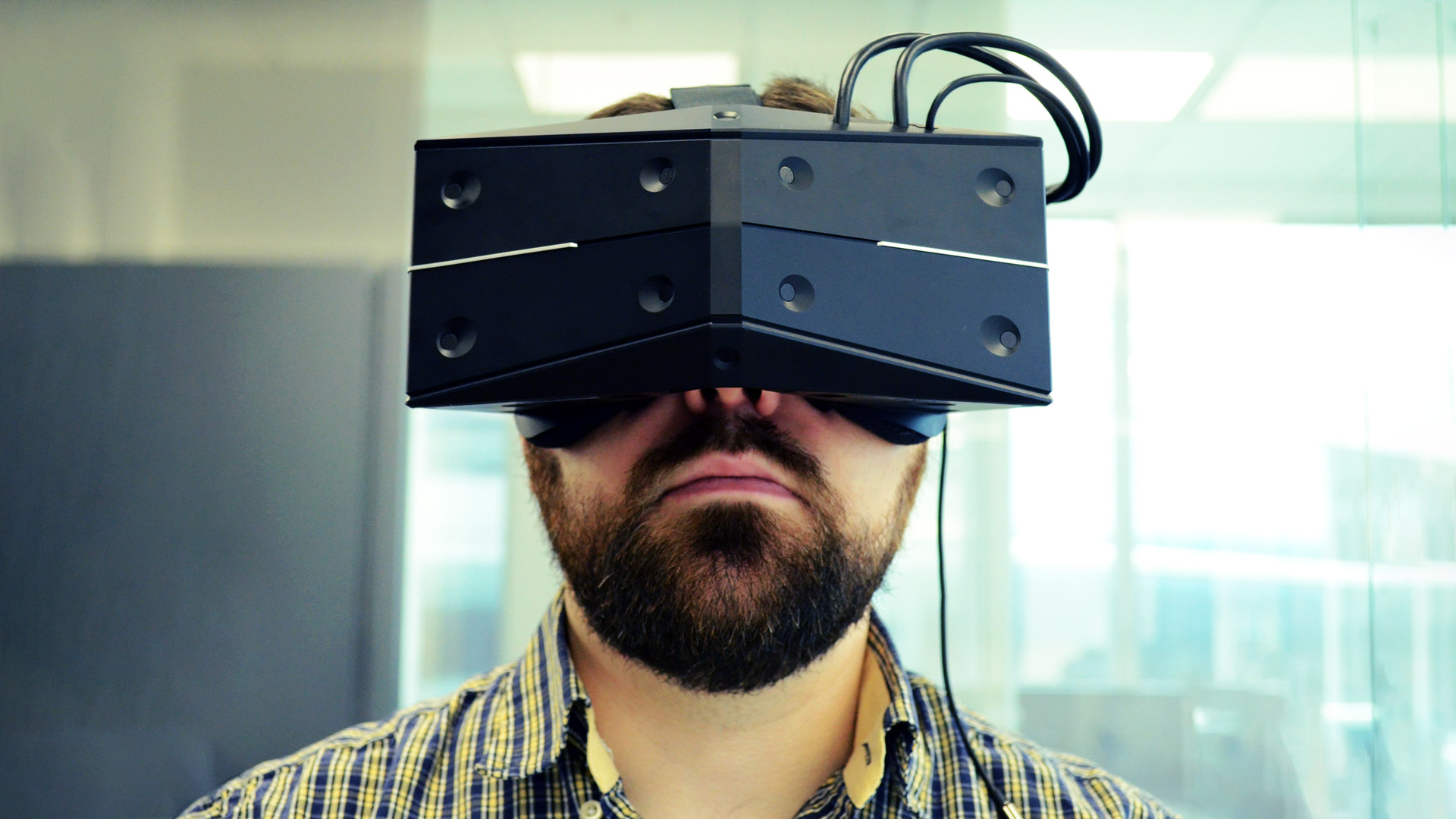 When it comes to VR headsets aiming for ultra-wide fields of view, three devices dominate the discussion: Pimax “8K”, VRgineers XTAL, and StarVR One. Having recently had the opportunity to get a thorough hands-on with each, the one that stands out currently as the most complete and market-ready headset is the new StarVR One.

Update (September 24th, 2018): In my initial preview of the StarVR One back in August, I noted that the mura (inconsistencies in color and brightness from pixel to pixel) of the headset was lacking compared to the Vive Pro, and it stood out as a bottleneck to overall clarity against the otherwise minimal screen door effect.

Also worth noting that this update comes after previews have been published of the latest ‘M2’ prototypes of the Pimax “8K” and “5K” Plus. As we haven’t had the opportunity to preview the M2 yet, as originally written, this article contrasts StarVR One against the prior Pimax “8K” prototype.

Original Article (August 22nd, 2018): It’s worth noting here at the top that all three headsets are targeting different use-cases and run a wide range of prices. VRgineers says their XTAL headset is about maximum visual clarity above all else, and they’re focused on enterprise usage (~$5,000). Pimax is aiming to create consumer-focused headset with a field of view and resolution that exceeds incumbent consumer headsets like the Rift and Vive (<$1,000). StarVR is aiming for a mix of commercial and enterprise use-cases, leaning toward the former, while not attempting to compete directly with incumbent consumer headsets (StarVR hasn’t announced the price of the One just yet, but we’re expecting >$1,000).

That said, in the region where all three of these headsets overlap, StarVR seems to have a strong lead on tough problems that remain challenging for the other two. Specifically in the area of optical comfort.

While the Rift and Vive fall into the ~100 degree field of view class, XTAL is targeting 170 degrees, Pimax 180 degrees, and StarVR 210 degrees. Pushing the field of view this far brings new optical, rendering, and form-factor challenges, all of which StarVR One seems to have sorted out while its contemporaries are still in varied stages of solving.

StarVR One is using a pair of angled displays combined with large Fresnel lenses that cover almost the entire inside of the headset. The headset is impressively compact and reasonably light compared to the Rift or Vive, considering the vastly increased field of view that it brings to the table.

Angled displays make for potentially greater field of view and a more compact form-factor, but also make optics and rendering more complex. The rendering and distortion profile—the math which tells the computer how to draw the virtual scene to account for both the lens distortion and angle/distance of the display in relation to the eye—has to be spot-on in order to achieve both a strong sense of immersion and optical comfort. If you get this wrong, the world won’t look quite right, and you could wind up with uncomfortable eye-strain. Avoiding distortion artifacts in the far edges of the field of view (which can be particularly distracting because of our peripheral view being especially sensitive to motion) is also a key challenge.

From my hands-on time with the headset, StarVR has done a great job of achieving optical comfort. The field of view feels immensely wide, reaching to the ends of your horizontal peripheral vision, without introducing eye-strain or edge distortions that are overtly distracting. The projection of the virtual world feels correct in a way that leaves the user free to soak in the added immersion that comes with such a wide field of view. Getting all of this right is key to Presence—that uniquely deep state of immersion.

When you combine the visual comfort with newly enhanced panels (now 90Hz AMOLED, full RBG stripe), integrated SteamVR Tracking 2.0, OpenVR/SteamVR support, eye-tracking, a reasonable size and weight, and a more comfortable strap than previous iterations of the headset, StarVR One feels like the most complete wide-FOV headset to date. Put another way: it feels like it is doing the most stuff right out of the bunch, so far.

That doesn’t, however, mean that it’s the best across the board. While the resolution (1,830 × 1,464 RGB-stripe per eye) is higher than the Vive Pro (1,440 × 1,600 PenTile), stretching those pixels across StarVR One’s wide field of view counteracts the increase, resulting in a similar level of visual fidelity despite the higher pixel count. Meanwhile, XTAL’s clarity is a clear step above both.

While the screen door effect on StarVR One isn’t invisible, it’s certainly minimal (RGB-stripe helps with this)—

Update (September 24th, 2018): After my initial assessment that mura on the StarVR One wasn’t quite up to par with the Vive Pro, StarVR discovered that the headset I used was misconfigured with the wrong mura correction file. The company invited me back for a second look after fixing the issue.

With the proper mura correction in place, there was a clear reduction in how noticable the mura was. The faint color discrepancy I had seen previously was practically eliminated, while inconsistencies in brightness were reduced as well; there was also less ‘structure’ to the mura than before (meaning it was more evenly spread out), which made it less noticable. Overall it made for improved clarity compared to what I had seen before, and puts the StarVR One’s mura suitably in the same class as the Vive Pro. While previously the headset’s mura appeared to me as the bottleneck to greater clarity, with the fix I would say the next bottleneck now leans a bit more toward resolution/aliasing.

And while the new rigid strap—which easily adjusts with a knob on the back and velcro on the top strap—brings added comfort, the headset lacks built-in headphones, which means users will need to fiddle with a separate pair of headphones; an inconvenience mostly left behind by incumbent headsets. StarVR says they’re working on an integrated audio solution, but it won’t be ready for the launch of StarVR One.

There’s also the matter of the headset’s tether, which has two plugs on the end, one for each display. It’s thinner than prior versions of the headset, but still noticeably heavy.

All that said, we still don’t know what StarVR One will cost, or exactly when it’ll become available, though the company teases “soon,” and says that the headset is set for mass production. While StarVR is clear that it’s targeting a “premium” experience (and ostensibly, price) suitable for enterprise and commercial use, I’m told that they won’t shy away from selling the headset to individuals.