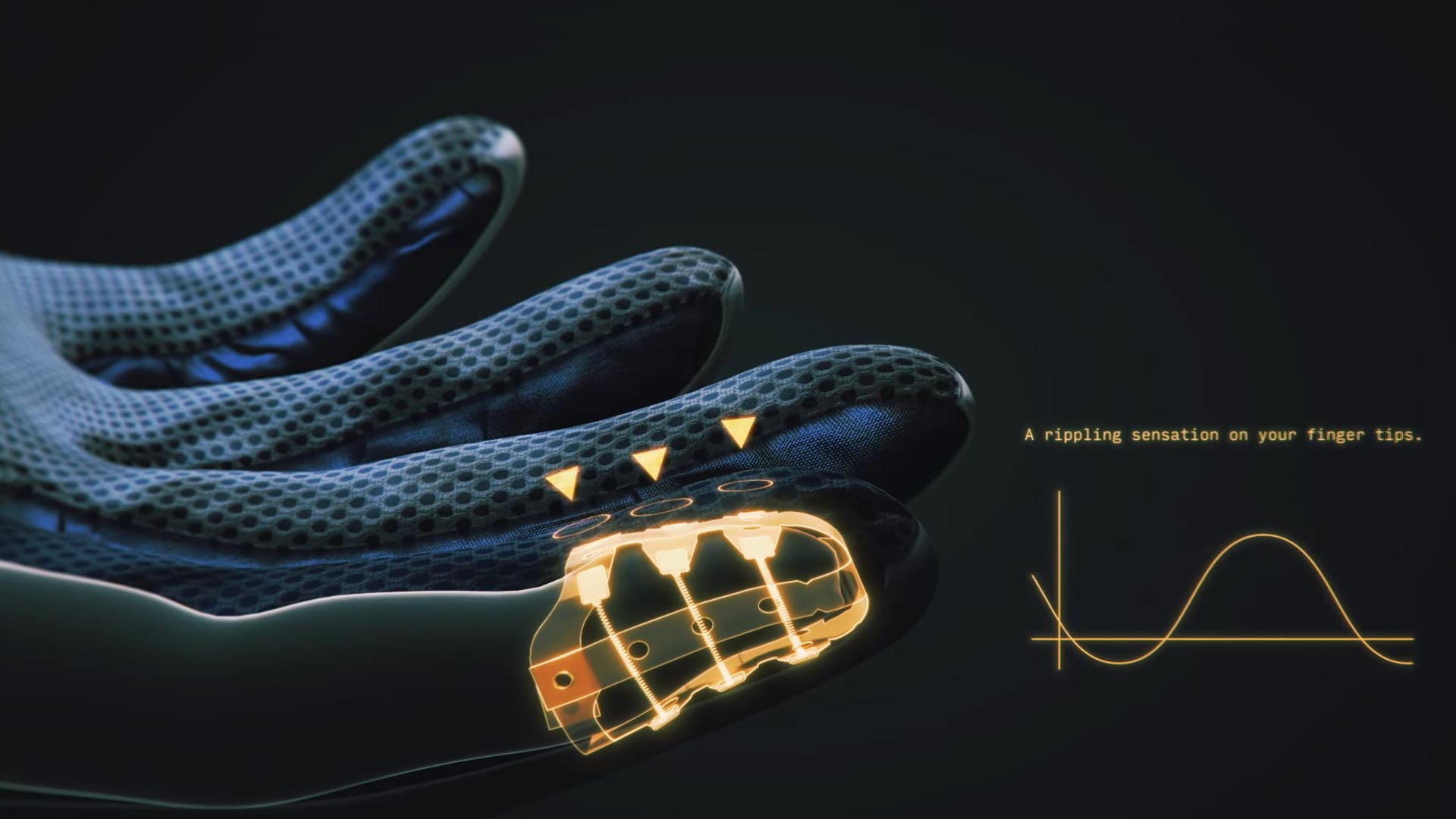 Diver-X, the Japan-based startup known for pitching an ambitious VR headset earlier this year, is at it again, this time with a pair of VR gloves that incorporates a membrane capable of flexing and compressing to replicate the sensation of touch.

The original HalfDive headset campaign on Kickstarter managed to secure enough cash to be considered fully funded back in January 2023, although the team decided to cancel the campaign and return the funds to backers. In the end, the Sword Art Online-inspired headset, which allowed you to play whilst laying down, was deemed too niche a product to deliver at such a small scale.

Now the startup is back at it with another Kickstarter, albeit with an ostensibly wider appeal. Its ContactGlove not only tracks each finger and includes SteamVR tracking mounts for positional tracking, but also allows for button input emulation so you never have to pick up a controller during gameplay. Ultimately, its ‘pro’ feature on higher-end models boasts haptic feedback thanks to flexible membranes that contract and expand to replicate touch on the user’s fingertips.

The button input is an emulated affair, as in you need to go through a configuration software to assign individual buttons to hand gestures, like bending your right index finger to pull a trigger, so it’s up to the user whether that feature can be useful and in what context.

Here’s a look at ContactGlove promo from the Kickstarter. Take note: the magnetically attached controller with joystick and buttons seen in the video is not a feature listed on the Kickstarted campaign:

The Kickstarter is already live, and it seems to have caught fire among backers looking to nab a pair of the company’s VR gloves. At the time of this writing, the project has already blasted past its original funding goal of ¥26M (~$200,000) with over funds tipping over ¥29M (~$220,000).

The company is pitching ContactGloves starting at ¥65,000 (~$490) for models without the flexible touch membrane, and ¥94,000 (~$710) for non-haptic models with Tundra Trackers included. All haptic-capable versions of ContactGloves are already gone unfortunately, which were priced starting at ¥115,000 (~$870). We’ll be keeping our eye on stretch goal updates to see whether the startup adds the ability to purchase haptics as an add-on.

Here’s a quick look at the specs, courtesy of Diver-X: