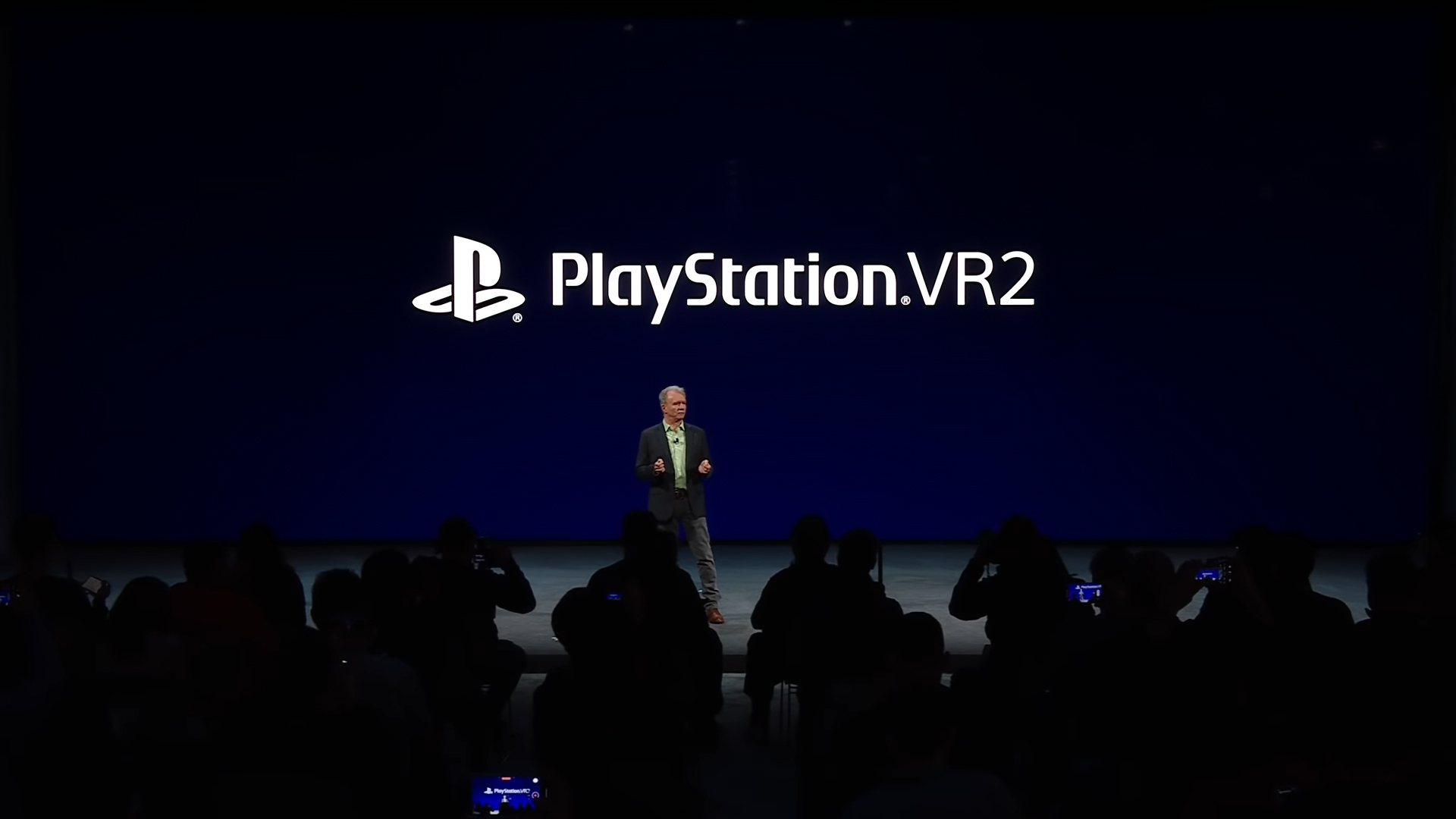 During Sony’s annual investor day event, the company confirmed to investors that it has a lineup of more than 20 games ready for the launch of PSVR 2—despite having not yet confirmed the headset’s release date.

Sony’s 2022 Investor Day presentation gives investors in the company an overview of recent performance and future strategic outlook at the company’s core business segments which include PlayStation, Sony Music, and Sony Pictures.

During the wide ranging presentation, the company briefly highlighted “PSVR 2 launch” as a key part of its ‘commercial expansion’ strategy designed to bring “new growth vectors” to the company.

“PlayStation has, and always will, stand for innovation. And PlayStation VR 2 is the latest manifestation of our commitment in the innovation space,” said PlayStation CEO Jim Ryan. “Our plans are now well advanced, with the most striking aspect being the sheer joy expressed by gamers and developers alike when they have the chance to enjoy virtual reality on the PlayStation VR 2.”

Ryan stopped short of confirming a specific launch date or launch window for the headset, but his presentation slide during the segment confirmed “20+ major first-party and third-party titles confirmed for PSVR 2 at launch.”

Ok so hear me out.

While there have been rumors that PSVR 2’s launch could land in 2023, it does seem oddly premature to be counting the number of launch titles for a headset that isn’t launching for another 12 months, or possibly even longer (ie: Holiday 2023).

Surely in another year from now the company could court many more launch titles, and that bigger number would be the one they’d want to share with investors. It’s also worth noting that in last year’s Sony Investor Day presentation, the company didn’t say anything about the number of launch titles for PSVR 2, despite mentioning the headset.

On a similar note, it would be strange for the company to reveal the final version of its upcoming headset more than a year before bringing it to market… but as we know, Sony revealed PSVR 2 in full early this year.

Major consumer electronics products like consoles don’t often launch in Q1, let alone Q2. Case-in-point: every PlayStation console since PS1 has launched in Q3 or Q4… and the same goes for PSVR 1 which launched in Q4.

So a good bet for the release of PSVR 2 is Q4… but the big question is which year?

Again, if we figure Q4 2023, that would mean Sony revealed the final version of PSVR 2 one year and eight months minimum before actually launching the headset… which would be pretty strange for this this kind of product. And that would also mean the company is counting the headset’s launch titles—as it did in this year’s investor day presentation—almost one and a half years ahead of time.

If we figure a Q4 2022 launch… the timing of the headset’s reveal, and the fact that Sony is already counting launch titles, start to make a lot more sense.

But there’s a wildcard, of course; it’s been an unprecedented couple of years with the pandemic changing how organizations do business, not to mention significant disruptions to the global supply chain which has directly impacted Sony’s ability to keep its PS5 in stock.

Turbulence in the global supply chain has shifted even the best laid product launch strategies, so it may simply not be up to Sony if the headset’s launch gets pushed to 2023. For what it’s worth, the company told investors during the presentation that it has “mitigation measures in progress,” when it comes to dealing with supply chain disruptions, including “sourcing multiple suppliers for greater agility in unstable market conditions.”