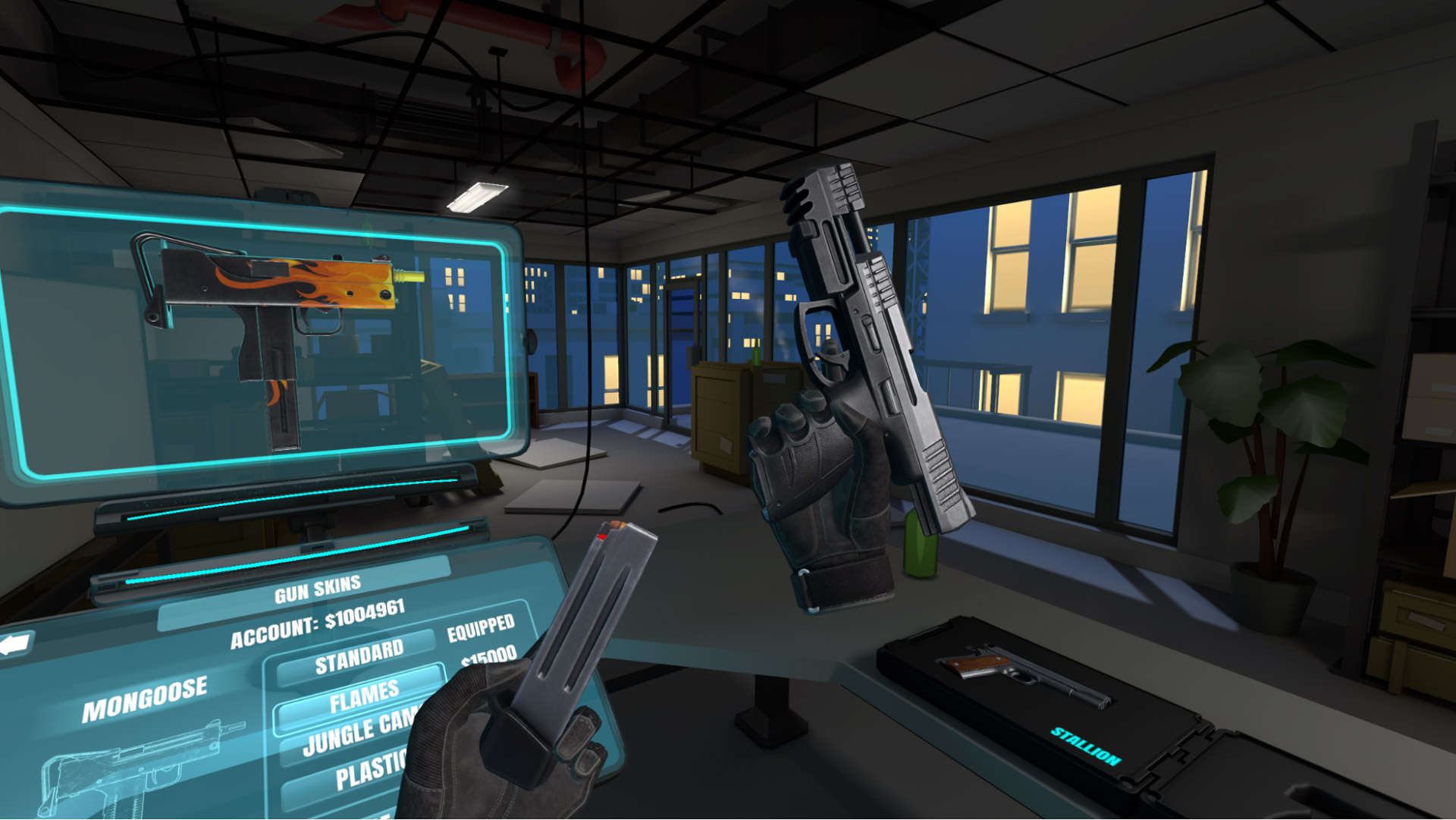 App Lab shooter gem Dead Second is getting a big update this Friday ahead of a price increase; the update gives players many more ways to play, extra levels, and more polish.

In a sea of many experimental App Lab apps, Dead Second stands out as a highly optimized (120Hz) and polished Time Crisis-esque VR cover shooter designed for quick and digestible action. It’s solidity is surely thanks to the experience of pioneering VR developer Sean Edwards, the mind behind the very early VR game Lunar Flight (2012), and his studio Spunge Games.

Come Friday, Dead Second is due to get a big update which will give players more ways to play and improve graphics.

The headlining features include dual-wieldable guns, manual reloading, a firing range for practice (and some leaderboard competition), and two new levels.

Oh and if you happen to have a bHpatics device, Dead Second now includes support for the vest, head, and arm haptic devices.

The Dead Second update is due to launch on Friday, August 12th. When the update launches the game will continue at its current $12 price for one week before being increased to $20.