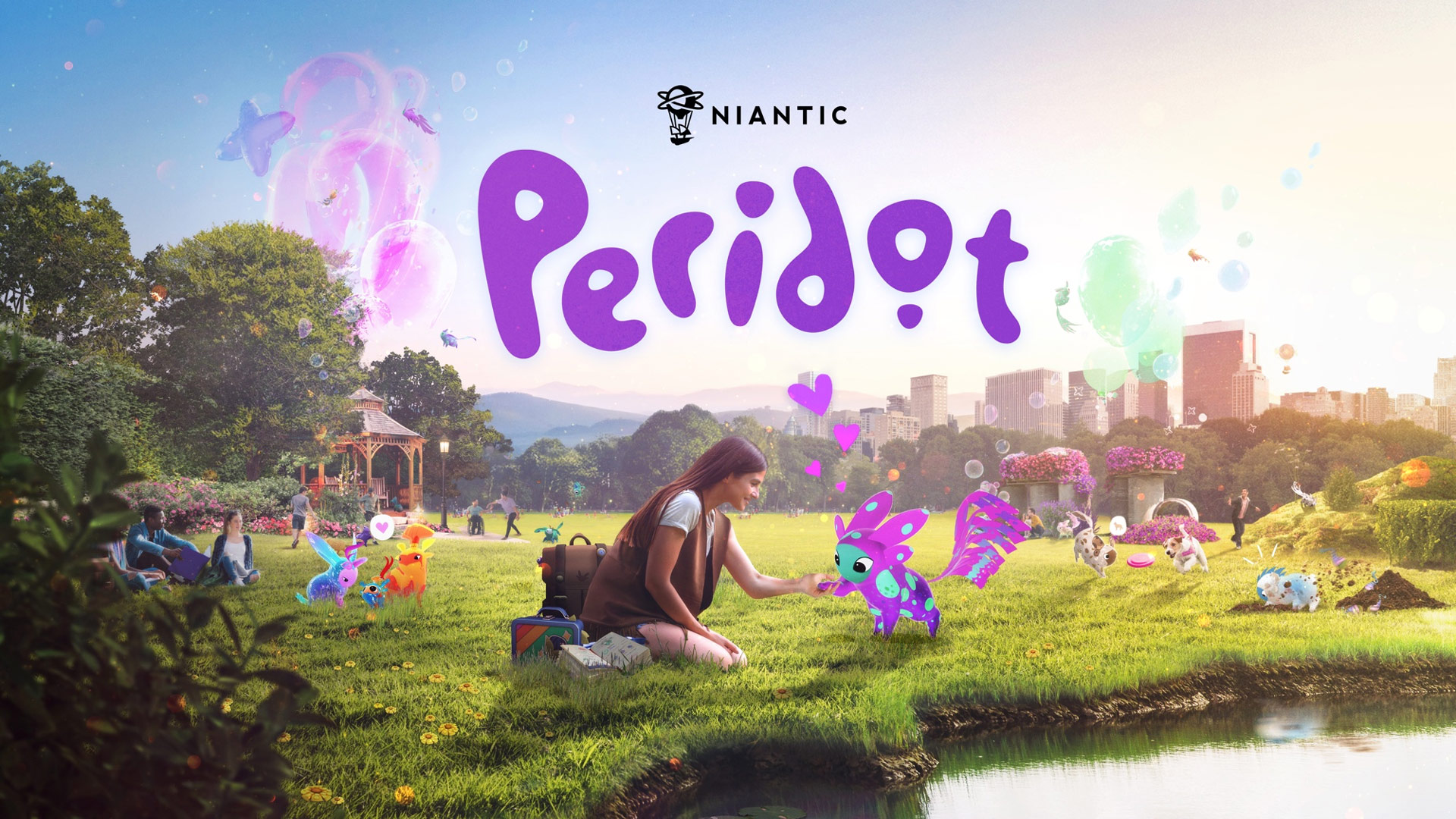 When developer Niantic launched Pokémon Go back in 2016, many heralded it as ‘the first major augmented reality game’. But as I argued at the time, it really wasn’t ‘augmented reality’ at all… but merely a ‘location-based’ game (lest we want to call Google Maps an ‘AR’ app as well). Niantic has since tacked on a few more actual AR capabilities to the game over the years, but location-based gameplay largely remains its foundation.

But, the studio’s long term goal is clearly to move into the actual AR space. Over the years Niantic’s vision of a world-scale augmented reality platform has turned the company into a powerhouse within the industry, with investors most recently valuing the company at $9 billion.

And now the company’s latest game, Peridot, is starting to lean further into proper AR capabilities.

Announced today, Peridot sounds like Tamagotchi crossbred with Pokémon… Peridot’s core gameplay revolves around raising creatures called peridots (or ‘dots’ for short) and then breeding them to create new unique combinations over time (battling them doesn’t seem to be on the docket however). The company says there’s lots of unique combinations of dots to be discovered, based on the way they are raised and the characteristics of the parents of a baby dot.

And with Peridot, AR is more central to the gameplay, says Niantic. While we don’t yet have an entirely clear image of the AR tech underlying the game, the company says that “Peridot is played in camera-based AR,” and the game will actually identify some aspects of the environment which will become part of the gameplay.

“Dots are clever, and can recognize different real-world surfaces such as dirt, sand, water, grass, and foliage,” Niantic shared, as an example of the game’s AR capabilities. “When your Dot forages on one of these surfaces, it will obtain different kinds of foods accordingly—like kelp from the water or prickly beets from the sand.”

The game’s announcement trailer (above) also suggests that Peridot will detect geometry in the scene and may utilize occlusion and light estimation to more realistically integrate the game’s creatures into the view of the real world. Granted… Niantic’s Pokémon Go trailer infamously implied the same kind of functionality but turned out to be vastly overexaggerating the AR components of the game.

Screenshots of the game also suggest Peridot may be able to recognize some common objects inside the scene, like a player’s real dogs.

We’ll have to wait for the full game to launch before we can see how well these features really work and just how central they are to the gameplay. It shouldn’t be long though, Niantic says that Peridot is soft launching in beta this month in “select markets” on iOS and Android, and access will expand over time.