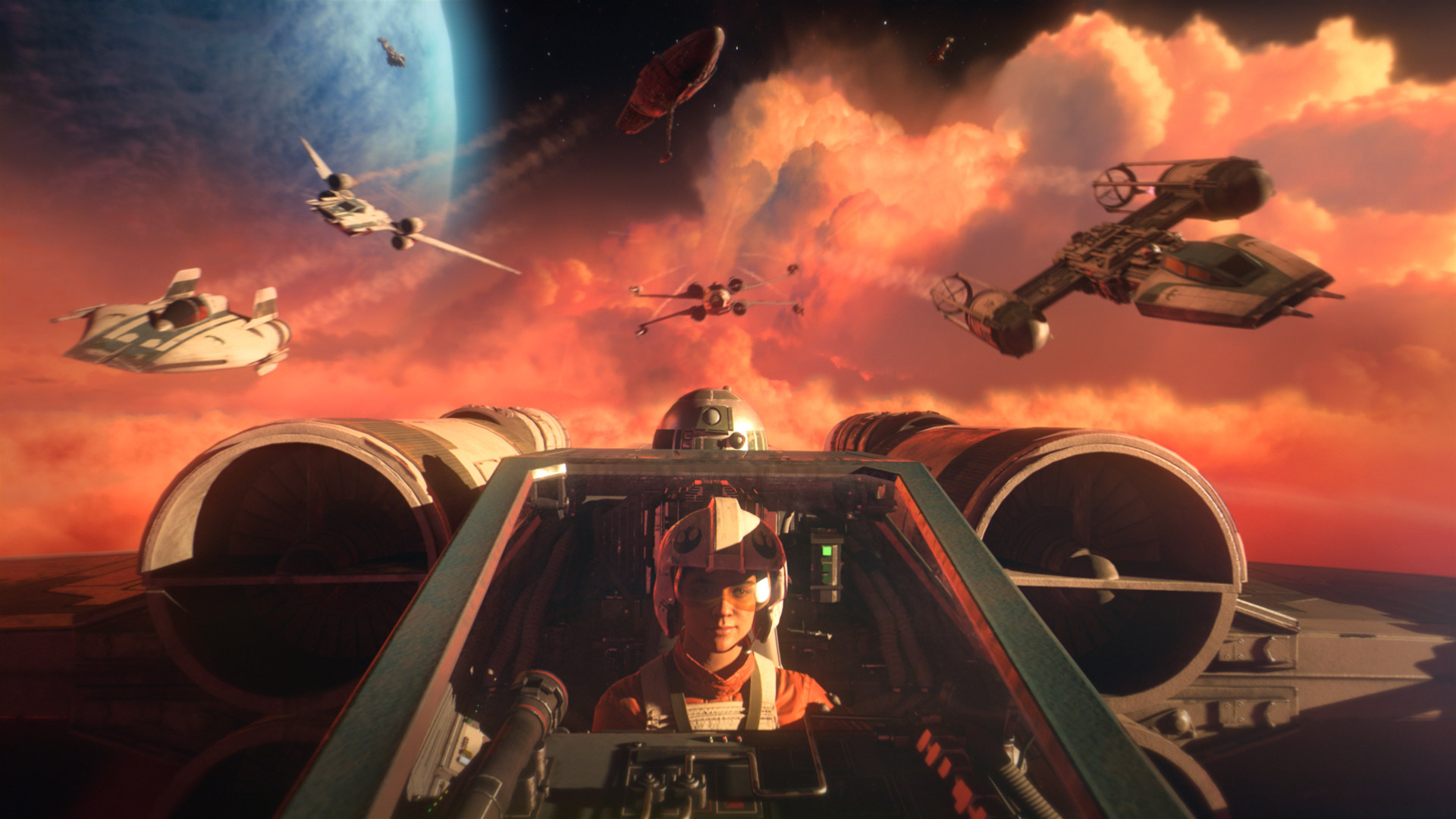 The gift giving season has started early this year, it seems. Star Wars: Squadrons (2020), the highly-rated space dogfighter from EA’s Motive Studios, is free to claim on Epic Games Store from now until December 1st.

Star Wars: Squadrons was primarily created for console and PC, although its VR implementation was right at home in the game’s immersive cockpits. Everything can be played in VR, from its full-length single player campaign to its 5v5 multiplayer mode.

There are some misgivings, although they’re mostly forgivable. Cinematic cutscenes are reduced to 2D windows, but it’s hard to knock when stacked up against the game’s visual detail, which includes some of the most refined character models we’ve seen in VR.

Multiplayer has also dried up a bit over the last two years, although with it free on Epic Games Store for the next few days that’s likely to change with the influx of new players.

Remember: you don’t need to download it right this second, just claim it before December 1st.