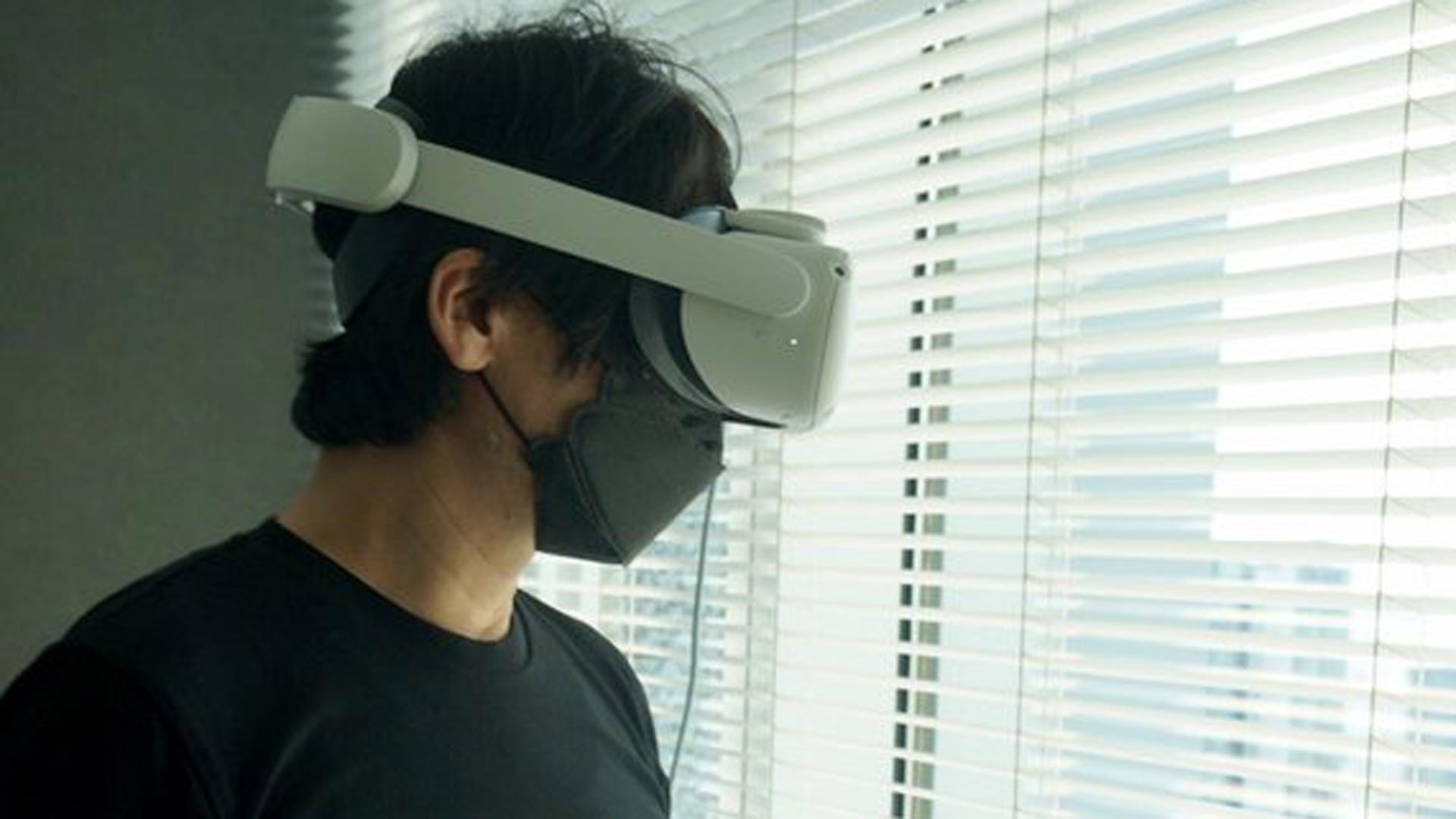 Hideo Kojima, creator of the Metal Gear franchise and founder of Kojima Productions, definitely isn’t presenting a VR game at this year’s Tokyo Game Show (TGS) like a recent tweet suggests, although it’s clear the studio is taking more interest in the medium.

“Doing the final check of KJP VR that we are going to show at TGS 2023,” Kojima tweeted today, donning a Meta Quest 2 headset.

Doing the final check of KJP VR that we are going to show at TGS 2023👍😍🫶🚀 pic.twitter.com/GFWZSc6OAc

Although you might speculate this means the studio is teasing a standalone VR title or experience, Kojima has confirmed the studio is definitely not presenting such a game at TGS this year.

Instead, the tweet is referring to a final check of the Kojima Productions VR booth, which will be accessible via VR headsets when TGS starts tomorrow, on September 15th at 10 AM local Japan time (your time zone here).

2/2
So we will not be exhibiting any games. We will have a VR experience of the KJP entrance, which we could not take out due to the move and had to tear down.

Before moving office, Kojima insisted on capturing the old studio’s entrance to preserve it for posterity’s sake, thereby making it accessible in ‘the metaverse’. Well, now we know where to find it.

The “glowing corridor” that is the iconic entrance to KJP. Since it could no longer be physically moved or stored, we decided to store it as digital data. We decided to shoot it with video and VR, and store it on the Metaverse. pic.twitter.com/YPmNhPFQNq

Last year’s TGS was entirely virtual and debuted the show’s first VR-accessible booth space. This year’s VR component looks to be much larger in scale, as seen in the Japanese language promo video below (English translation available by clicking ‘CC’).

This is the first time the studio has produced something specifically for VR users (and PC alike) to enjoy, and while we were hoping for something with a little more substance, it’s a good sign that the studio is interested in VR production and contributing to ‘the metaverse’.

And although the studio hasn’t taken a direct hand in VR production until now, the company’s namesake has been a fairly ardent supporter of the medium. Kojima noted one of his first encounters with VR was “fun!” back at TGS 2015. He’s also tweeted about his experiences with various VR headsets and experiences over the years, and his position as advisor on now defunct VR studio Prologue Immersive.