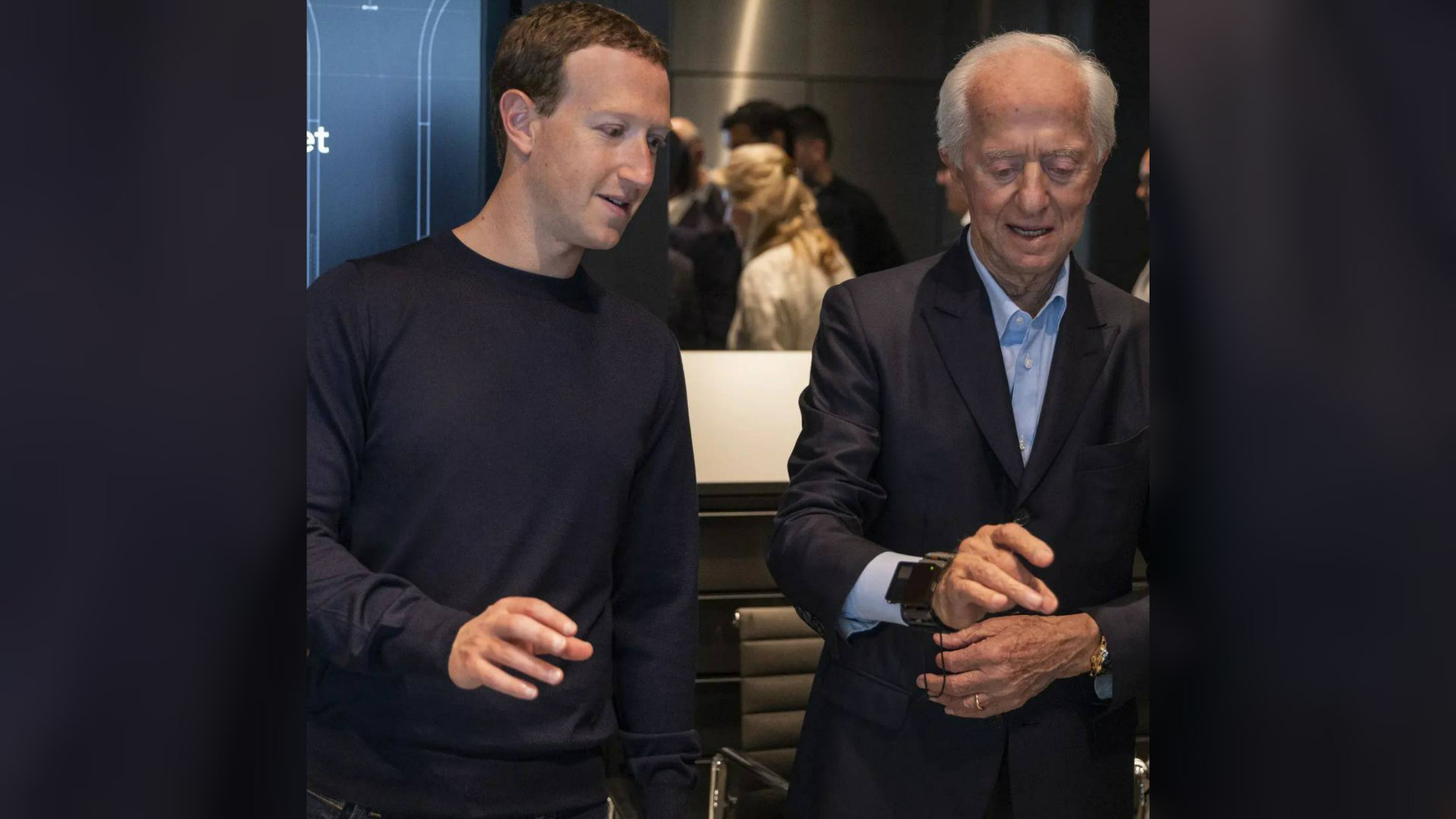 Meta CEO Mark Zuckerberg showed off a prototype of the company’s wrist-worn XR controller this week to EssilorLuxottica, the Italian parent company behind the Ray-Ban Stories camera glasses and a host of other conventional luxury eyewear brands. Although outwardly it appears to be similar to what the company revealed last year, it’s a definitely vote of confidence by Meta in the tech’s potential as the basis of a future XR input device.

Posting on Instagram, Zuckerberg showcased the prototype to EssilorLuxottica President and CEO Leonardo Del Vecchio, who can be seen pinching two fingers together in what is likely a clicking-style selection gesture.

Here’s what Zuckerberg had to say about the trip:

“Great to be back in Milan to discuss plans for new smart glasses with Leonardo Del Vecchio and the EssilorLuxottica team. Here Leonardo is using a prototype of our neural interface EMG wristband that will eventually let you control your glasses and other devices.”

Zuckerberg hasn’t said as much, however the device looks awfully familiar, albeit a little rougher than what the company revealed in March 2021.

The wrist controller, which exists thanks to the acquisition of CTRL-Labs in 2019, is based around an array of electromyography (EMG) sensors that detect electrical signals which control the muscles in your hands. When first unveiled a year ago, Meta researchers said they were also looking into a number of haptic technologies that would help the user feel input too.

A smaller, more refined version of the neural input tech could prove valuable since the prospective AR glasses user wouldn’t need to use cumbersome controllers on the daily, or rely entirely on optical hand tracking either, which critically doesn’t provide haptic feedback.

Late last year the Italian eyewear company co-released Ray-Ban Stories, the first in a line of smarter glasses that Meta hopes will pave the way towards the future of smart and stylish AR devices. Ray-Ban Stories, which is something of a cross between Bose Frames and the first three generations of Snap’s Spectacles (re: not AR or smartglasses), is one of the few products featured in the newly opened Meta retails stores, which include demo areas for Meta Quest 2 and Portal.

As Zuckerberg said, the companies are still engaged in planning for new smartglasses, so a close hardware partner with the cachet of EssilorLuxottica is certainly worth impressing with visions of the future.

Meanwhile, Meta says it will be releasing four new VR headsets by 2024, which ought to give us plenty of XR devices to look forward to in the years to come.