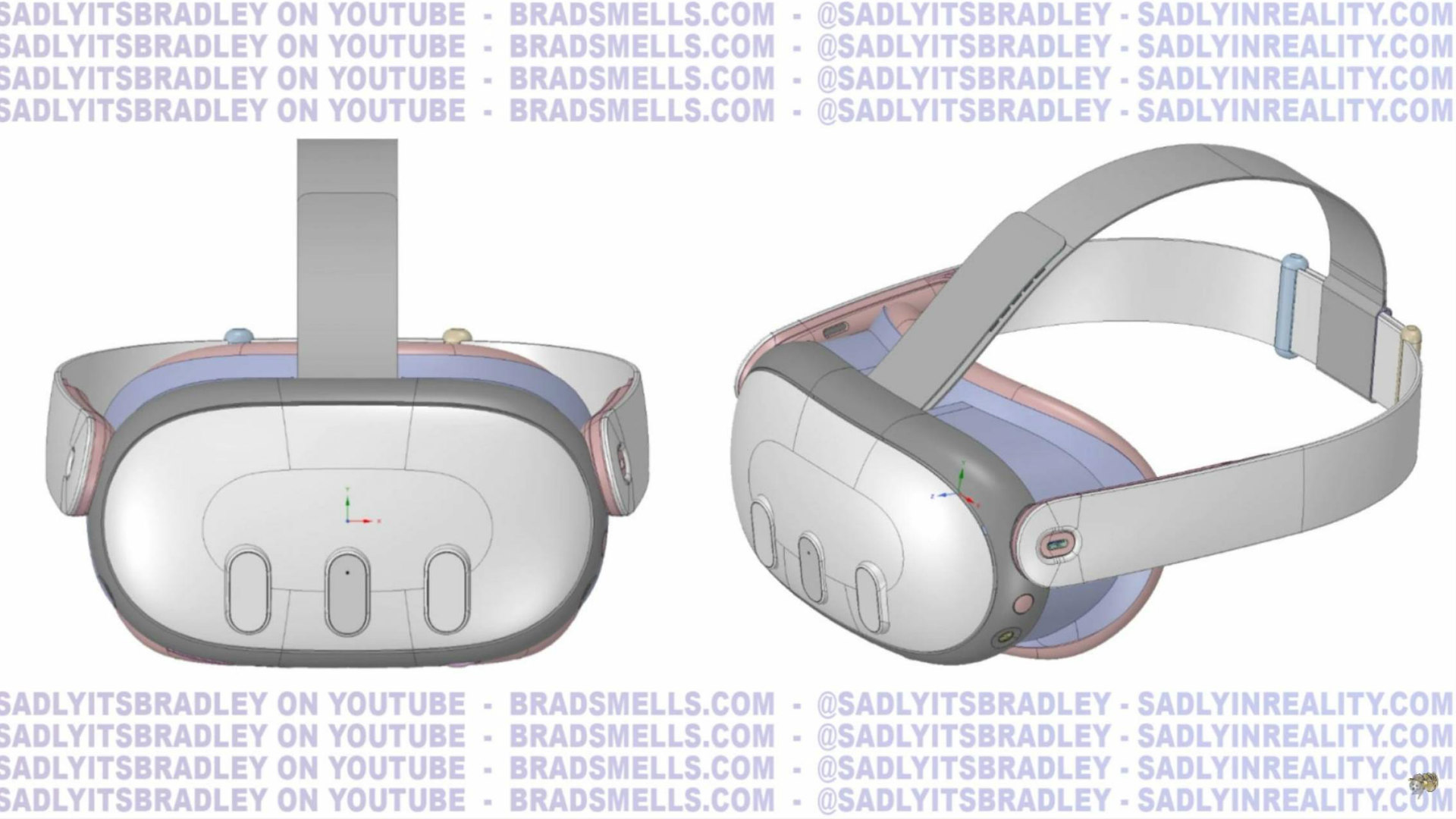 There’s been a torrent of leaks that over the months have given us a pretty comprehensive look at Quest Pro, Meta’s next high-end VR headset likely seeing a big reveal at Connect next month. Now it appears a new device is being subject to the same leaky treatment, with a supposed consumer-focused ‘Quest 3’ headset now surfacing.

Hardware analyst and YouTuber Brad Lynch (aka ‘SadlyItsBradley’) has been a driving force behind many of the Quest Pro leaks in the past, and now Lynch has revealed in a new video what he believes to be CAD files related to a ‘lower-end’ consumer headset that follows in the footsteps of Quest 2, ostensibly called Quest 3.

Lynch maintains the device in question is codenamed ‘Stinson’, saying it is slated to release at some point in 2023. Furthermore, he reports the headset will be somewhat of a step between Quest 2 and the upcoming Quest Pro, the latter of which focuses more on augmented reality tasks thanks to the inclusion of a color passthrough camera and depth sensor.

And here’s a look at the CAD files of the alleged Quest 3 (Stinson), showing off the exterior, and internals from under the faceplate and facial interface:

The headset is said to be a cheaper, consumer-focused device that will release sometime after Quest Pro. Provided the leak is genuine and represents a near-final product, it actually makes a great deal of sense considering Meta may employ its $800+ Quest Pro as a sort of high-end developer kit designed to kick off the development of a new rash of mixed reality games and experiences, likely with the end goal of capitalizing on that new spate of content with a more commercially accessible product.

To be clear, all leaks should be taken with a grain of salt. Lynch is however well known for his accuracy in past reporting on unannounced software features and physical hardware, touching upon Quest 2, Quest Pro (aka Project Cambria), Pico 4, and Pimax 12K to name a few. In short, Lynch being involved probably suggests we’re dealing with something nearing the final stages of production.

Again, provided this is true, it could be Quest 3 is also looking to duke it out with its biggest rival as of late, ByteDance’s Pico Interactive, which is getting ready to launch the consumer-focused Pico 4 in Europe and parts of Asia in October—a strong competitor to Quest 2. We’ll be watching to see how both companies mature their respective mixed reality content libraries in what may be the very near future though.

For a more in-depth explanation on the alleged Quest 3, make sure to check out Lynch’s full video below: