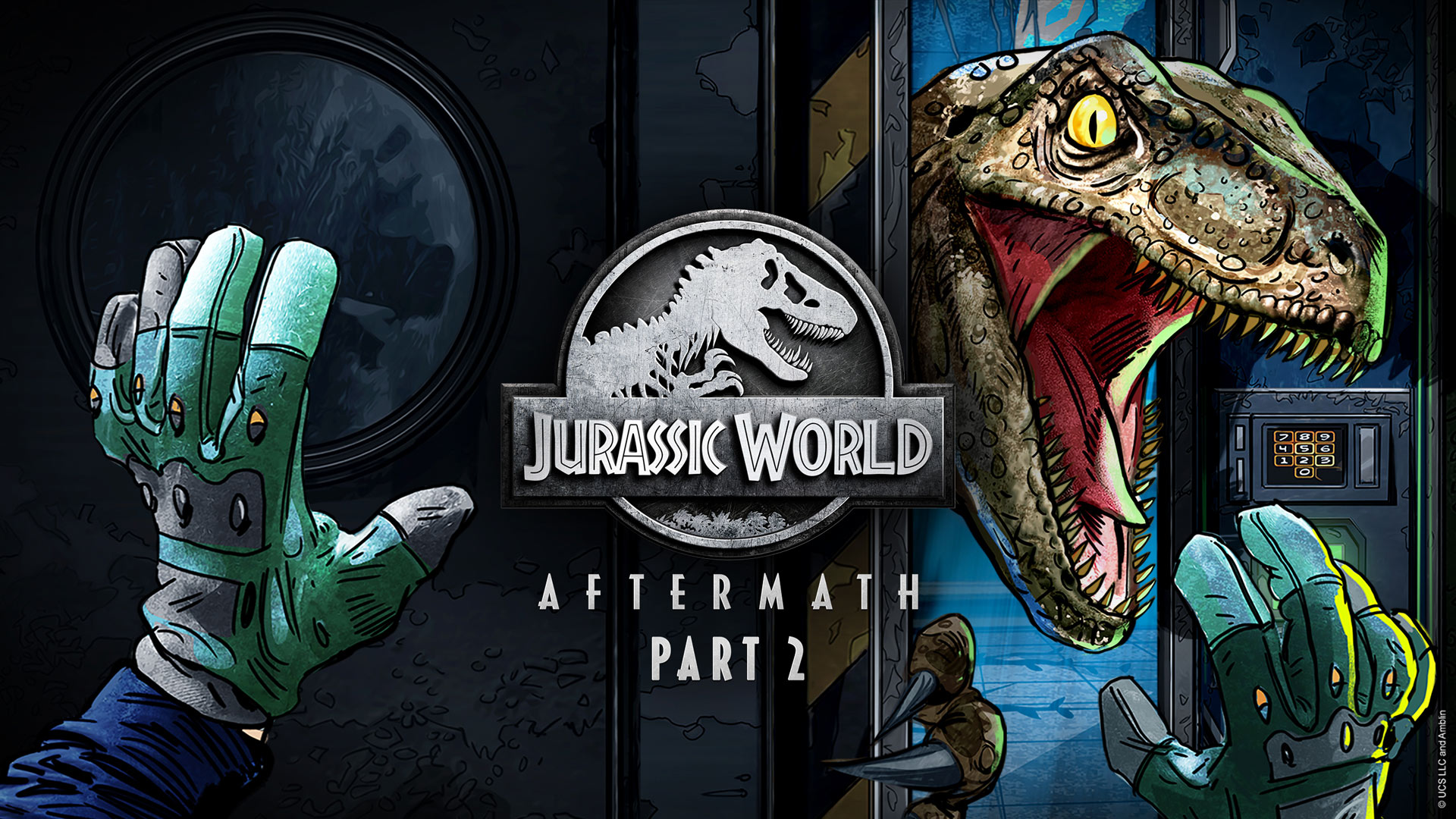 The Cretaceous game of cat & mouse on Quest, Jurassic World Aftermath, is due to get a major Part 2 DLC tomorrow which promises to bring new dino encounters, mini-game interactions, and a completion to the story started (and abruptly ended) in Part 1. We got an exclusive early look at the game with new details straight from the developers.

While we enjoyed Jurassic World Aftermath [our review here] for its strong gameplay design and excellent art style, it ran a bit short with an ending that felt like a blatant cliffhanger. Luckily we haven’t had to wait too long for the follow-up. Jurassic World Aftermath – Part 2 is set to launch tomorrow, September 30th. Although it will be sold as a DLC add-on to the main game—and at the affordable price of $15—developer Coatsink tells us that Part 2 is about the same length as the main game and will bring players to the conclusion of the story.

Road to VR got an exclusive look at a 45 minute section of Jurassic World – Part 2 and got new details directly from the developers.

Jurassic World Part 2 is a direct continuation of the story you started in Part 1. To jog your memory, you’re stuck on the island of Isla Nublar in an abandoned research facility. Things go terribly wrong (as they always seem to in Jurassic Park) and you find yourself playing a deadly game of hide-and-seek with velociraptors that stalk your every move. Between raptor encounters, the game has players interacting with the systems of the research facility to gather information, complete objectives, and progress the story.

Part 2 doesn’t seem like it will be bucking that overarching gameplay, but it’s mixing things up with more involved objectives, fresh mini-game interactions, and new dinos that will bring new gameplay challenges. While the raptors are still the start of the show, new dinosaurs will come in all shapes and sizes. The first new one I saw in my portion of the preview is a triceratops that—despite its imposing size—seemed quite friendly and was willing to help me with a puzzle. But the developers teased several others too.

On the smaller end of the spectrum is the adorable Compsognathus (AKA compie) which fans of the Jurassic Park series will be familiar with as being mostly benevolent but sometimes mischievous. That disposition will apparently carry through to Part 2, as the compies will act like a “roving alarm” that may call attention to players trying to sneak their way through the raptor-laden corridors. I just hope I can “shoo” them away with a flick of my wrist if they come close enough.

And then there’s two other dinos we spotted in Part 1—the flying Pteranodon and the vicious T-rex. This time around, the developers say, players will engage with both directly.

When you aren’t being chased by raptors you’re usually interacting with the abandoned research facility to try to complete various objectives. Part 1 included a handful of hands-on mini-games which was a fun break from being stalked by a deadly predator. Even various door locks and computer systems often had simple but generally fun interactions (think: a game of Simon Says).

Part 2 introduces a new set of these interactions and mini-games which, from my time in the preview, has served to keep things fresh. There’s a new door hacking mini-game where you spin a dial—like you’re cracking a safe—to allow key-like puzzle pieces to fit into place. As well as a ‘matching shapes’ type door hacking game—where the shapes become scrambled—which I know is going to make me kick myself when I mess up from the pressure of a raptor creeping up behind me.

As for the broader objectives, Part 2 has so far shown me more extensive and interactive scenarios. At one point I had to find several items in order to progress. This involved searching two different sections of the facility, using a laser cutter and a spectral analysis tool, placing the found items inside of a box, transporting the box by conveyor belt, and solving an environmental puzzle in the midst of it all. Oh and don’t forget, I was being chased by razor toothed monsters while I did it all.

Details From the Devs

I got to speak with Brian Gomez, Executive Producer at Universal, and Jon Davies, Head of Narrative at Coatsink about Jurassic World Aftermath – Part 2. The pair shared fresh details about the game, including a tease that it could one day come to other platforms.

First is the price and length of Part 2. The price is settled at $15 and will be sold as DLC inside the main game. They say players can expect 3.5–4 hours from Part 2, which would round out the complete game at about 6.5 hours and a total of $40. The pair also confirmed that Part 2 will bring the conclusion of the story (rather than it being kept for a Part 3).

When I asked Gomez & Davies what brought the abrupt ending of Part 1, they said they were (understandably) blindsided by the Coronavirus pandemic which disrupted the production roadmap as the team shifted to remote work. The decision was made pretty early on, the duo said, to cut the game into two (appropriately priced) parts in order to get the first portion of the game out rather than delaying it entirely.

And while there’s purportedly no plans for a Part 3, Jurassic World Aftermath could one day find its way to headsets other than Quest. Gomez & Davies didn’t have anything specific to announce but did tell me that game is “not Oculus exclusive,” which leaves the door open to one day seeing it on PC VR, PSVR, or elsewhere.