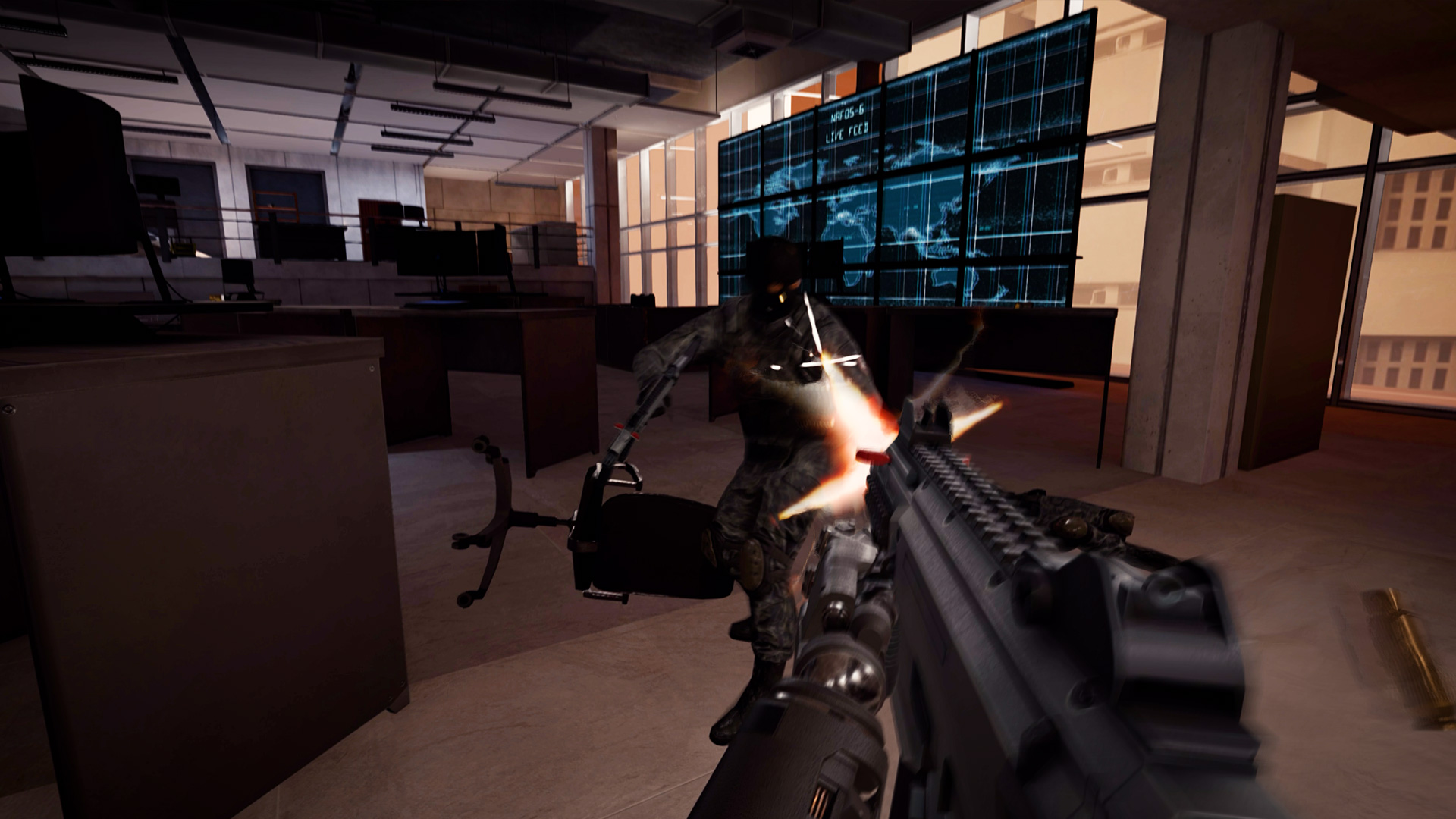 At today’s Meta Quest Gaming Showcase, the team behind Espire 1: VR Operative (2019) announced the spy-themed stealth shooter is getting a sequel.

Called Espire 2, publisher Tripwire Interactive and Digital Lode call it a “bigger-and-better sequel,” with launch on Quest 2 slated for November 2022.

“Your mission—should you choose to accept it—is to ultimately locate and stop the launch of an untraceable, supersonic missile, a true doomsday device,” the studios says. “Wield an array of high-tech gadgets as you go behind enemy lines and try to save the world for a second time.”

Set in the same world as Espire 1 (check out our full review here), the game lets you ‘pilot’ a deadly Espire Model 1 Operative espionage droid, which lets you operate it remotely from the safety of the Control Theatre.

Set in the year 2036, Espire 2 marks the return of Espire Agent POE, who emerges from a seven-year coma.

“POE is thrust back into the world of dark espionage as the centerpiece of the Espire project,” the studio says. “Now, with the help of two bleeding-edge droids called “Frames”, and an all-new arsenal of weapons and tools, POE must embark on a mission to eliminate the global threat imposed by the deadly terrorist organization, OPHIS.”