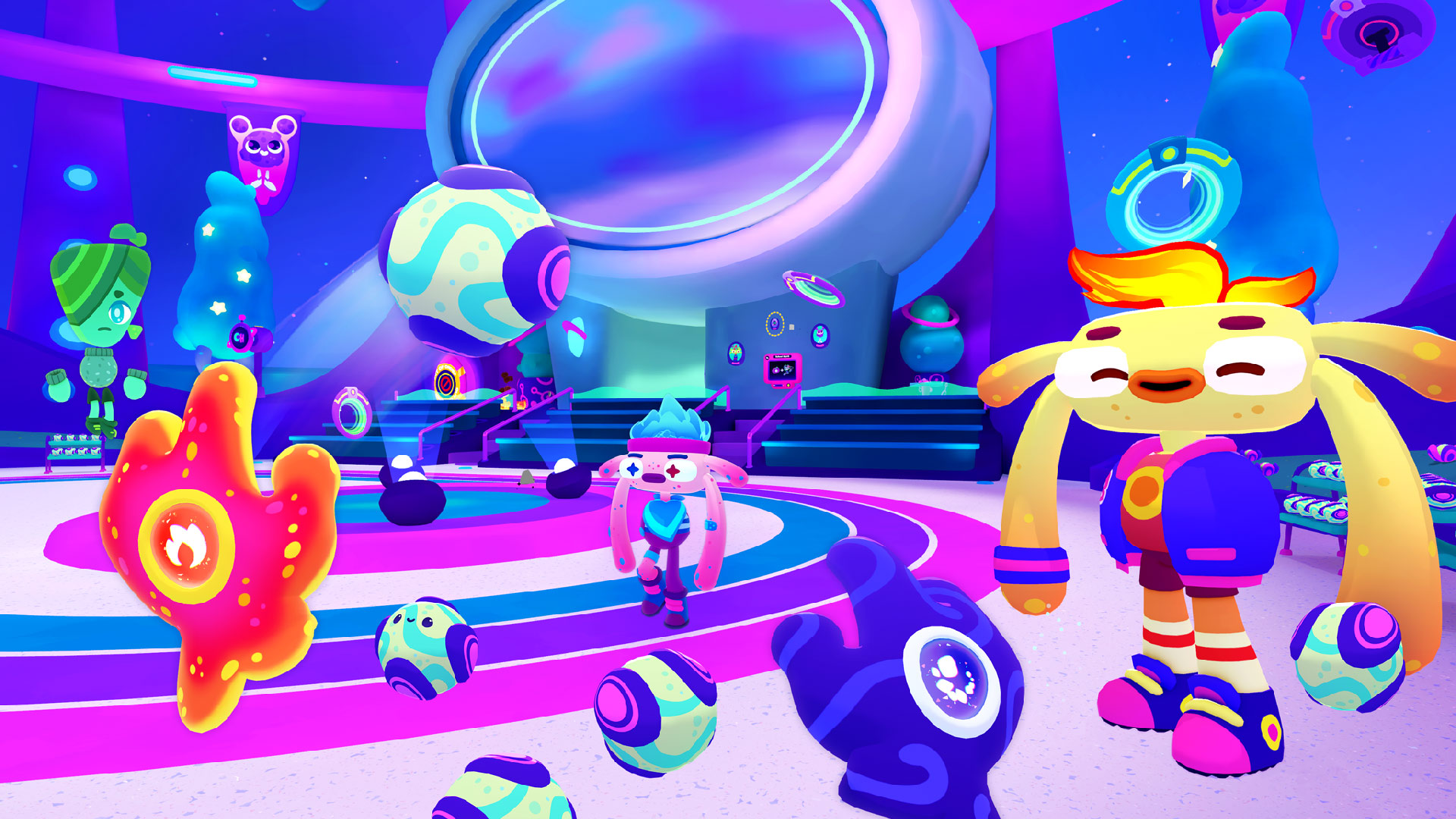 Google’s Owlchemy Labs, the VR studio behind Job Simulator (2016), announced that its upcoming game Cosmonious High finally has a release date for launch on PC VR and Meta Quest 2.

Owlchemy Labs hasn’t said anything yet about PSVR availability, however there’s no doubt in our minds that the pioneering VR studio (also now owned by Google) has a PSVR 2 developer kit.

The studio also included a new gameplay trailer, which we’ve linked above and below the article:

Original Article (September 21st, 2021): Revealed today, Cosmonious High launches you into an alien high school where you unlock powers in order to fix up the place post-disaster, and meet a quirky cast of characters who attend classes with you along the way.

Characters are said to respond to natural gestures such as high fives and fist bumps, which feels a bit like a natural extension of what we saw in Vacation Simulator (2019), which brought more user-to-NPC interaction to the table by way of gestured interactions. Here it seems you’ll also be able to select emotes from a speech bubble.

And like Vacation Simulator, Owlchemy Labs is offering up another “biggest space” it’s ever built with Cosmonious High, making for “one big interactive playground for your powers,” the studio says.

“With Cosmonious High, we’re breaking all the bounds. Players can go anywhere, interact with any character they see, and use their powers to resolve—or cause—as much chaos as they want,” says Chelsea Howe, product director at Owlchemy Labs.

Owlchemy Labs CEO Devin Reimer says it’s all about “interaction, inclusivity, and accessibility. We continue to push the boundaries of VR and we cannot be more excited to launch our first new IP in five years.”

Cosmonious High is said to support SteamVR headsets and Oculus Quest, and will arrive at some point in Spring 2022. There’s still plenty more to learn, and we’ll have our eyes peeled as Owlchemy Labs continues the drip of info leading up to launch.