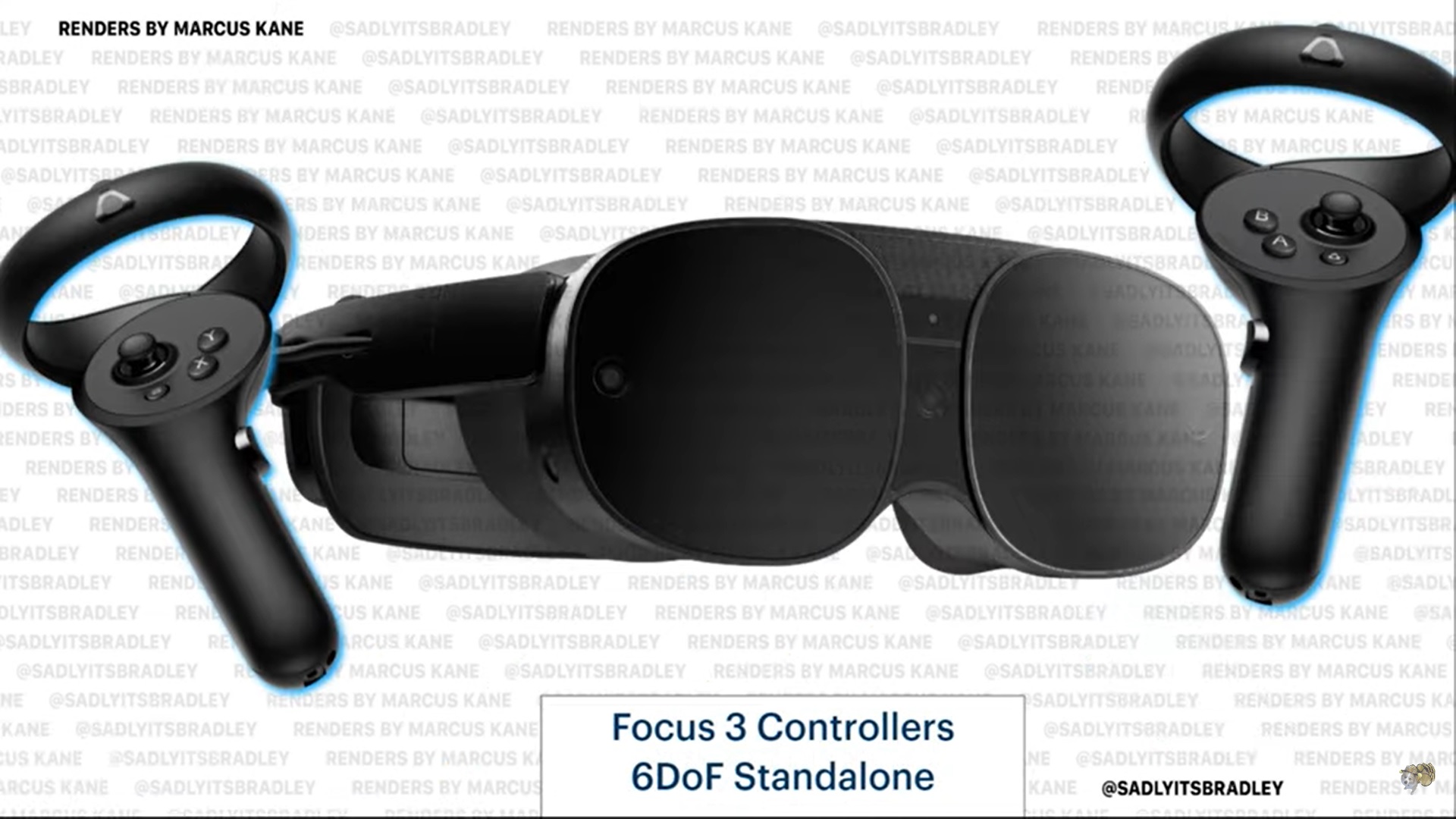 HTC has been teasing its next VR headset over the last few weeks, showing off bits of the device at a time which the company promises will be “something big… we mean small.” Now it appears the design and some of the specs have been leaked, with the details gathered courtesy of VR analyst and YouTuber Brad Lynch.

Info surrounding the headset—still nameless at the time of this writing—was gathered by Lynch from sources “mostly in the supply chain,” he says. Lynch dubs the device the ‘Flowcus’ for its apparent coupling of the light and slim form-factor of Vive Flow and the standalone capabilities of Vive Focus.

Images of the headset featured in Lynch’s 10-minute video (embedded below) are said to be renderings based on images seen by Lynch, something he says was done to retain the anonymity of the leak’s source, as leaked images apparently contained identifying markers.

The headset is said to contain four B&W tracking cameras and one RGB camera for passthrough. Controllers are supposedly the same as the those supplied with Vive Focus 3.

The headset is also said to include a removable facial interface, which presumably would allow for easily cleaning. That profile view also illustrates the device’s slim and light design.

And that’s apparently achieved by pancake lenses, which are slowly becoming the industry standard for VR headsets, with Meta Quest Pro and Pico 4 also integrating them.

Under that facial interface is also reportedly a USB-C port, which could be used for tacking on an eye-tracking module.

One of the unique bits about HTC’s alleged upcoming headset is its modularity; that port connection on the arm of the headstrap is supposed to allow the headset to go into a ‘glasses mode’ by allowing you to disconnect the headstrap/battery and use it more like a Vive Flow for casual viewing. Lynch alleges there’s also the possibility the USB-C port may be capable of connecting to a PC.

When in ‘glasses mode’, the arms are also said to fold up for easier storage, making Lynch’s ‘Flowcus’ moniker even more apt.

As a true standalone device, the headset is said to include a chipset “faster than the [Snapdragon XR2] in Quest 2,” Lynch says, also speculating it may be the upcoming Snapdragon XR2 Gen. 2, making it potentially the first such device to do so.

Provided this is the consumer-focused device it’s chalked up to be—and coming from the beleaguered HTC—we wouldn’t expect a low price putting it in competition with Quest 2 or Pico 4. You can check out Lynch’s 10-minute video at the below, which includes additional shots of the headset and more speculation of its supposed features.