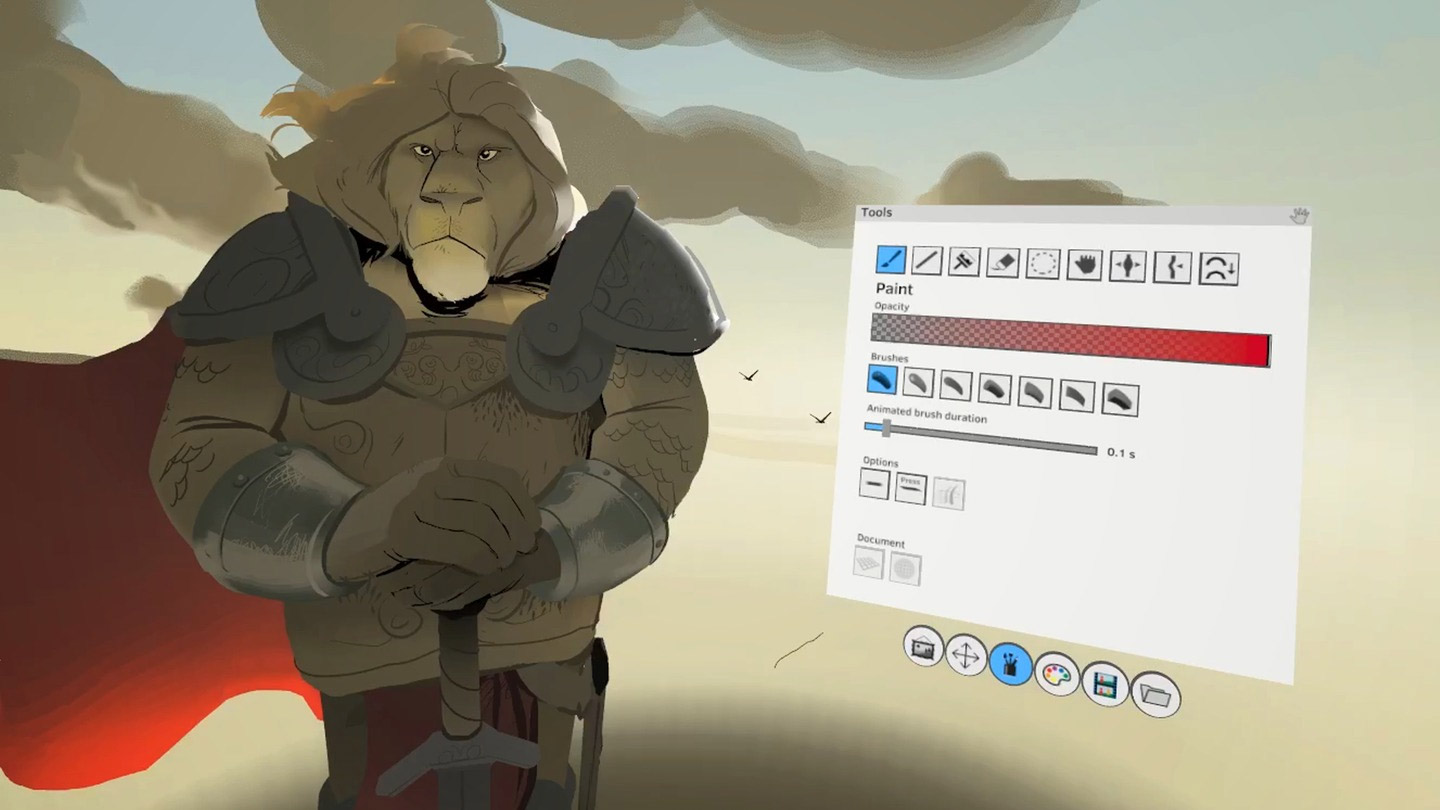 Though gaming is likely VR’s most visible use-case so far, it’s capable of so much more. Creatives are using VR for a wide range of artistic endeavors including painting, drawing, 3D modeling & sculpting, animating and more. If you’re interested in exploring your creativity in VR, here’s 11 tools worth checking out.

Added Adobe Substance 3D Modeler and details on its closed beta to the list.

First, here’s a quick breakdown of the tools and their capabilities, so that you can hone in on what kind of creative tool you’re looking for the VR headset of your choice. A note about the ‘Feature Focus’ categories below: while many of these tools may support all of the features in limited ways, we marked each based on the workflows they primarily cater to.

That’s the short and skinny, below you can check out more info on each tool to get a better idea what they, what skill level they’re built for, and their cost.

From the Developer: Tilt Brush lets you paint in 3D space with virtual reality. Unleash your creativity with three-dimensional brush strokes, stars, light, and even fire. Your room is your canvas. Your palette is your imagination. The possibilities are endless.

From the Developer: Dreams is a space where you go to play and experience the dreams of Media Molecule and our community. It’s also a space in which to create your own dreams, whether they’re games, art, films, music or anything in-between and beyond.

From the Developer: Quill is the VR illustration and animation tool built to empower artists and creators, whether to create final art or as a production tool for concept creation aid. Quill allows users to paint and animate in virtual reality on an infinitely scalable canvas with rich colors and intuitive tools. Quill is designed to be expressive, precise and to let the artist’s “hand” come through clearly, whether that’s a watercolor style, pencil style, oil painting style or other.

From the Developer: VR is a revolution in 3D asset creation and Medium by Adobe is the premiere VR creative tool. Sculpt and model in an immersive environment. Whether you’re a total beginner, aspiring creative, or professional artist, quickly and easily create 3D objects and expressive works of art. Kitbash hardsurface models with over 300 stamps plus snapping and constraint features. Export your asset as an OBJ or FBX. 3D print your model, use it in your favorite game engine, or bring it into another program for special rendering, compositing, and painting work.

From the Developer: Creating amazing street art would be much more fun without the jail time, and now you can! Kingspray is a Multiplayer VR Graffiti Simulator, with battle-tested realistic spray, colors, drips, metallics, and more! Using a wide range of caps, ultra-detailed environments and paint surfaces, unleash your creativity (just see what some of our fans have already created!) and express your style!

From the Developer: Think in 3D. Create in 3D. Preserve your design intent through the creative process! Communicate ideas in 3D at each stage, capture work as an image or model to use in other phases of your workflow. A powerful yet intuitive creation tool – express 3D ideas in real-time at any scale. Create loose free form sketches, detailed models, expansive scenes, and artwork unrestricted.

From the Developer: Create story prototypes such as animatics & previs, prototype XR apps, and make complete animated films. Prior knowledge of 3D content creation is not required to get started creating in Tvori. It’s easy to learn as you go! Use a library of simple shapes, props, and effects. You can also import 3D models, images, videos, and sounds. Export your work as videos, 360 videos, photos, 360 photos, VR experiences, and 3D models with animations.

From the Developer: Hand-drawn animation in VR combines the best parts of traditional animation with the advantages of digital content creation tools. Jump right into story telling, without worrying about topology, rigging or skinning. Create environment layouts, 3D story boards, animatics and whole experiences! According to industry animators, drawing 3D story boards in VR is just as fast as the traditional 2D workflow, but it gives you the freedom to move the camera anywhere you want!

From the Developer: Blocks lets you easily create 3D objects in virtual reality, no matter your modelling experience. Using six simple tools, you can bring your applications to life, create a volumetric masterpiece, or simply let your imagination run wild. Get inspired by others’ creations or publish your own to inspire the world around you. No matter your modeling experience, you’ll create beautiful 3D objects in no time.

Create sprawling, brilliant worlds and explore them with your friends! Invite your friends to an online game, then race to the finish with hang-gliders, or switch to climbing mode for even more fun. Discover thousands of amazing creations in the interactive gallery then remix them however you want! When you’re happy with your creation, you can upload to the SculptrVR content gallery and let others see the incredible things you’ve made.

From the Developer: MasterpieceVR is the easiest, most natural way to quickly create 3D content. Sculpt and draw using intuitive dynamic tools that let you easily create high quality models for use in games, animation, digital art, VFX, industrial design and 3D printing. Immerse yourself – create collaboratively with colleagues, friends, or teach others in real time in the same virtual space. Perform and engage with others using advanced Mixed Reality and room camera features.

From the Developer:  Substance 3D Modeler interprets spatial input from the physical world, allowing you to sculpt your model as you would in a real workshop. Use the natural, fluid gestures of the artistic flow. Switch between desktop and VR. Whatever your preferences, and the requirements of the moment, Modeler adapts to fit your needs. Use tools such as symmetry, repeaters, and linked copy variants to efficiently create and edit advanced structures. Build up your creations and sculpt fine details with a range of tools and organic primitives. Assemble and carve primitive shapes to create complex models such as buildings or vehicles.

Interested in seeing what talented artists can do with VR? Check out Anna Dream Brush and Rosie Summers.

Not finding the kind of creative VR tool you’re looking for? Let us know in the comments below.